To Eat or Not? How Daoists Classify Food

[Learn About the Dao 学道]

To Eat or Not? How Daoists Classify Food (1) 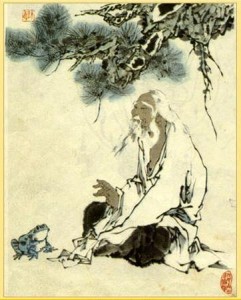 Poisonous drugs are good for attacking wayward qi while the five grains will nurture [proper qi]. The five kinds of fruit support it, the five kinds of meat increase it, and the five kinds of vegetables complete it. As you combine these food groups with proper regard for their specific nature and their unique tastes and ingest them regularly, you supplement essence and enhance qi. (22.4) 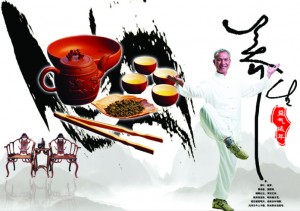 In addition to drugs, this divides food stuffs into the four groups of grain, fruit, meat, and vegetables, each with a unique impact on qi-flow and health. All foods are seen as medically potent and understood in therapeutic terms, serving different aspects of the person and also different people within society. This is also obvious in the Han manuscript Wushier bingfang 五十二病方(52 Recipes for Diseases) which contains numerous concoctions that can just as easily be read as soup recipes (Harper 1998).

Daoists similarly classify foods, focusing consciously on their potency for health and immortality. Although one will encounter drinking Daoists today, many historical sources are adamantly against the consumption of meat and wine. The Huangsu sishisi fangjing黃素四十四方經(Scripture of Forty-Four Methods of Yellow Simplicity), cited in the 7th-c. encyclopedia Sandong zhunang 三洞朱囊(Pearly Bag of the Three Caverns, DZ 1139), is one of the most radical:

The five kinds of meat are axes and hatchets that murder the organs. Wine and sex are inner and outer coffins that bury the body. Only if you eliminate the harm done by the axes, block the death represented by the coffins, and find inner restfulness can you walk on the path to long life and gradually follow the road to immortality. (4.5a)

Before that, the Taiping jing 太平經 (Scripture of Great Peace), classifies immortals according to food.

Question: The upper, middle, and lower [immortals] who attain the Dao and go beyond the world—what do they eat?

Answer: Those of the first level absorb wind and qi; those of the second level ingest medicinal flavors; those of the third level eat little, reducing what passes through their stomach and intestines. (Campany 2005, 109)

This reflects the hierarchy of Daoists: those in the beginning stages eat vegetables and simple grains, digested in the normal way but supporting the balance of qi. More advanced ones supplement, and increasing replace, vegetables with concoctions or “herbal formulas” (yao 藥). Those moving closer to immortality eliminate all food and absorb qi, bypassing normal digestive processes to reorganize their internal system (Jackowicz 2006).

The same system is also, in some more detail, presented in the Laozi shuo Fashi jinjie jing 老子說法食禁戒經 (Prohibitions and Precepts on Ceremonial Food as Revealed by Laozi), a Tang-dynasty manual. It notes that “in high antiquity, people ate only primordial qi and managed to live for millions of years,” and states categorically that the highest form of eating—after not eating at all—is living on qi.

Beyond that, however, the text ranks different kinds of food, placing the omnivore at the bottom, adding grains and mushrooms above the vegetable category, and redefining “herbal formulas” in terms of minerals:

Following this, the text specifies five basic kinds of food: qi, herbal formulas, grain, fruits, and vegetables. Qi as a form of nourishment means practicing “healing exercises and embryo respiration,” as well as the Six Healing Breaths (see Despeux 2006). Herbal formulas include minerals and plants to “harmonize blood and body fluids, preserve and nourish body and spirit, calm the spirit soul and settle the will, and in general expel all wind and dampness, thus greatly enhancing life and extending old age” (Kohn 2004, 125).

Grains include “corn, millet, hemp, wheat, wild and cultivated rice, as well as various kinds of beans,” useful for strengthening the organs, enhancing qi, and helping body harmony. The last two are fruits and vegetables: eat them in appropriate portions and well prepared. All these kinds of food make up “ceremonial food” (zhaishi 齋食), food eaten in Daoist institutions at the main meal before noon and shared ritually with donors, gods, and all beings.

Eating in the Daoist environment thus involves all kinds of foods used in Chinese dietetics, joining it in its exclusion of dairy products and cold foods, such as ice cream or sodas popular in the West. It follows the same principles as Chinese dietary therapy, selecting food combinations and cooking methods to balance the individual’s qi both in terms of personal tendencies and geographical or seasonal variants. Also like Chinese dietetics, Daoist cooking uses herbs and spices, selected for their qualities as much as for their taste, and emphasizes life-style basics, such as serenity of mind and moderation in sensory and culinary experiences.

While building on a solid base of traditional Chinese dietetics and medicinal foods, Daoist eating also has its own peculiarities. For one, it favors the use of more subtle herbs and avoids highly heat-producing agents, such as garlic and onions. For another, it sees its goal as reaching beyond health and long life to a state of energetic and meditative transformation described as immortality. To this end, it encourages practitioners to reduce and eventually eliminate the ingestion of grains, replacing them increasingly with medicinal concoctions and breathing techniques. Ultimately Daoist eating becomes non-eating, the pure absorption of qi in accordance with the greater universe, the attainment of oneness with Dao and a subtler, more spiritual form of self-identity.

This entry was posted in Ancient Wisdom, Learn About Dao and tagged Classification of food, Daoist. Bookmark the permalink.

2 Responses to To Eat or Not? How Daoists Classify Food