While materials are continuously reacted with photons of the environmental reactions, materials can change total amount and frequency distribution of photons from the inside. Another words, the photon signals and photon distribution have been changed. Therefore, the structure and distribution of the material has been changed too. Each material has its special characteristics. Because material wants to keep almost perfect condition, material does not want to change itself. Another words, material don’t want the external environments to change material inner structure. Therefore, material will produce a self-protection system from the inside. This system is called photonic signal transmission system.

Under this circumstance, this system will produce a self-signal communication system to against the environmental change. This is an automatically self-defense system. Through evolution, this system is called life system. Under this concept, the living system must be very populous. Any system, which has photonic signal transmission can, can create a living system. Based upon this definition, human life is a very perfect living system. In order to adopt the environmental change, human life has developed a perfect photon signal transmission system. This system is called meridian system in the classical Chinese medicine. Life is always under these two conflict conditions: living at always changing environment and sustaining at internal consistent status.

As we know that molecules are composed of protons, neutrons, and electrons. Usually, protons and neutrons are very steady and not move at all. Electrons move in very fast speed. Free electrons inside the metal can move freely in the electrical field. Gaseous and liquid states because of their special flowing characteristics can flow whole molecules. Thus, it is not very significant for electrons to transmit the signals. However, in solid electrons are very important to transmit the photon signals. The electrons at the most external outer layer of nucleus of the metals are restrained very weakly. Therefore, electrons at the most external outer layer are very easy to become free electrons.

In solids, electrons in the metals are the medium to transmit the signals. Under the meridian system of Chinese medical theory, there is a human signal system, which is mainly composed by metal elements distribution, called an electrons meridian system. In solids system, there are many different chemical elements and metal elements distributed unevenly inside the different meridians. For example, there are many different types of mine distributed in the earth. Electric conduction ability is different in different site of the animals, human beings, or even plants. These different electric conductions can explain the metal distribution difference in the solids.

No matter human beings, animals or plants, or non-living subjects, there must exist all available systems to transmit the signals within systems, which can include molecules meridian system and electron meridian system. But the most basic, direct, and fundamental transmitting the signals are to use the photons as mediums. The photons signals transmission system, which is called photons meridian system, is compatible to the meridian system in the classical Chinese medicine.

This is because the photons are the most basic particles, they are the fastest, most direct, and most fundamental medium to transmit the signals between materials. The photons can transmit through materials without any other substance assistance. Photons can be as medium to transmit and is a very convenient signal transmission substance. Working under the photon meridian system, human body, animal body or other non-living body will develop one other signal transmission meridian system. For example, human body is composed by numerous cells. There must be medium signal meridian system between cells.

There are many different small basic particles, which are smaller than electrons, between the photons and electrons. Therefore, there must many different corresponding particles meridian system. One thing we can be certain that all their existing is to transmit the basic particles of the matters. Thus, internal signals can share within the system. Therefore, the original system and environments can coexist very well to prolong the life. 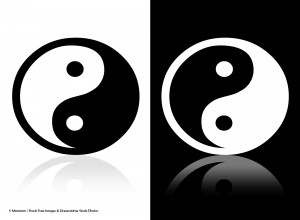 In Chinese medical theories, we apply meridian system to treat disease such as acupuncture treatment and massage. By using this method is to find the fundamental cause of the disease. While human beings are getting sick, their photon signals are different from the normal healthy body. This is because one of the areas of the meridian system has problem. The photon signals itself which are surrounded the human body have problem not fitted for human being to live. The photon signals transmission route of the human body are blocked.

If human beings have lived on the earth long enough and have already received too much photon signals from the environment, the photon signals have been altered too much from the original photon signals. If human being getting sick because of this, there is no person can cure this disease under this particular circumstance. The only method is to find a suitable location on the earth to exchange the over-exposed photon signals with natural environment. Probably, this sick person can prolong his life. Or by using natural passing away method, it can revive his life a new life to convert to become a new material of life.

By taking Chinese herbs or western medication, our body can increase the ratio of the chemical substance to treat the corresponding diseases. This method can also cure diseases. Different plants represent different characteristics, which can absorb different frequency range of photon signals from the environment. Thus, these plants will accumulate different substance inside. In the other words, each different plant must contain one special different ratio substances inside. At the same token, different animals or even different parts of the animals also contain some specific signals to treat its corresponding diseases.

We have to emphasize that chemical substance must be organic natural chemical elements. Because of no matter how complicated human thinking is, it is still impossible for human to comprehend all possible variables in chemical substance. Even the disease seems to be cured at that time, it won’t be some part of the disease unable to be complete cured. This probably because different substance is created by different photon signals, it will represent different corresponding photon signals. These corresponding signals will also change the altered photon signals inside the human body to reverse to normal signal condition. This is the way to cure the disease by itself.

The acupuncture treatment and massage can change the photon signals of the human body to cure diseases. However, if we put the acupuncture needles at the wrong acupoints, it may destroy certain types of photon signals even more seriously or even make some function complete out of work, such as blindness, deafness, speechlessness or even death.

We also have to explain that how the photon signals are transmitted on the earth, because the earth are coexisting life system of human beings. When human beings begin to extract all different mines on the earth, it also destroys the signals transmission route of the earth. Thus, while extracting the mines at one side, it will also increase the signals strength on the other side. These changed photon signals will cause many more severe natural disasters.

We conclude with one experiment regarding the acupoints: By using photogenic detection technique to detect cold light on the superficial skin of human body, it has found that human skin has continuously to emit extreme weak visible light. The peak value of the spectrum ranges from 380-420 nm. The strength of the light emission is related to the ages and personal character. Each different location of human body has different light emission strength. Well acupoints have stronger light than all other acupoints. We can look the photon signal transmission system to explain the meridian system. Photon transmission function is more complicated than any other areas. Thus, light emission strength at the acupoint is also stronger than any other region in the human body.

[About the author:  Feng Jun ZHAO is an associate professor of physics at College of Mathematics and Information, Xinjian Normal University.  Email: xjcjzfj@sina.com ]

This entry was posted in Scientific Qi Exploration. Bookmark the permalink.