Behavior as Symptoms of Energetic Imbalance

Behavior as Symptoms of Energetic Imbalance

Karen and Josh said they wanted me to help them fix their marriage.  That is why they were sitting on the couch in front of me, complaining about each other.  She was “too domineering”, he said, “overly controlling and bossy”.  “Well, I wouldn’t need to be if you would just pull your own weight around the house.  You leave everything up to me and then get upset  if I am not cheerful when  I try to get it all done”  “What are you talking about?” he bellowed.“  You are such a control freak; I don’t get to contribute to anything in our lives unless it is on your terms.”  This is the kind of dialogue you would expect to hear if you were a fly on the wall of a psychologist’s office.  But would someone in our field consider these appropriate patients with problems readily addressed by OM?  From my perspective, absolutely!

We learn early in our studies that there are emotional expressions of the major medical theories of OM.  For example, Five Element theory suggests that each element includes not only organs, grains, colors and directions but correlating experiential states as well.  Yin yang theory differentiates between experiences by defining them as negative or positive.  Zang fu theory gives a doctor the ability to predict a patient’s experiential tendencies, the patterns governing mental state and behavior, through diagnosis of the internal organs.

For every organ, chi or blood related syndrome, you will find correlating behavioral and attitudinal changes as well as physical symptoms.  The patterns of expression can be dramatic, as exemplified by the argument quickly developing between the above quoted spouses.  Alternatively, subtle changes can seep into one’s thoughts without much notice.  As imbalance progresses, a patient may come to experience his entire life through a symptomatic web of thoughts and feelings.

My first experience working with marital problems was in 1984.  Julie and Jeff had come to me for help with two physical health problems.  He had a shoulder injury from falling off a ladder and she was a migraine sufferer.    While their marriage had become comfortable and neither had severe complaints, the spark had vanished years ago and, try as they might, they could not re-ignite it.  There was bitterness below the surface of their everyday dialogue and activities.  They touched this pain gingerly, without much skill and only infrequently, as they had no idea how to heal it.  Typically, a couple with this situation might seek the support of a psychologist.  However, four months into their individual treatment plans, I began to see changes in the way they interacted.  Through strengthening with OM modalities, the energetic dynamic within each individual became more grounded, functional and attractive to the other.  Their marriage naturally began to run more smoothly.  They told me the bitterness between them was more easily approached.

Following my observations with Judy and Jeff, I noted that many patients suffered with behavioral symptoms.  Darwin was the CEO of his own company.  He had achieved significant success and was at the top of his industry. Now in his late 40s he complained of a rift developing between himself and his wife, Angela…  His sexual desire for her had increased substantially over the past few years.  While he insisted that this was a compliment to her and a testament of his loyalty, she felt used and angry.  Neither understood why his amorous yearnings created distance between them.  She insisted that he was “taking advantage” of her while he felt rejected for wanting to give his beloved of 18 years his affections.  Several sex and relationship therapists had failed to help them and their marriage was seriously breaking down over this issue.  He came to see me for aid with his chronically high blood pressure.  The medication given to him by his physician was having sexual side effects, which further exacerbated this situation.

When men or women live workaholic life styles, there are energetic ramifications.  One that you may be familiar with from your practice is yin deficiency, either in the zang fu or systemically.  When the body runs too quickly and too hard for too long, it will begin burning yin as fuel for the generation of yang.  Anatomical soundness is sacrificed for extended physiological capacity.  The endocrine system is often utilized in this pattern because it is the chemical means by which the body communicates with itself.  In Darwin’s case, one part of his body needed to tell another part to acquire more energy or the entire machine would begin to break down.  So his body began over producing testosterone.  Testosterone is the hormone primarily responsible for increasing sexual desire.  Sex, according to OM theory, can then be used as a means of acquiring yin chi from one’s partner.  As men have less yin chi than women, this pattern is more often expressed as men having heightened desire for female partners, though women may also express this symptom.  Though he did not intend to, Darwin was using the act of intercourse to extract his wife’s chi, replenishing his own, overworked system.  She was correct.  He was taking from her.  However, the level of the exchange was unfamiliar to both of them.

Our work lowered his blood pressure thus decreasing his need for medication.   It took only a few, short months of treatment to begin replenishing the yin that had been sacrificed in the building and running of Darwin’s company.  As a result, his desire level became more comfortable for both of them and harmony was restored.  He, Angela and I had a single discussion during which I explained the situation to both of them.  They left relieved and no additional psychotherapy was required.

You will find that many of your patients present with behavioral and attitudinal symptoms.  Being well-learned in the area of energetic diagnostics as it pertains to the “non-physical” aspects of life will serve you well as a practitioner.  I will be teaching more on this subject at the up-coming Pacific Symposium and hope you will join me in this exploration. 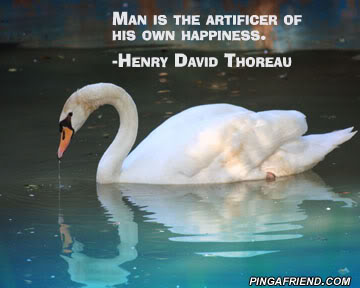 Born in Los Angeles and raised in a medical family, Felice Dunas, Ph.D., is an acupuncture industry founder, international lecturer, published author and executive coach. She earned her Bachelor’s degree in Sociology/International Health Care from UCLA, and her Doctorate degree in Clinical Chinese Medicine and Pharmacology from Samra University.  She uses ancient principles of the body and human behavior to enhance the lives of individuals, couples and corporate executives. Having lectured in over 60 countries, she addresses health, vitality, interpersonal intimacy and sexuality. Dr. Dunas is the author of the best-selling book from Penguin-Putnam, “PASSION PLAY: Ancient Secrets for a Lifetime of Health and Happiness Through Sensational Sex”.

This entry was posted in Healing through Pleasure and tagged behavior as symptom, energetic imbalance. Bookmark the permalink.