Illuminate the Dao — Be What You Want to See

Be What You Want To See

This video link in today’s article is an integral part of the theme. I hope you will take about five minutes to watch it before reading the rest of the column.

The Ghandi Rap – be the change you want to see

Gandhi was certainly an exceptional man who understood the power of creating his world, and he used that knowledge in the face of seemingly-overwhelming adversity to create the great freedoms he wanted for humanity.

What he understood with startling clarity is this: Your world responds to your every thought, your every feeling, your every breath, so be what you want to see! He focused on what he wanted and let nothing distract or detract from that vision.

For many people who observe in the world and then reflect back on to the world the dark and gloomy happenings, this is a reaction cycle. In merely reacting, you become a cog in the machinery, thinking and moving in unison with all the other gears in this amazing mystery we call Life without getting into the driver’s seat behind the wheel. To truly experience the wonder and joy, you need to become the driver, just as Gandhi was the driver, the force behind the movement.

For further contemplation on this idea of a leaderless leader, consider this excerpt from Derek Lin’s translation of Daodejing verse 7:

Therefore the sages:
Place themselves last but end up in front
Are outside of themselves and yet survive
Is it not all due to their selflessness?
That is how they can achieve their own goals

Gandhi simply became what he wanted to see.

A few days ago, there was a Facebook post made by an acquaintance of mine who states he is going to make our city more spiritual. I smiled in wondering by what criteria it was that he judged the lack of spiritual quality of our city, and wondering how he could “make” the people of a place more spiritual or awake or aware or conscious. (Thinking of Gandhi again, he may guide them only as long as they are willing to follow, and that is their choice, not anyone else’s!) If indeed his surroundings are reflection of himself and his feelings and his beliefs, would it not be more appropriate to make himself more spiritual and allow his surroundings to follow?

In Higher Truth, you can only change the world by spiritually and mentally being the change you want to see. In terms of health and wellness when your “world” is your physical body and you want wellness, the first place to start is with your thoughts, feelings, and beliefs, which feed your actions, and your actions create your physical reality. A very simple example would be that your thought is that you want to lose 10 pounds. Your feelings and beliefs tell you that happily jogging in the fresh air and sunshine would be a great way to do that. The action of jogging follows, and you lose the 10 pounds. Please notice you are not out there thinking of losing the 10 pounds, you are out there feeling happy and enjoying the sunshine and fresh air, and the loss just naturally follows.

Pure and simple, that’s how it works. It’s not always easy to see how you got “here” from “there,” but to get back to “there” again, to regain health and wellness, get some good feelings around it and set your mental course on being the wellness you want to see! And, for heaven’s sake, don’t let anyone talk you out of it!

I’ll use Steven Mitchell’s translation of verse 29 of the Daodejing to assist in illustrating this principle.

Do you want to improve the world?
I don’t think it can be done.

The world is sacred.
It can’t be improved.
If you tamper with it, you’ll ruin it.
If you treat it like an object, you’ll lose it.

The Master sees things as they are,
without trying to control them.
She lets them go their own way,
and resides at the center of the circle.

Here’s how it can work for you:

Do you want to improve the world?
I don’t think it can be done.

The world is sacred.
It can’t be improved.

Your desire to improve the world requires you to make a judgment that there is something in the world that needs to be improved and there is always the possibility your assessment of the situation is incorrect. You have no way of knowing if your change would do more harm than good in other ways; forcing a change often has unanticipated consequences.

The paradox in this statement is that, since you are component of this world, if you change yourself, you will change the world!

If you tamper with it, you’ll ruin it.
If you treat it like an object, you’ll lose it.

In my opinion, this is a direction reflection of some health-care systems that look at you only as a bundle of separate systems, not an integrated whole.

If you tamper with your health in such a way that you treat one part at a time, you may very well ruin it with too many disassociated cures that create reflective negative, undesirable symptoms in other areas. I give my uncle as an example: he takes two medications for two specific diseases, and then 17 other medications have been added to control the subsequent side effects of each of the additional medications. Has this made him healthy? Not at all.

Returning to Gandhi and his life, there were certainly times when he was all of these things: ahead and behind; in motion and at rest; vigorous and exhausted; safe and in danger. The one thing that never wavered was his belief and intention. In the face of all adversity, he steadfastly continued to be the change he wanted to see.

In mattes of health, your wellness will come as a direct result of the same kind of unwavering belief and intent which will inspire the ideas and put into motion your actions to attain it.

The Master sees things as they are,
without trying to control them.
She lets them go their own way,
and resides at the center of the circle.

Observe all but do not try to force change from outside.  Trying to control things will not work because there are always unforeseen consequences to forceful acts that, as previously observed, often cause more problems than solutions.

Instead, go into your inner, spiritual center, decide what you want to be, and open yourself to the inspiration that will guide your choices to correct, harmonious actions that will bring you into alignment and Oneness with the Dao. 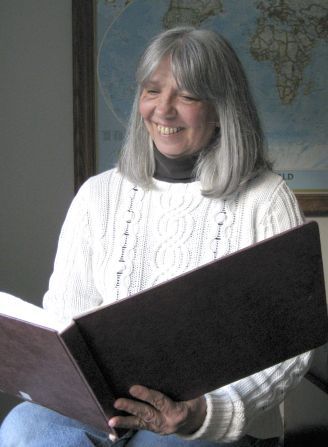 [Rev Michelle K. Wood holds a degree in Holistic Relaxation Therapy from Natural Health Institutes, has been a student of the Yijing since the early 1990s, and embraced the philosophy and shamanic roots of Daoism at the beginning of the 21st Century. Two years of participation in kirtan led Michelle to study the archetypal vibrations found in Sanskrit mantras and develop a wellness program utilizing Sanskrit bhajans (devotional songs). Knowing that all wellness has its foundation in strong spiritual connection, Michelle’s Everyday Enlightenment programs and services help you transform emotion and attitude into positive, life-enhancing lessons through Consciousness and Awareness Development techniques such as qigong and meditation. She also teaches meditation and qigong classes and workshops for wellness through Central Oregon Community College. Website: http://www.everyday-enlightenment.com ; email: michelle@everyday-enlightenment.com

This entry was posted in Illuminating the Dao and tagged Gandhi, Tao de Ching. Bookmark the permalink.