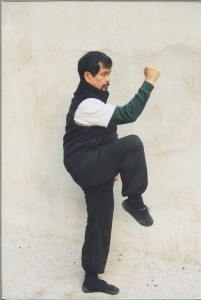 In the presence of several knowledgeable martial artists, I recently mentioned the Traditional Yang Family Tai Chi Chuan Chang Chuan form. Nobody recognized it. Not even the  master who had studied many systems.

Yang Jwing Ming, the famous martial arts author and teacher in Boston, does not appear to have studied or heard about it himself. In his book “Tai Chi Theory and Martial Power” published in 1996, he does not mention it. He does say, however, that:

In his list of Tai Chi Chuan forms in the same book, nothing is mentioned about Long Boxing/Chang Chuan which seems to show that he did not know of  the existence of the Tai Chi Chuan Chang Chuan form when he wrote the book in 1996.

Jou, Chung Hua, author of the book “The Tao of Tai Chi Chuan,” one of the most comprehensive books on Tai chi Chuan, did not mention it either. (1)

Neither did Zheng Man Zhing, the legendary Tai chi chuan master and “Master of the 5 Excellences,” nor martial arts authority Robert Smith.

Nor did Wayson Liao, author of “Tai Chi Classics,” which is probably one of the best books on Tai Chi Chuan. It is only one of two books I know of that list the 34 or so types of jing (the other is Yang, Jwing Ming’s cited above). More than any other book I have read, it lays a program for the development of fa jing (transfer or discharge of energy). Sadly, it does not mention Tai chi chuan Chang Chuan, although it suggests auxiliary training like the weapons, and especially the sword.

What he also said significantly is, “… the modified form of Tai chi became today’s Tai Chi Chuan, or the so-called Tai Chi Exercise. This is the Tai Chi practiced publicly in China today; it is the Tai chi Dance, also called the Chinese Ballet by some Westerners.

In these modern times, a person may receive instruction in and practice the art of Tai Chi for years, and, regardless of which style is being taught, still stands a very good chance of learning only ‘public Tai Chi.’

In other words, most of the Tai Chi practiced today is not the original Tai Chi, and it is devoid of meaning… It is when a person becomes serious in the study of Tai Chi that the search for the authentic art, the temple style, begins.

One can only then appreciate the courage and dedication of the masters who have preserved the line of temple Tai Chi down through the centuries. This is our heritage.” (pp. 14-15).  I wonder what he would have said about Traditional Yang Family Tai Chi Chuan Chang Chuan.

That many Tai chi chuan practitioners do not know – or at least do not mention – Chang Chuan is a mystery, isn’t it?

Chen Weiming, who studied with the legendary Yang Cheng Fu, mentioned the form in his book on the Tai Chi Chuan sword and gave the names of the postures, but he did not explain or illustrate them.

There are also varied ways of doing the forms depending on the frame (Small, Medium and Large) and levels (Snake, Tiger and Crane). What became popular was the slow Solo form in different versions, especially the Large Frame, Crane level, which Yang Cheng Fu taught publicly. In the public perception, this slow form became identified as the Yang Family Tai Chi Chuan.

In the book “Tai Chi Touchstones: Yang Family Transmissions” translated by Douglas Wile, Yang Cheng-Fu is quoted as saying that there are fist and weapons forms. Among the fist forms, he mentioned the Tai chi chuan solo form and Long Boxing. I claimed in an earlier article entitled “Yang Family Tai Chi Chuan Curriculum” (written originally for and published in Rapid Journal) that the solo form is the 108 movement set while Long Boxing is Chang Chuan.  Depending on the lineage, different schools call the Chang Chuan form differently. Sometimes it is called Small Frame Form or Fast Form.

Among the children of Yang Cheng Fu, it was the oldest son, Yang Sau-Chung, who mastered the curriculum of the family.

He was only 18 or 19 when he was regarded as a master of the art and taught in his father’s behalf. The other children learned, but not as extensively since they were still small when their father died and they learned from each other and from older relatives.

Yang Zhendo, the third child, and the most popular, promotes not the traditional Yang Family forms, but the Wu-shu style competition forms.  It is probable that the two older surviving children may have learned the Tai Chi Chuan Chang Chuan form, but we have no way of verifying at this point.

According to Vincent F. Chu, son of Chu Gin-Soon of Boston, one of the surviving children, Yang Zhen Ji,  claimed to have studied the form; Vincent also said that there are a couple of books on the Chang Chuan form in Chinese.

Master Gin Soon Chu of Boston, Massachusetts, second disciple of Grandmaster Yang Sau-Chaung, teaches the Chang Chuan form in his school. It was directly from him that I learned Traditional Yang Family Tai Chi Chuan Chang-Chuan in the early 90s. Chu sifu teaches Chang Chuan when the student is ready for it. When it is taught at all, it often comes after at least 5 years of training, i.e., after the Solo form, Push Hands, staff-spear, knife and sword, and sometimes the 2-man sparring set (san-sou).

Note some of the names like “Shoot the Goose” and “Fishtail Single Whip.” The postures are actually similar to “Shoot the Tiger” and “Single Whip” respectively but with some variation in the speed and the trajectory and form of the hand.

Although the names of the Chang Chuan postures are the same as in the solo form, they are different in the execution, so much so that the two sets appear to be from different schools. In the Chang Chuan set, one version of the Single Whip has the right hand open, that’s why it is called a “fishtail;” in the “Shoot the Goose” posture, the strike is upwards.  There are other differences.

It is true that the Chang chuan form is shorter than the 108 solo form, but because of the fast movements alternating with slow movements, the Chang Chuan is more difficult and tiring.

What is it in the Chang Chuan form that makes it an essential training for martial art?

The Chang Chuan form is not the solo form done slow and fast. It is an entirely different set. I have no information as to when it became part of the Traditional Yang Family Tai chi chuan curriculum. But unlike the solo form, it seems to have undergone the least change through its history.

The form is unpredictable. One time the practitioner is moving slowly and then suddenly, without warning, goes fast and back to slow. Unlike the solo form that’s done slowly throughout, you can actually change the speed of the Chang Chuan form as you wish. Sometimes the person doing it begins to look like a cartoon character or a clock that’s been wound up.

There are many explosive martial techniques in the form. You can picture the slow movements gathering chi and the fast movement discharging it. There are also kicks and jumping movements in Chang Chuan that are not in the solo form. Some people call it Tai chi Fast Form,” because some of its movements are fast; others call it “Fa Jing Form” because of its explosive movements. But to Traditional Yang Family Tai chi chuan practitioners, it is “Tai Chi Chuan Chang Chuan.”

It is always a pleasure to watch a good performance of the Traditional Yang Family Chang Chuan set. This unique set is a real heirloom. No wonder the Yang Family taught it only to their close relatives and trusted students.

We are fortunate that the faithful practitioners of Traditional Yang Family Tai Chi Chuan like Sifu Gin Soon Chu of Boston have rescued the Chang Chuan form from obscurity and shared it with their students. Now, like the classical solo form, Chang Chuan can be a gift to the Tai chi chuan world.

1. I am not sure either if he verified his information about the Yang Family, but he said that Yang Cheng Fu “had four sons. They are teaching Tai chi in either Hong Kong or Hawaii.” (p. 47).  He must have had in mind the descendants of Dong Ying Jieh who lived in Hong Kong and Hawaii. The children of Yang Cheng Fu lived in China and Hong Kong. Only Yang Sau-Chaung lived in Hong Kong. The rest of the children lived in China. The Tung family re-settled in Hawaii. The most famous was Dong Ying-Jieh’s son, Tung/Dong Hu-ling, who died many years ago in Hawaii. I interviewed his son Tung (now spelled Dong) Sheng Chen and grandson Alex Dong and observed their classes doing Fist and Knife and Sword forms at the Chinese school in Oahu’s Chinatown. One of the senior students, a disciple of Tung Hu-Ling, privately demonstrated some of the forms to me.

2. Master Gin Soon Chu prefers to describe the lineage system he teaches as Traditional Yang Family Tai Chi Chuan as distinguished from other derivatives of the style (like Cheng Man-Ching’s and Wu-Shu competition forms).

This article was first published in Rapid Journal, an internal arts magazine in the Philippines edited by Daniel Go, a Tai chi chuan teacher and martial arts scholar. 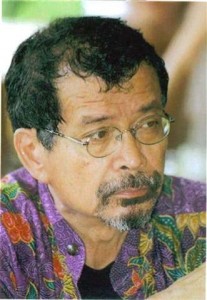 RENE J. NAVARRO, Dipl. Ac. (NCCAOM), a licensed acupuncturist, is a senior instructor of the Healing Tao. He edited Grandmaster Mantak Chia’s  “Greatest Enlightenment of  Kan and Li” and “Sealing of the Five Senses,” manuals in the high Taoist spiritual practice of internal alchemy,  “Chi Nei Tsang Internal Organs Chi Massage,” the master guide on abdominal manipulation, and “Dao-In,” the book on meridian activation and muscle stretching. His training in Chinese arts started 50 years ago when he studied Shaolin Dragon-Tiger Kung-Fu with Master Johnny Chiuten and later with Grandmaster Lao Kim of the Philippines and Hongkong.  In 1989 he was chosen Healing Tao Instructor of the Year.   Rene has been studying the curriculum of Traditional Yang Family Tai Chi Chuan, including fist and weapons forms and Push hands under Masters Gin Soon Chu and Vincent Chu, lineage masters of the system. Aside from a diploma in acupuncture and certificate in Chinese herbology, Rene holds a Bachelor of Arts degree in political science and a Bachelor of Law. In an earlier incarnation, he worked as a lawyer for indigent clients. He teaches on four continents. For more information, go to www.renenavarro.org