The Healing Properties of Fermented Foods is a survey of more than two hundred research sources recently published by Traditional Chinese Culture Institute International, (http://www.tccii.com).  In this introductory article Dr. Nawalinski summarizes they key points of the paper for readers.  You can read the complete paper as a free PDF download with reference citations and a full bibliography. 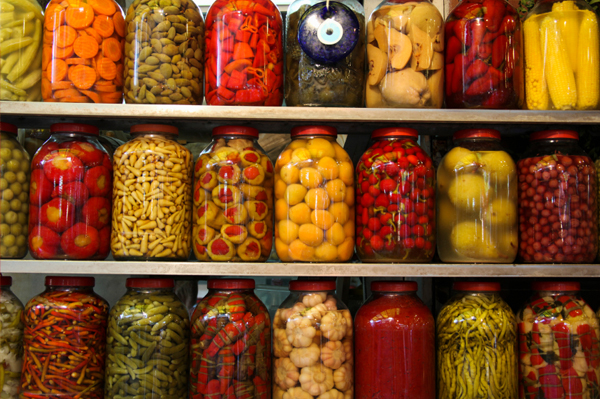 Fermentation of food products refers to the anaerobic decomposition of carbohydrates, serendipitously yielding lactic acid (as in the production of yogurt and sauerkraut), ethanol (wine and beer), and carbon dioxide (the rising of bread). Yeasts (Saccaromyces) do the fermenting of grapes or grain in the production of wines and beers and degrade starch to produce the bubbles in rising bread.

Virtually every culture throughout history has had fermented foods;  some of these may seem quite bizarre and some are so common that we don’t even realize that chocolate, tea, coffee, salami, pickles, and soy sauce are among the items we eat daily that depend on lactic acid bacteria for taste and nutrition.

To appreciate fermented food, we need to appreciate the roles of the active agents – lactic acid (“probiotic”) bacteria – and one of their important products – vitamin K. 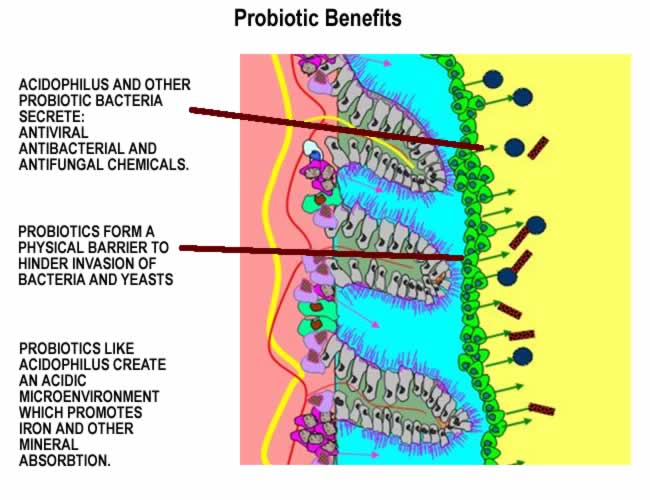 Probiotics can be taken as supplements to modify the human gut flora but, as with all foods, the components are best taken together. A lot of research has been done with one or a few bacterial species independent of any food product and the results of their activity are impressive.

A three-month trial among 281 children who attend day care centers showed that those receiving a fermented milk product had significantly fewer upper respiratory tract infections compared to the placebo group.

Women with recurrent vaginitis reported improvement after using glycerol suppositories impregnated with Lactobacillus.  Even taking the probiotic orally alleviated symptoms because the gut flora is known to exert far-reaching effects outside the intestinal tract.

Vitamin K is found in dark leafy greens but the most important analog of the naphthaquinone complex is found in fermented foods or is produced by the anaerobic bacteria in your colon. Vitamin K

It’s important to note that your intestinal flora is best balanced by the regular consumption of a variety of real fermented foods. Subjects totally deprived of all ferments developed a modified gut flora and a decreased immune response. It was not until they resumed a normal diet of a variety of ferments with both cultured and wild strains of LAB that the volunteers returned to pre-testing blood and fecal counts.There are hundreds of fermented foods to investigate.  Some of the benefits of a selected few of these foods may prompt you to investigate more exotic options for your menu.

Sauerkraut:  Fermentation of cabbage preserves anticarcinogenic isothiocyanates, which may be destroyed by high temperature cooking, as well as decreasing dangerous nitrates and nitrites.

In vitro, a component from kimchi, beta sitosterol, inhibited a vital gene for expressing cancer.

Miso:  This tasty ferment from Japan makes a wonderful broth and is highly protective against breast cancer: two very large studies totalling 37,000 women followed for 25 years showed that the group eating the most miso had almost 50% less breast cancer, but even moderate consumption showed some protection.

Yogurt:  Studies in the US and the Netherlands showed yogurt to be protective against colorectal cancer. A French study showed a negative association between yogurt consumption and the risk of breast cancer.

Yogurt with live Lactobacillus acidophilus decreased the colonization of Candida in the rectum and vagina and reduced the infection rate in women with recurrent infections.

Natto:  You likely never heard of this fermented soybean food from Japan, but its active component, nattokinase, is unmatched in its ability to degrade the blood proteins which form fibrin clots. Regular consumption may help to clear the bloodstream of potentially dangerous deposits. Nattokinase also degrades the protein fibrils which comprise the amyloid strongly associated with Alzheimer’s Disease.

In spite of the wealth of research available on probiotics and fermented foods, many basic facts and mechanisms remain unknown. But it seems that science is gradually confirming what traditional cultures always somehow just knew: that fermented foods are special foods, able to nourish us deeply and help keep us healthy. Make them a part of a continuing series of healthy life choices. If this is a new part of your life adventure, enjoy the trip, the discoveries, and the tastes.

Ted Nawalinski, Sc.D., has more than 36 years’ experience in Chinese Internal Kung Fu, Tai Chi, Qigong and meditation. For the last 15 years he has devoted most of his attention to Taiji, Qigong, and the healing properties of foods and meditation.  His classes with elderly people in the western suburbs of Philadelphia offer a holistic approach to wellness, with nutrition and exercise advice to complement the movement and breathing of Taiji. Ted is a lifelong biologist and brings a global perspective to his interest in fitness and health.

This entry was posted in Daoism, Food as Medicine. Bookmark the permalink.

One Response to The Healing Properties of Fermented Foods