Are You an Expert?

The mastery of any discipline can be broken into three stages. This will be illustrated from Chinese Medicine, Art and Martial Arts. Although seemingly unconnected, analogies between these subjects can be understood by means of Yin-Yang theory. 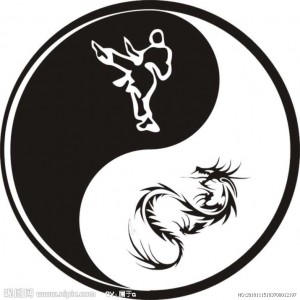 One aim of martial arts, art and medicine is to develop a better human being. The danger of just practicing the Yang part (self-defense) of Kung Fu, without a Yin part (art and medicine), could create an insensitive thug. Moreover, the martial and fine artist were subject to gentlemanly rules of conduct in Asian societies.

The following excerpts of advice for Chinese physicians illustrates that they must also practice self-cultivation: ” . . . Medicine is the art of humanity . . . only integrated with no false character, tranquil and serene, can a person discuss the subject of medicine . . . Those that enter my gate should know that the distress of others is also mine … Do not ask if a patient is noble or poor … Do not cultivate fame and money . . . Do not boast of your knowledge and ability.”

First, the connection between Yin-Yang theory and art will be examined. Consider paintings of birds. Nature is shown as a balance of the yielding Yin (foliage) and the unyielding Yang (rocks, trees). There are dynamic (insects, birds) and the quiescent (trees). The sharply outlined, colorful birds and the blurred, duller flowers; the dark and the light; the solid and the gaseous sky. All things contain both Yin and Yang. The branches, for instance, appear both indistinct and yielding (Yin) and sharp and solid (Yang). The artist uses his skill to portray an ideal of balance and harmony on rice paper

In each person, as in every landscape, there are signs that, when balanced, define beauty or health. If the signs are out of balance, the person is ill or the painting is ugly. Hence, the Chinese doctor looks at a patient the way an artist looks at a landscape – as a particular arrangement of signs in which the essence of the whole can be seen. The physician, however, uses his perception to recognize disharmony and then applies his specialized skill to try and restore health by balancing Yin and Yang in his patient.

The usual comparison of art and martial arts emphasizes that art is a Yin activity while martial arts is a Yang activity. However, in Kwong Sai Jook Lum Praying Mantis combat is a mixture of Yin and Yang just like a painting or a description of a disease according to traditional Chinese medicine. For example, to throw a punch you must be relaxed (Yin) to make your punch speedy. Just as you are about to strike your opponent, you suddenly exert a lot of force and become Yang. If the opponent blocks your punch, instead of trying to exert more force (Yang versus Yang) to get by his parry, you become soft (Yin) and spin around his block in the direction of the exerted force, striking him and becoming Yang on contact. 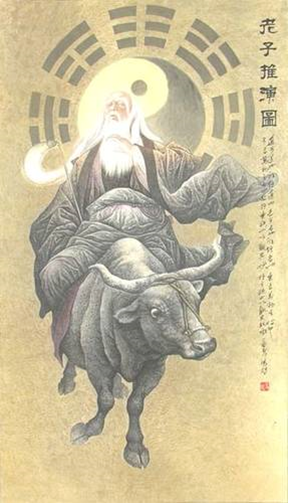 A Praying Mantis practitioner develops short power, the ability to exert tremendous force from a short distance. Therefore, a punch need not be finalized until the instant before striking and you can also attack again without withdrawing the attacking arm. Blocking, kicking, grappling and using weapons also turn the opponent’s power against him, just like a wall reflects a thrown ball. Combat then becomes time varying mixture of Yin and Yang – an analog of a picture or diagnosis which cannot be captured in a still photograph. You must see Master Mark in person or on a videotape of his hands to appreciate this flow in combat developed through years of sensitivity training in a monastery.

It is interesting to speculate why so many classical martial artists were good painters and vice versa. The reason might be that both types of artists have the ability to see patterns and forms. This ability was especially important in classical training. The teacher did not explain anything and frequently only showed a technique once. The student then had to practice the technique thousands of times until he mastered it to the Master’s satisfaction. Many Masters, in private, have told me that many of their fellow classmates could not learn techniques correctly.

Yin and Yang energies circulate in the ventral and dorsal parts of the body, respectively, determining their nature. the toughest parts of the body, which are more resistant to blows, are the dorsal and exterior surfaces of the arms and legs and also the back. The inside surfaces of the arms, legs and body are more sensitive. In these parts the skin is softer and more easily bruised.

Life energy also plays an important role in Chinese painting. To transmit the quality of life to a painting, the brush itself must be infused with spirit. This is the first principle of the six canons of painting. Without the quality of Chi, without a sense of vitality, the painting will be lifeless, regardless of the correct technique.

The advanced martial artist must also learn to control his Chi flow. Short power involves an explosive flow of Chi from the Dantian to the striking surface. He or she must also be able to transmit Chi to others and to remove Chi from others. This process can be used to heal people and also for self-defense, where it is called “Dim Mak”. Dim Mak is the antithesis of acupuncture producing illness or death by disrupting the Chi flow. Chi can also be used in defensive manner, as a shield, so that the martial artist can resist blows, even with weapons, to vulnerable parts of the body. Just as Chi is transmitted to the artist’s brush, the martial artist also transmit Chi to weapons. For example, Chinese swords were inferior in construction to Japanese swords. The swordsman’s Chi was thought to strengthen the weapon.

Acupoints also have a Yin and Yang character. Striking the Ming Men can produce death. Sometimes moxibustion on this same point can resuscitate a dying person. A strike to Lung 5 can cause a KO; needling this point on the arm which has not been struck is the antidote.

The concept of “centering” is used loosely in the literature as an advanced trait of the martial artists or painters. The artist becomes so engrossed in what he or she is doing that most other stimuli are ignored, just like in one-pointed meditation. This state produces many beneficial effects to the body and mind. In olden times, martial artists had to repeat a technique thousands of times, a form of one-pointed meditation. The use of art for centering may be more important for modern day students who only practice each technique a few times and are always looking for new tricks or styles to learn.

Becoming centered, as described above is good for one’s health; it does not make one an expert martial artist. For example an artist may be so engrossed in a painting that he or she fails to respond to an attack. In contrast, a fly engrossed in eating, will instantly try to evade a swat.

Learning and mastering any subject, whether it is self-defense, medicine or art, can be broken into a series of stages. Only a few examples in each stage will be given. The reader will be able to supply his own examples and understand the stages better after he has spent some time studying Kung Fu.

The first stage is called “wang-o” or forgetting the self. The novice concentrates on simple techniques and learns the mechanical aspects through repetition. For example, in self-defense, the student might first learn a single punch. The budding artist first learns to hold the brush and draw a straight line. The apprentice physician might learn to tell if the pulse is Yin or Yang. Later the movements are combined and refined until they become like a dance. However, you are still aware of yourself and must concentrate to perform the techniques. Eventually, you don’t have to concentrate and can perform the movements automatically.

The next step is called “tse-jan.. At this stage the movements are very natural and you develop your own style.

The third stage is called “wu-wei.” You are beyond technique and live in the “now.” You react spontaneously and naturally to what is happening at the moment. Suddenly, a picture pop’s into the artist’s mind and he draws the masterpiece without thinking. The martial artist counters a surprise attack unconsciously. The physician instantly knows what is wrong with the patient with no apparent examination.