The key factor in behavioral kinesiology, as described in detail by John Diamond in a 1979 publication, is the thymus gland. Located in the solar plexus, it was acknowledged by the ancient Greeks as the central seat of vitality. “Thymus is the stuff of life, vaporous breath, active, energetic feeling and thinking, material very much related to blood” (Spencer 1993, 47). The gland, although known to exist, was ignored in Western medicine for the longest time as not having a specific function, since it—like jing in Chinese medicine—grows during puberty, is reduced in adulthood, shrinks to a miniscule size during sickness, and shrivels up completely after death (Diamond 1979, 10). More recent studies have shown that the thymus gland, like the central elixir field, is the center of immunological surveyance and works to produce lymphocytes, i.e., the white blood cells responsible for the immunological reaction in the body. Connected energetically to all the different organs and extremities of the body (1979, 28-29), it prevents disease and cancer if kept strong.

Not only the central, but also the upper and lower elixir fields have a match in the West. The upper field is obviously the brain with its major center of mental and emotional processing. Reactions in the brain divide into two types: good and bad, pleasant and unpleasant. Usually the bad, unpleasant emotions are afflictive, negative, and destructive; they tend to cause people to withdraw or move away from the object or circumstance that caused them. Good, pleasant emotions are beneficial, positive, and engaging; they make people approach and seek out the object or circumstance that caused them (Goleman 1997, 34).

In terms of brain chemistry, withdrawal reactions are located in the right frontal cortex, while approach reactions are activated in the left frontal cortex. People are born with a tendency toward one or the other dominant activation: those with more right frontal cortex activity are more emotionally volatile, get sick more easily, have a harder time recovering, suffer from numerous ailments, find much difficulty in their communities, and die earlier. People with dominantly left frontal cortex activity are more positive, do not submit to stress, will not catch colds even if exposed to germs, and live longer and happier lives. The dominant mode of reaction can be changed through learning and systematic training, notably through detached awareness and mindfulness practice, such as advocated by traditional Buddhists and Daoists alike (1997, 68-69; Begley 2007, 226-33). 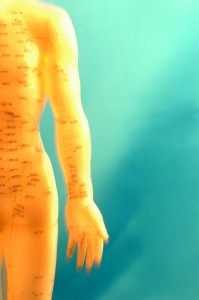 The lower elixir field, the center of transformation in Daoist practice, in Western physiology matches the abdominal brain, the seat of inherent, spontaneous intelligence, in the vernacular described as gut feelings or intuition. A popular medical idea in the late nineteenth century (see Bedell 1885), it has re-emerged in recent research as the seat of an active enteric nervous system that governs the well-being of the person (McMillin et al. 1999). Its activation is best known from Zen Buddhist practice, which requires a tightly held upright posture as well as conscious breathing and control over the diaphragm (Sekida 1975, 84).

Behavioral kinesiology claims that all illness starts at the energy level (Diamond 1979, 25). This matches the traditional Chinese contention that an imbalance in the body’s system manifests on three levels. First, there are the initial signs of an illness, which may be very subtle and perceived merely as a slight irregularity by the patient. Second, these signs grow into specific “symptoms,” detected by the physician in a thorough examination. If left unchecked, these may further develop into a full-fledged “syndrome,” which creates invasive disharmony both in the body and the social life of the patient (Kohn 2005, 63).

It also claims that the musculature of the body is immediately in contact with, and responsive to, any energy changes in the entire system and that, therefore, health and well-being—and, by extension, the benefits or harm of certain substances and the truth or falseness of a given statement—can be verified in a so-called kinesiological muscle test. In essence, this consists of the subject standing with one arm held out straight and a partner or tester trying to push it down. If the thymus gland, and thus the immunological system, is working well, if health is strong, if the examined substance is beneficial, or if the statement thought about is true, there will be a bounce or spring in the arm and it will not budge. In the opposite case, the muscles are weakened and the arm will easily be pushed down (Diamond 1979, 14-21). Just as a weak muscle signals energetic imbalance in this system, so the traditional Chinese understanding claims that strong, vibrant muscles mean the presence of proper qi-flow (zhengqi 正氣) and health in the body. The practice of acupuncture, meridian-based massages, and tapping accordingly serves to enhance energy flow and immunological strengthening as well as an increase in harmonious living in self and society.

Another Daoist practice that finds a match in science is placing the tongue at the roof of the mouth. Modern kinesiologists call this the “centering button,” a place that opens the body’s central power lines and releases stress (Diamond 1979, 31). In addition, matching the physical exercises of traditional daoyin and modern qigong, kinesiologists have found that when there is too much synchronous activity on either side of the body, it will suffer a cerebral-hemisphere imbalance and weakened muscles, a state they describe as “switching” (1979, 40). In other words, the subtle energy lines of the body need to be activated by using the opposite arm and leg as much as possible, creating a sense of good body coordination. The lines are also impacted by any kind of metal that may be placed in the body’s center and prevent proper energetic integration (1979, 43). Positive energy is further enhanced by wide, open gestures, such as the spreading of arms in a blessing or the welcoming of loved ones at a reunion (1979, 49)—movements often seen in Chinese exercises where the qi is gathered or spread by opening the arms wide.

In other words, the muscles of the body provide a clear indication of well-being and serve as a major way of enhancing health and longevity, which in turn have an immediate impact on social and political harmony in the community.

Practices to stimulate the thymus gland and thus increase the vitality of the individual as outlined in behavioral kinesiology closely match the repertoire of traditional Daoists. They include:

Within this overall framework, John Diamond has a few specific recommendations. Most generally, he suggests that one should find a “homing” thought, a mental vision of oneself in a pleasant and stress-free situation, such as in nature, on a beach, or with loved ones, and practice smiling both inwardly and to others, to create an internal harmony and relax the facial muscles (1979, 47, 49). He also emphasizes the energetic benefits of beauty, as found in poetry, music, painting, art, and natural landscapes and suggests that one should regularly take so-called energy breaks by reciting poetry, looking at nature, viewing a painting, or walk about with the arms swinging (1979, 39). All these are practices Daoists have embraced for centuries, living in beautiful natural settings, pursuing arts and music, and practicing calming meditations such as the Inner Smile, where the facial muscles are relaxed and the internal organs viewed with sympathy and kindness (1979, 124).

In addition to widely recognized pollutants, such as denatured food, neon lights, smoking, and various irritating chemicals, Diamond also advises against contact with ugly sights and shrill or intensely pulsing sounds since they lead to “therapeutic weakening” (1979, 62). This, too, matches traditional Daoist rules against energetic pollution through encounters with dirt, death, or violence. Diamond especially singles out the weakening agents of aggressive art work and advertising as well as noise pollution through traffic, television, and rock music (1979, 65-66). In terms of practical objects, he suggests avoiding the use of sunglasses, wrist watches, nylon hats, wigs, and high heels as well as of metal chairs and seat cushions, mattresses, sheets, and clothing made from synthetic fabrics (1979, 74-77). 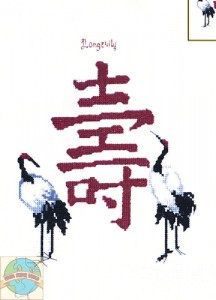 The modern scientific examination of the body’s musculature and essential glands in behavioral kinesiology shows that, as Chinese physicians and Daoists have contended for millennia, it is a finely tuned energetic system consisting of key energy centers and power lines, described traditionally as elixir fields and extraordinary vessels. This system can be used to best advantage and enhanced in performance and longevity by taking certain basic precautions and following a few key daily practices. These include conscious breathing and movement, control of the environment and sensory input, as well as efforts toward positive emotions and virtuous living.

The overall result of such practices, which are neither difficult to learn nor hard to do, is the realization of what F. M. Alexander—the founder of the widely effective Alexander Technique of physical integration and a forerunner of Moshe Feldenkrais and Thomas Hanna’s Somatics—called “the possibility of physical perfection.” This is a state of complete health, much more than the mere absence of illness or symptoms. Health here means an integrated balance of physical well-being, personal happiness, good fortune, and harmony, a state of overall wholeness in which people go beyond being discreet entities separate from the outside world and instead become active participants in the triad of heaven, earth, and humanity. Physical and energetic perfection as pursued in Daoist body cultivation as well as in behavioral kinesiology is thus key not only to greater well-being and personal satisfaction but also to the realization of a harmonious society and new world order.

Kabat-Zinn, Jon. 2005. Coming to Our Senses: Healing Ourselves and the World through Mindfulness. New York: Hyperion. 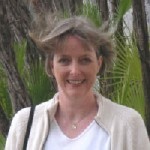