The Extraordinary Meridians or Vessels (3)

The Extraordinary Meridians or Vessels (Part 3) 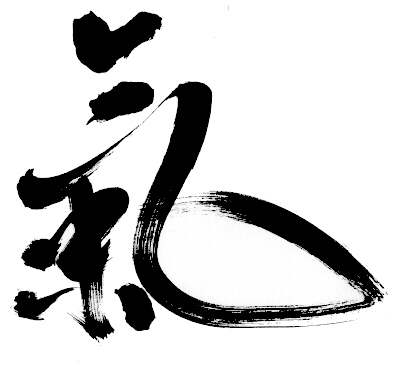 Qiao can be translated as “heel” or “to stand on toes.”  The Yin and Yang Heel Vessels are also called Bridge Vessels since they act as a bridge to link the body’s stored Qi with areas requiring Qi to ensure a balanced distribution of energy.

The Yin Heel Vessels begin at K 2 (Ran Guo, on the medial side of the foot, distal and inferior to the medial malleolus, in the depression distal and inferior to the navicular tuberosity).  It ascends  to K 6 and then to K 8 and continues up the medial aspect of the leg to the inguinal region, where it enters the genitals. From the genitals, it travels up the anterior abdomen and the chest to ST 12 (Que Pen, in the midpoint of the supraclavicular fossa, 4 cun lateral to the anterior midline). From ST 12 it travels to ST 9  (Ren Ying,  Level with the tip of Adam’s apple where the pulsation of common carotid artery is palpable, on the anterior border of sternocleidomastoid muscle and along the cheek to Bl 1 (Jing Ming, .1 cun medial and superior to the inner canthus of the eye, near the medial border of the orbit), as shown in Figure 7.

At Bl 1 it meets the Bladder, Du and Yang Qiao Mai vessels.  From there some sources state that it rises upwards and enters the brain.

15. Functions and Uses of the Yin Heel Vessels

The Yin Heel Vessels control the Yin of both sides of the body.  They influence the regions of the body through which they pass (the legs, male and female reproductive systems, lower abdomen in females, head and eyes).  They can be used for the following problems,

(a)  To treat symptoms of Excess in the Yin Heel Vessel resulting in cramping of some leg muscles on the medial sides, which rotate the legs inward and invert the feet.  With this condition if a person is relaxed and lying supine, the legs will turn inward or the feet will invert.

(b)  To treat Deficiency in the Yin Heel Vessels causing the feet to turn outward and also insomnia.

(c)  To balance the right and left sides of the body’s structure.

(d)  To treat the symptoms of Excess in the Lower Burner in women such as abdominal distention, abdominal fibroids, masses and lumps, difficult labor, or the retention of the placenta.

(f)  For eye diseases due to Excess in the Yin Heel Vessels such as heavy sensations of the eyelids or an inability to open the eyes while trying to stay awake, watery eyes, congestive headaches, migraines; sleepiness.

(g)  To treat Deficiency of the Yin Heel Vessels that can lead to insomnia, headaches at night, cramps or convulsions, and worsening of symptoms during the evening.

It originates at Bl 62 (Shen Mai, in the depression directly below the external malleolus) and travels behind the heel to Bl 61 (Pu Can, 1.5 cun inferior to the center of the depression, midway between the prominence of the lateral malleolus and the posterior border of the Achilles tendon, in a tender depression on the calcaneum). It continues up the calf to Bl 59, up the lateral aspect of the leg to GB 29 (Ju Liao, on the lateral aspect of the hip joint, at the midpoint of a line drawn between the anterior superior iliac spine and the prominence of the greater trochanter).  Then, it goes up the back to the scapular region at SI 10. It continues to LI 15 and LI 16 and then travels to the face and connects with ST 4, ST 3, ST 1 and Bl 1 where it meets with the Bladder, Du and Yin Qiao Meridians. From there, it travels over the head and terminates at GB 20.  See Figure 8.

17.  Functions and Uses of the Yang Heel Vessels

The Yang Heel Vessels control the Yang of both sides of the body and influence the regions through which they pass. They can be used for the following problems.

(a)  To treat symptoms of Excess in the Yang Heel Vessel resulting in cramping of some leg muscles on the lateral sides, which rotate the legs outward and evert the feet.  With this condition if a person is relaxed and lying supine, the legs will turn outward or the feet will evert.

(b)  To treat Deficiency in the Yang Heel Vessels causing the feet to turn inward and sleepiness.

(c)  To treat Excess Yang in the Yang Heel Vessels leading to problems such as hypertension, spontaneous sweating, head sweating, paralysis of the arms and legs, swelling of the body, pain in the joints, thigh tumors, and not being able to bend (stiff back and waist).

(d)  To treat Excess Yang in the Yang Heel Vessels leading to eye problems such as pain, dry and itchy eyes, difficulty in closing the eyes, and insomnia.

(h)  To treat acute Excess conditions of the lower back like painful spasms or invasion of Cold and pain along the leg Bladder Meridians.

(i)  To treat Deficiency symptoms such as lassitude, weakness and fatigue during the day, which improve as it turns darker.

The Yin Linking Vessels begin at Kd 9 (Zhu Bin) and ascend on the medial sides of the legs, the abdomen and the chest until the center of the male nipples or St 17 (Ru Zhong, in the fourth intercostal space, 4 cun lateral to the anterior midline).  At St 17 the Vessels they divide into two sets of branches.  One set of branches connects with the Conception Vessel in the neck.  The other set becomes Yin Yu (Surplus) Vessels and run from the chest over the shoulders following the Pericardium Meridian to Pc 6 (Nei Guan, 2 cun above the transverse crease of the wrist, between the tendons of m. palmaris longus and m. flexor radialis).  From Pc 6 it flows into the palms.

19. Functions and Uses of the Yin Linking Vessels

(a)  To treat Blood Deficiency resulting in headaches in the back of the neck.

(c)  To treat Yin and Blood Deficiency, especially if there are also mental symptoms like anxiety, unrest, and insomnia.

(d)  To Tonify the Heart for symptoms such as fullness, pain, or stiffness in the chest, accompanied by nightmares, depression, apprehension, and timidity.

They originate at Bl 63 (Jin Men, on the lateral side of the foot, in the depression posterior to the tuberosity of the fifth metatarsal bone and ascend the lateral sides of the legs and back to SI 10 (Nao Shu, when the arm hangs down in adduction, the point is directly above the posterior end of the axillary fold, in the depression inferior to the scapular spine).  SI 10 is the point of intersection of the Yang Linking and the Yang Heel Vessel.  From the SI 10 points, both Linking Vessels splits into two sets of branches.

One set of branches ascends the sides of the neck and head to GB 20 (Feng Chi, in the depression between the upper portion of m. sternocleidomastoideus and m. trapezius, on the same level as a horizontal line immediately below the external occipital protuberance), where it meets the Governing Vessel.

The other set of branches are Yang Yu Vessels which flow down the back sides of each arm following the trajectory of the Triple Heater (Burner) Meridian to TB 5 (2 cun proximal to the dorsal wrist crease in the depression between the radius and the ulna, on the radial side of the extensor digitorum communis tendons) and then into the back of the hands.  See Figure 10.

21. Function and Uses of the Yang Linking Vessels

(a)  To treat Excess symptoms like pain in the lateral sides of the head, neck, trunk and legs (along the Gallbladder Meridians), alternating chills and fevers, rashes, night sweats, dizziness especially if they occur during weather changes.

(b)  To treat ear diseases caused by Liver Fire rising (tiinitus, deafness, etc,) and also due to Gallbladder problems.

(d)  To treat Deficiency symptoms such as loss of energy and strength, feelings of coldness and lack of body heat, fatigue and stiffness, especially during rainy or cold weather. 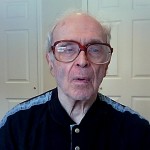 By profession, Dr. Eisen was a university Professor specializing in constructing mathematical models such as those in cancer chemotherapy and epilepsy. He has studied and taught Yoga, Judo, and Aikido. Dr. Eisen was the founder and chief-instructor of the Shotokan Karate Clubs at Carnegie-Mellon and Dusquene Universities and the University of Pittsburgh. He helped teach Yoga in Graterford prison. His curiousity about the relation of Qi to healing and martial arts led him to study TCM, Tai Chi and Praying Mantis Kung Fu. He was initiated as a Disciple of Master Gin Foon Mark. Dr. Eisen now teaches (at his Kwoon and by webcam), writes and researches Praying Mantis, Qigong and Yang Tai Chi - see http://home.comcast.net/~carolezak
View all posts by Martin Eisen →
This entry was posted in Scientific Qi Exploration and tagged acupuncture, Mary Eisen PhD., Scientific Qi Exploration. Bookmark the permalink.

One Response to The Extraordinary Meridians or Vessels (3)