Posted on December 7, 2014 by GuestWriter

Sometime during the late 1970’s while I was at my Tai Chi instructor’s house, I suggested out of the blue that we should visit Mr. Jou (as Larry Banks, myself, and the Tai Chi community in New Jersey addressed him).

Larry didn’t seem inclined to go at first but decided that he would talk to the I Ching. I returned to my apartment and did the same thing, getting a positive answer. Apparently so did Larry because he called and said that we were going.

Mr. Jou was at Rutgers University practicing something different. He was throwing hard punches and yelling Ha as he was throwing them. To be honest, I didn’t know what he was doing.

Mr. Jou told me that since Larry was my teacher, he would instruct Larry and Larry could later show me. I found a nice spot to sit on the grass [which was shaped more like a seat], and watched the show. Needless to say that Larry got pushed repeatedly. I believe that this was before Mr. Jou developed his technique of pulling back the person he had just pushed. At one point, Larry was pushed into the air and turned and looked at me in the air while I was sitting on the grass.

There were only a few people around that day, but Marsha Rosa was there and taught us the first 15 postures of Chen1. It had been a long time since Larry had learned a new form. I also got Marsha to show me the whole Sun Guei sword form, which I let go again probably because of a move in the form that I wasn’t crazy about performing. The weight was entirely on the left leg while your head, left arm, chest, stomach, and right leg were in the shape of an ironing board, with the sword hidden at the side of your stretched-out right leg. When we left, Larry said to me laughing, “Mr. Jou is a passionate man.” 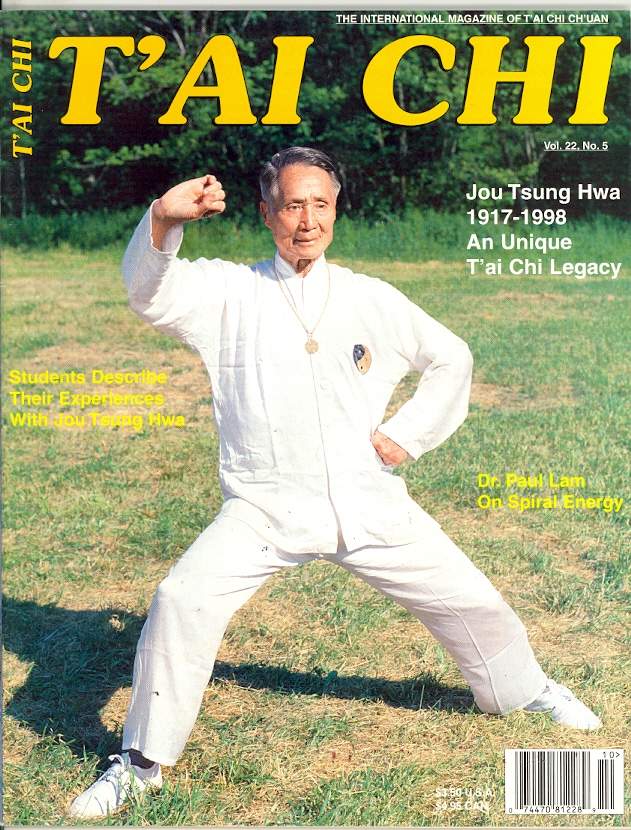 I recall another incident during one of my many trips to the Tai Chi Farm when master Jou [as we addressed him at the farm], walked over to me [seemingly out of nowhere] and instead of his usual five words “now you touch me here,” started talking about old people and their lack of root. He could have been talking about anyone except himself. He could have even been talking about me in my late thirties at the time. He then showed me a practice of pulling in the toes and abdomen and turning up the palms, and then turning over the palms expanding the abdomen and spreading the toes. He said that this was very important. As if that wasn’t enough, master Jou began jumping up and down like a cat. As soon as his feet hit the dirt, back in the air he was, and as if that wasn’t enough, he was saying “I’m not old, I’m not old,” while he jumped up and down. He finally stopped and walked away not breathing hard at all.

I would like to present two of the many Tai Chi Farm exercises that I learned from Bob Arietta and Mike Goldstein after the passing of master Jou, the first one being distinct yet similar to the principles previously discussed.

Stand with the weight evenly distributed on both feet which are lined up side to side more than shoulder width, the toes are somewhat expanded, the arms are stretched to the sides at maximum length at shoulder level with the palms facing directly forward as is the chest and the eyes. The toes begin to contract as the weight is slowly shifted to one side as the palms begin to turn upwards while the abdomen is contracting as the eyes and body continue to face forward. Toes and abdomen contract to the maximum as the palms are turned totally upwards with the body still facing forward. Reverse the previous movements to arrive at the beginning posture. The body and eyes continue to face forward while the weight is then shifted to the opposite leg as the abdomen expands, the palms turn facing the surface and the toes are now fully expanded. The arms continue to maintain the outstretched position at shoulder level.

The following exercise is a variation of several in which the foot is placed on the surface with the heel being raised off the ground. Two hands can be used with the palms rotating or just the opposite palm [the right in this instance] can be placed parallel with the right toes.

Writing these exercises out is difficult, but performing them is even more so. While some exercises are easier than others, none of them are truly easy to do so correctly. I would like to thank Loretta Wollering for the presentation of the 1994 interviews of master Jou Tsung Hwa on you-tube that was the inspiration for this article.

These exercises are intense but in a subtle way. They don’t necessarily have flamboyant postures but are the epitome of the Tai Chi principles emphasized by Jou Tsung Hwa. Their precise nature of contraction and expansion, left-right, single and double footed balance, relaxation and tension, up and down rotations and all around opposites make for an entirely different way of training the body. A great way to practice these exercises is to listen to music with earphones which adds a unique dimension to the practice.

It would be inappropriate to continue this article without once again talking about Bob Arietta and Mike Goldstein and their work with the details and subtle points. Bob has always struck me as a more recent version of Marsha Rosa. I say that with the highest respect to both individuals. When I showed Larry Banks the Hao form that I had learned at the Tai Chi Farm workshop, one of the first things he asked me was if Marsha Rosa was there. But since she wasn’t, he was pretty much stuck with me. Bob put in a lot of work with master Jou at the farm and it showed in whatever he demonstrated. He and Mike taught workshops there.
.
The energy of the exercises is a tricky thing. I remember practicing some of them on a Sunday night and still feeling the energy on awakening Tuesday morning. Almost all of them are performed with the feet at shoulder width or more. One is comprised of drawing a figure 8 with one hand as the other is placed on the opposite hip while rotating and matching the contraction and expansion of the abdomen and likewise with the toes as the figure 8 is drawn with a rotating palm, and there are quite a few others as well.

Bruce La Carruba has an ongoing yearly get together that many of master Jou’s original students attend. And the newer students from the Tai Chi Farm as well. This is a good practice in as I still haven’t seen any signs of Jou Tsung Hwa’s influence beyond the New York / New Jersey area. The More the better. The event coincides and celebrates Master Jou on his birthday. Along with the Chang San Feng Festival with it’s beginnings in a New York Chinatown park attended by Bow Sim Mark and Sophia Delza, to what it has blossomed into today, these are just two of the contributions left by master Jou to the Tai Chi community and a broader martial arts community also. 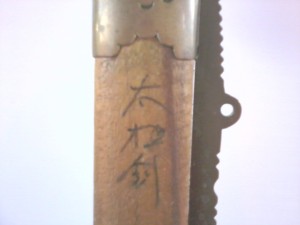 But the most prolonged, systematic and complete practice, and yardstick through which the art of Tai Chi Chuan has been expressed from the latter days of the New Brunswick period to all of the days of the Tai Chi Farm period has been the performance of Chen1. What constitutes the difference between Chen1 and non Tai Chi elements of kung fu, was the crux of the matter. One can even question the performance of Chen1 by two different players, one expressing the Tai Chi principles and the other not.

These exercises are meant to infuse the form of whatever Tai Chi Chuan being practiced with the very core principles of the Tai Chi classics. 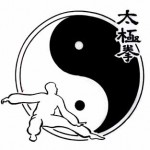 Alan Sims lives in  New York City, and has been trained under a number of masters, including James Eaton Jr. Goju Karate; Lee Moy Shan- Ving Tsun Kung-Fu; Larry Banks-Tai Chi Chuan.  He is a self-taught piannist and composer, and published articles on Tai Chi Chuan and the I Ching.  He taught Tai Chi in YMCA Flushing Queens and Greenpoint Brooklyn; Alley Pond Environmental Center, Once Upon A Time Dance Studio; Forest Hills Adult Center.  He helped translating some important books in Tai Chi.  You may reach him him at alan.sims35@yahoo.com.
Do you like this? Please share it:
Tweet