Taiji and Qigong Practitioners Report a Cornucopia of Benefits

An in-depth qualitative report about the experiences of Taiji/Qigong practitioners enrolled in an intervention study at the University of Illinois has just been published in the Journal of Aging Research. (Yang, DeCelle, Reed, Rosengren, Schlagal, and Greene, 2011).  This article presents an analysis of interviews with a group (N=8) of elderly (aged 67-82) novice Taiji practitioners who all decided to continue practicing Taiji after completing a 6 month Taiji intervention program.  The intent of the study was to explore the personal experiences, motivations, and perceived benefits of the intervention in order to better understand the participants’ decision to continue with Taiji after the study had ended. 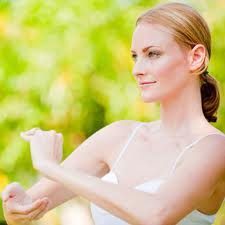 Although each participant revealed unique and individuated experiences, their accounts also shared important similarities.  The study found that the interviewees were all initially motivated to join the Taiji study for physical reasons related mostly to pain and mobility limitations, but by the end of the intervention, each member in the group described complex multidimensional practice benefits (physical, mental, emotional, social and spiritual), many of which crossed over into their everyday lives and contributed to their motivations for continuing their Taiji practice after the study had ended.  The authors describe this complexity of benefits as the “Hallmark” of the interviewee’s experiences.

This point resonates with the findings of several other studies (Docker, 2006; Wenneberg et al., 2004; Kutner, Barnhart, Wolf, McNeely, and Xu, 1997), and closely supports the work of Scholars at Harvard Medical School’s Osher Research center, Peter Wayne and Ted Kaptchuk, who have theorized that the mechanisms through which Taiji takes effect are too complex to study using the same methods used to research pharmaceuticals (Wayne and Kaptchuck, 2008).  Although this study has the same limitations of any small qualitative study, Yang, DeCelle and colleagues’ findings are sure to provide the scientific community with insight into the complex multidimensional nature of the changes experienced by novices who embrace a well-structured Taiji/Qigong program.

In an interview the paper’s second author, Sharon DeCelle, commented that this report was the third of three papers investigating the effects of a Taiji intervention designed and taught by Yang Yang in 2003 and 2004.  The previous papers (Yang, Verquilen, et al 2007a; Yang, Mariani, et al 2007b) examined intervention outcomes related to physical and immune system function.  The purpose of the current paper was to analyze and report on participants’ experiences of the intervention. She stated,

“We were just amazed at the depth and breadth of the subjective experiences the participants were describing. We hope that other researchers will find this work useful as a way to help capture and analyze the relevant factors that may be inherent to the practice of a conscious mind-body activity, such as Taiji.”

Dr. Yang’s papers, present paper included, have also addressed another important issue in Taiji/Qigong research by providing clear descriptions of intervention curriculum.  Without understanding the exact protocol and curriculum used in a particular Taiji study, it is difficult to make appropriate comparisons between studies.  A general lack of detail in the Taiji and Qigong intervention literature has allowed reviews and meta-analyses of Taiji and Qigong to make comparisons without specifying or questioning curricular differences.

This writer is hopeful that the work of Yang and colleagues will help to form the new cutting edge of Taiji research, marking the onset of a period of critical inquiry where practical trials will be better informed about the complexity of Taiji through the inclusion of both participant perspectives and traditional practice paradigms.

[Matthew Komelski teaches taiji through various community organizations in Southwestern Virginia.  He has MA in Asian Studies from the University of Hawaii and is currently an adjunct  faculty at Virginia Polytechnic & State University in the department of Human Development and the Center for Gerontology.  His work focuses on understanding and developing theoretical models to relate the role that mind-body practices can play in community and individual development across the life-course. ]
Do you like this? Please share it:
Tweet