[From The Dancing Doc] 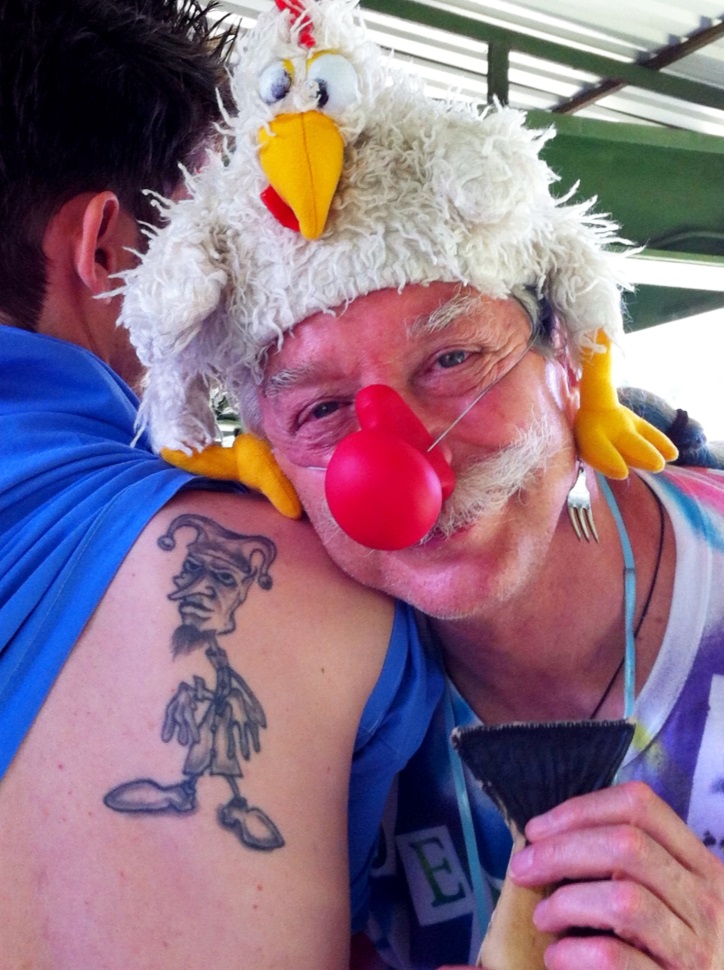 As I write, I also celebrate World Laughter Day. Earlier today my mom and I attended a laughter yoga meeting in a local park. As the group  sat on the grass, the facilitator led us through our final laughter exercise.  He told the story that in celebration of World Laughter Day, the earth was sharing jokes with our hands and feet. Slowly those jokes traveled through skin, muscle and bone towards the center of our body. The elbows were a bit slow and needed to have the jokes retold by the thigh bones.  Our heart got the jokes and laughed and laughed. Eventually the jokes traveled to the top of our head. (heads???) The hairs thought the jokes shared by mother earth were so funny that the hairs had a party, and curled with laughter.

Attending my first laughter yoga meeting was just one of the “research” opportunities that showed up to provide material to complete this column. Gathering thoughts, emotions and words for this column has been a lot of fun. A few of the areas we will explore include:

Last fall I joined the Gesundheit! Institute Caring Clown trip to Costa Rica.  (http://patchadams.org/ ) Our group consisted of about 20 volunteers that ranged in age from 13 to 64 years old and originated from Canada to South America and Japan. Dressed as clowns we visited a children’s hospital, a  San Jose “ghetto”, a psychiatric hospital and a women’s prison. We were encouraged to be present with open hearts and no cameras so most of my memories of that transformational trip are recorded in the camera of my heart. So I will share some journal snapshots of Caring Clowns in Costa Rica.

Children’s response to my parakeet puppet:

Wow – from clowning to a triggering a window for environmental education and an opportunity for play therapy.

What else is possible? 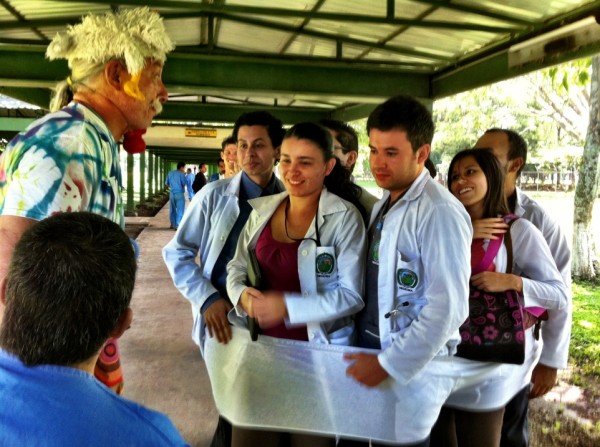 Patch’s Underwear – shared by people all over the world

How much healthier would our health care system be if we could freely exchange hugs with everyone; spend more time with open hearts and be open to everyday magic? 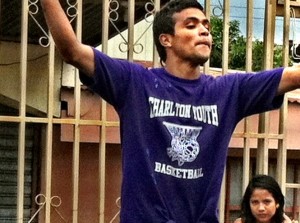 A young man watched our group as we paraded through La Carpio. I offered him my 10-inch blue sequined cloth microphone and started to interview him asking his name, his dreams, and if he had a message for people living outside of Costa Rica. Willy sang a rap song about prejudice and living in La Carpio. As our parade passed through the streets of La Carpio, Willie then became our guide, enthusiastically calling others to join the clown parade.

As part of my commitment to holding space for youth and their neighbors to be seen and heard, I share the link to the YouTube video “La Carpio.”  (Song and Lyrics composed by Douglas “the Transformer” – not the official video, this one is nice because it has lyrics subtitles and more images of the neighborhood. (https://www.youtube.com/watch?v=kbhXjrYcDM8)

How do you use this moment to create moments of connection?

How do you hold the space for others to be seen and heard?

How do you hold the space to see and hear yourself?

When did you last PLAY?

The FREEDOM to hug almost anyone, to share a piece of cake with a homeless man, to sing and dance.. Freedom gained by wearing a big red nose.

How happy would the earth and its inhabitants be?

Becky’s birthday. Cake and Clowns at the Bakery.

After our morning clown expeditions,  we would spend the afternoon in workshop. One of the most transformational experiences of my week in Costa Rica was the “I LOVE ME” workshop led by Patch. For 16 minutes we practiced repeating the words “I LOVE ME” silently and aloud. (To my memory this is what we did and how we did it. Apologies for any errors.)

We spent 2 minutes doing each of the following exercises.

“I LOVE ME” – silently  repeating  to self

“I LOVE ME” – repeating statement aloud to self

“I LOVE ME” – silently repeating to self while hugging self

“I LOVE ME” – spoken aloud while hugging self

“I LOVE ME” – spoken aloud  while maintaining eye contact with partner

Since then, this has become one of my favorite stress-management practices.  I tap my chest (visualizing my thymus  – lovely immune system center) and repeat “I LOVE ME!”

When was the last time you spoke to, hugged or saw yourself with total gratitude?

Ok, now moving from Costa Rica to Colorado. About two weeks ago, I attended a relationship workshop led by Joan King http://www.cellular-wisdom.com/   I received two gifts at the workshop  –  a comment from a fellow participant and  a visual image that appeared to me during a meditation. My friend committed to “invite and welcome the unknown” into her life. As someone who has spent many hours worrying about and avoiding the unknown, I loved my friend’s affirmation.  Within three days, this message was twice repeated in written form – once while visiting my mother’s church and once again while attending  my daughter’s church.  To me the “unknown” is that pool of infinity; the tao; the source; and by not only holding space for it but INVITING and WELCOMING I am opening my life to infinite possibility on a regular basis.

Also,   during the workshop, I experienced the clear vision and  sensation  of a head of cabbage in my lap. Given that I was in the midst of a fairly deep and quiet meditation, and given that I don’t usually have clear images, I was quite surprised and burst into laughter. I later decided that this aspect of myself would be named  “Cabbage Head.”

Every time I reconnect with that image and energy I LAUGH. I also have found many more opportunities to laugh, to be SILLLY.  Going back to that definition of silly as “happy, blissful, kindhearted and blessed”

With love and gratitude

This entry was posted in From the Doctor, The Dancing Doc and tagged dancing doc, humor and health. Bookmark the permalink.

3 Responses to HUMOR In Health – Connection and Holding Space