What are the Powers of the Universe?

What are the Powers of the Universe
How does this relate to Qigong?

First and foremost is the idea of the Ground or Source of all Being: what Brian Swimme calls Seamlessness, the realm of pure potentiality. In my view this would be equivalent to the Daoist idea in their cosmology known as Wuji (literally “without ridgepole”) originally meant “ultimateless; boundless; infinite” but came to mean the “primordial universe” prior to the Taiji “Supreme Ultimate”. We pay tribute to this as our origin in the cosmos and is the starting position for almost all internal arts including Qigong, Taiji Quan, Xingyi Quan, Baguazhang and others. To me it is a meditative posture that should always be the starting point and ending point of any quality Qigong practice symbolizing our beginning from nothing or the Void and our return to it as the ultimate goal.

Next we have Centration, which is the universe centering upon itself to give birth to a new being, a new animal, a new molecule. This may be what the Daoists meant by the ten thousand things that were created when Yin and Yang were created, or Primordial Qi, what you inherited from your parents. That genetic information compressed into molecular form in each of your cells. This may also be related to our power to act. It is my theory that this is one of the forms of energy that we are working with in the practice of Qigong. One form could be the Sun’s energy, which is created by hydrogen atoms created by the birth of the universe, what the Daoists called heaven energy. This is what we are working with when we start moving from the stillness of Wuji posture branching out into the Yin and Yang polarities of movement, up and down, left and right, in and out etc. With movement all energy systems in the body respond, we begin to circulate all of the body’s energy and fluids, blood and lymph, etc.

Allurement is what Brian considers to be what holds all the universe together at the level of galaxies. We call this gravitational interaction. At the level of molecules, Allurement is what holds the body together – electromagnetic interaction– and points to all forms of attraction. This is what holds all of the galaxies together as well as our bodies and what I feel is one of the myriad forms of what the Chinese called Qi, which I think is more of a process rather than a thing or a noun. It is one of the many forms of Qi that we work with within the body to create health, food Qi, water Qi, air Qi, etc. When we move that movement creates an electrical potential through gravity, etc., and is balanced by slow meditative movement and consciousness.

Homeostasis more generally means how the universe maintains it’s great achievements but within the body is one of the main effects of proper Qigong practice. It is all of the body’s processes in relative working order and balance and how we as mammals maintain our structure. The interactions of the planet as a whole enable all of these processes to take place. The oxygen around the planet and the sunshine we enjoy all sustain life in this dynamic interaction just as the movement of Qigong stretches the body to circulate fluids and nutrients to their required places.

What is Synergy? In biology it is all collaborative associations that arrive together to create more success. A great example of this is how protons and neutrons, when brought into collaboration, support each other and can survive for billions of years, whereas they would quickly disintegrate without this relationship. In Qigong this is like our community, in which there is our teacher- student relationship, in which collaboration and mutual respect is honored as well as student-to-student relationships, which should operate along the same lines. This would represent outward relationship and synergy and also promoting internal synergy and relationship between the different systems in the body cooperating and working as a whole.

Transmutation is the next power and to me represents one of the ultimate goals of Qigong, It is closely related to the next power, Transformation, an interconnected and self amplifying dynamic of self transcendence. This is what the Daoists would call becoming an immortal and union with the Dao or ultimate Ground of Pure Awareness.

The power of Integrity and connectivity Is the power of Interrelatedness or could be called Wholeness. In my own practice this is one of the realizations that has struck me the most and is one of the results of diligence of practice. Realizing that each being in the universe is connected in some mysterious or not so mysterious way. Our existence is dependent for example on tiny organisms in the Oceans of this great planet. From the inside this could be viewed as compassion!

And finally we come to Radiance. Even the coldest and tiniest hydrogen atoms are happily giving

birth to and releasing photons of light every instant. The universe cannot contain the magnificence it houses. This may be the final goal of all meditative practice, the ability to radiate the light and joy of life through our practice of the Art and Science of Qigong!

Finally, in my opinion, Qigong is really all about blending and using the Powers of the Universe to become more whole as humans! 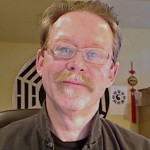 [Timothy Booth is a Freelance Musician and Composer in Toronto Canada. Timothy Booth has been practicing Qigong for over 15 yrs., is a member of the National Qigong Association and is the Director of Integral Qigong. He currently instructs private and group Qigong classes in Toronto. He has studied with some of the greatest western Masters of Qigong such as Ken Cohen, and Eric Reynolds, direct student of Dr. John Painter. 1998 Certificate of Attainment- Senior Level in Baguazhang-from Emerge Internal Arts Tai Chi and Meditation Centre Student of Jiulong Baguazhang (Martial Art related to Tai Chi) 1999-2011 with Eric Reynolds and Jan Carstoniu MD, FRCPC – Instructors of Jiulong Baguazhang. He can be reached through his blog at http://integral96.wordpress.com ]

This entry was posted in Uncategorized and tagged energy, Qigong and Fitness. Bookmark the permalink.

4 Responses to What are the Powers of the Universe?