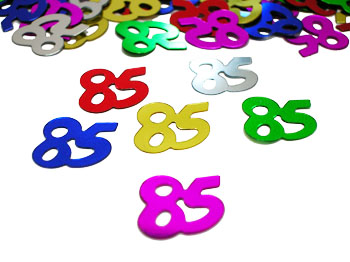 My mother celebrated her 85th birthday in August. When I visited her in Taiwan this summer, I found that she always looked cheerful whenever she worked in her beloved garden, cooked a favorite meal in the kitchen, went for a walk in a park, or took me for a drive. She would laugh aloud when her great-grandchildren were around, when the family watched a comedy on TV together, or when we told her a joke. She has hypertension so she checks and records her blood pressure twice a day. She chants her Buddhist prayer daily, drinks a cup of warm water to start her day, and enjoys one cup of coffee every morning for breakfast. Her diet is 90% vegetarian. She eats only a moderate amount of fresh fish or meat.

Although my mother is “just” 85, I felt I was  reading stories about her when I read the book “Healthy at 100: How You Can Dramatically Increase Your Life Span and Your Health Span” by  John Robbins (Ballantine, 2007). The four populations of elderly people described in the book are (1) Abkhasians, the so called “Ancients of the  Caucasus”; (2) Vilcabambans, who are the “eternal youth” in Ecuador; (3) Hunzans, the dancers in the  mountain region of northern Pakistan; and (4) Okinawans, the centenarians on the subtropical islands of Japan. Below are some facts about these four peoples excerpted from the book.

Abkhasia is located between the eastern shores of the Black Sea and the crestline of the main Caucasus ranges. When interviewed, many of the elders in Abkhasia said they swam daily in cold mountain streams regardless of the weather.traditional Abkhasian diet is essentially lacto- vegetarian, with a rare serving of meat, and with the daily component consisting of primarily of “matzoni”, a fermented beverage.

In Abkhasia,  people complement others by saying “You are looking old today,” meaning the person is wise and  beautiful in their maturity.

Vilcabamba is a small village tucked away in the Valley of Andes Mountains in the southern region of Ecuador. Like the Abkhasians, the Vilcabambans are very active. There is always physical work for them to do in their daily life. More outstandingly, they have to traverse the hilly terrain daily. This activity sustains a high degree of cardiovascular fitness, and even the oldest Vilcabambans have extremely healthy bones. For the vast majority of their lives, the old Vilcanambans are vegetarian and eat what they grow. Vegetables and fruits are eaten the same day, often on the spot. Their protein comes from vegetables, whole grains, and a variety of beans. (The author especially admired their ability to be joyful with very few possessions.) 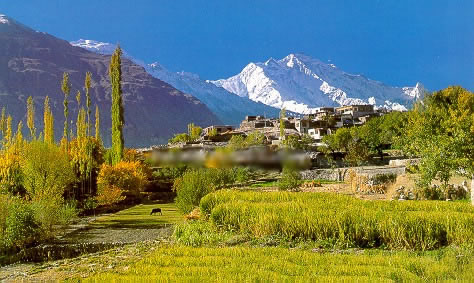 Hunza lies at the northern tip of Pakistan, where Pakistan meets Russia and China. The setting is awe -inspiring in its majesty, for here no fewer than six mountain ranges converge. The people of Hunza live in an extraordinarily fertile valley that was totally inaccessible for over two thousand years until recently. When the Western researchers arrived in this valley, they found that the elderly people were extraordinarily vigorous who hiked up and down the steep hillsides with amazing ease and agility. They grow a wide variety of fruit, and apricot orchards are everywhere. The Hunzans have developed more than twenty varieties of apricots whose flavor and nutrient value are worlds beyond the types commonly grown in the West today. On certain rare feast days they eat goat or sheep meat, and on other days they consume a fermented milk product made from goat or sheep milk. The Hunzans have learned to waste nothing and to find a use for everything. It is not that their lives are perfect, but they have found ways to use their obstacles and challenges to become stronger as a people. 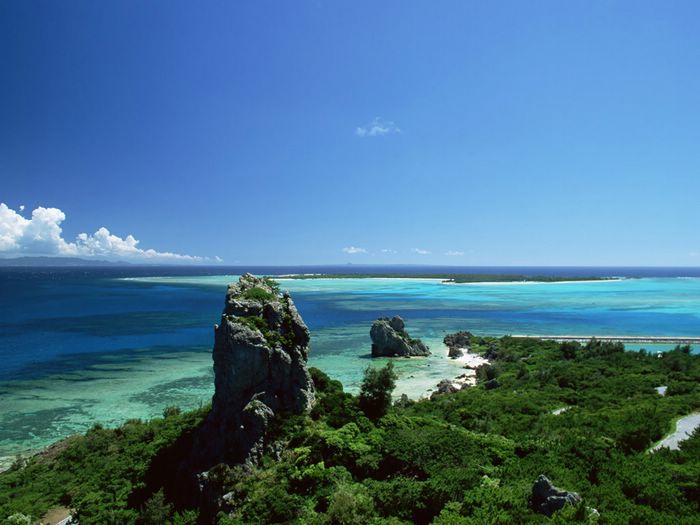 Okinawa, the southernmost Japanese state, lies between the main Japanese islands and Taiwan. A research team studies more than six hundred centenarians and thousands of other elders in their eighties and nineties and published their research results in 2001. The report found that it is an everyday occurrence in Okinawa to find “energetic great-grandparents living in their own homes, tending their own gardens, and on weekends being visited by grandchildren who, in the West, would qualify for senior citizen pensions.”The elder Okinawans say that they stop eating when they are 80 percent full. They say they “eat less in order to live longer.” In all four regions, according to the book and my own firsthand observations, the reasons for such longevity may be lack of pollution, certain medicinal qualities in the plant life and water, and active daily life with exercise. Nonetheless, the most striking similarity I found in the four peoples was that the elders in these four cultures were highly respected. They are never thought of as burdens. On the contrary, they are society’s most treasured resources. That is why I believe my mother has such a healthy old age despite my father’s early passing.

My father suffered increasing degree of Alzheimer’s disease for over 15 years since the 1980s. My mother took care of him with minimal help. I was always amazed that my father’s condition did not exhaust her patience and endurance. When my father passed away in 1993, my mother began a new chapter of her life at the age of 67. She made smart investments and earned a small fortune to sustain living comfortably. She became the chair woman of her neighborhood association; the board director of the finance committees of a Buddhist temple founded by my parents; and a respected donor of various Buddhist temples and humanitarian foundations in Taiwan, such as Tzu-Chi. She has been well respected in our extended family as well as in her own community. At the age of 81, in 2007, my mother made the long trip to the States to visit my family for a week. She traveled to Japan and China as a tourist in 2008, rebuilt her garden fence in 2009, bought a brand new car in 2010, and plans to remodel one part of her house by the end of this year (2011). Having a project in hand to keep herself active seems to be the key for her clear mind. At her 85th birthday party, she cheerfully participated in a choreographed hula dance in front of 22 children, grandchildren and great grandchildren.

My mother starts her day, after a cup of warm water, with working in her garden. Then she will do her own laundry, or take a walk in the community court yard before eating her breakfast. The food she enjoys eating includes vegetables she grows in her own garden or is given by neighbors. She avoids foods that are deep-fried or overly processed. Rather than bemoaning what she can no longer do, she has chosen to be filled with energy for what she still can do. Over the years, I have invested all my energy in my own family and my professional life. The older I get, the more I realize how deep my love is towards my mother and my siblings. I have made it a habit now to talk to my mother on the phone almost daily despite the demand of my own schedule. To account for the time difference between Taiwan and the US, I call her in the evening (her morning) to share my day with her. She enjoys the arrangement and once said, “The day goes by faster after hearing your voice in the morning.”

I realized early on how profoundly privileged I am to be my mother’s daughter. As long as she is living, I vowed to myself that I will learn as much as possible from her, adopt her positive perspective toward life, and acquire her wisdom of longevity. 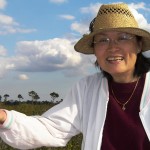 Phoenix Liu, Ph.D., is the Director of the Language House Immersion Program at the University of Maryland, College Park. She received her bachelor’s degree in Animal Science (Taiwan), her master’s degree in Music Education (German), and her doctorate degree in German Philology from the University of Maryland. Dr. Liu holds a black belt in Cuong Nhu karate, a blending type of hard and soft martial arts, and has been a Tai-Chi practitioner for over 15 years. She demonstrates her dedication to Tai-Chi and Qigong by her efforts of combining these two ancient healing arts with music. She has arranged several Tai-Chi forms to music, which have been performed around the metropolitan D.C. area.

This entry was posted in Uncategorized and tagged Ph.D., Phoenix Liu, secrets of longevity, secrets to living a long time. Bookmark the permalink.