Chinese Ways to Open Your Perceptions through Training Kundalini Energy

Chinese Ways to Open Your Perceptions through Training Kundalini Energy 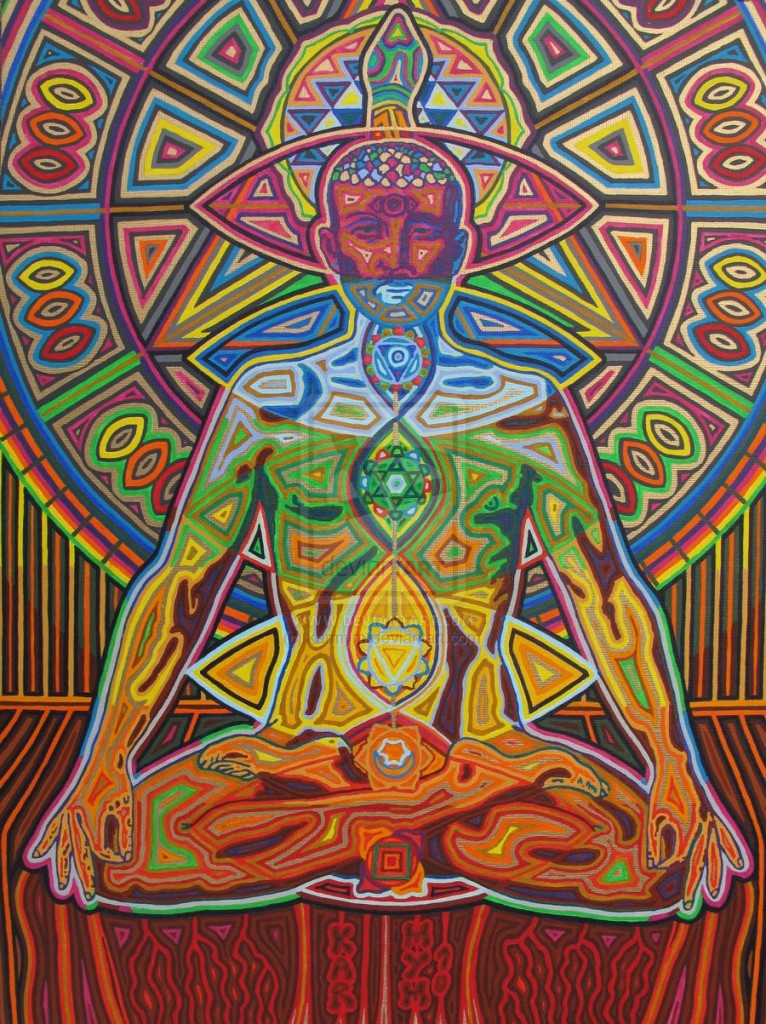 The Chinese (or Ancient Daoist) ways of looking at the systems of Kundalini* energy development for self-healing, has variants that do not make one pathway right or another way wrong.  You like different kinds of music yet still can co-exist in a world that plays others’ tunes. A similar example is that you sometimes hang others framed renderings of art to be appreciated in your home. Sometimes you accept some really strange works which many friends think to be just awful.

To begin exploring how energy moves inside you in the ancient Chinese ways, please love the energy first.  You don’t have to love it like a favorite piece of music or art.  After all, energy is just energy. Love the concept of being part of all the energy in the Universe that. Imagine that energy is a gift in a package that can be opened from any side.

It’s usually more challenging to open a package from the inside out. Most open from the out to the in. Most climb a ladder first starting at the bottom and then going to the top.  Most people observe with their eyes facing what they consider to be our usual way of looking at things:  in front of us.  (Normally in society, that is the side where our face is and not the back of our heads.)

By including in your bucket list, the idea that you could learn to SEE from the back of your head rather than keeping to the common belief that everyone has one usual way of seeing via the old Newtonian physics reality, such an intention might encourage you to open yourself to a new, Quantum possibility. Sticking to and not budging away from the majority of world citizen’s doctrines is simply being very stuck. Training your Kundalini energy allows people to find ways to get unstuck.  Perhaps so far, you think I am asking you to let go of all your senses and throw aside reason. Yet as one example, the Chinese ways to open your perception through training Kundalini energy, unlike the most commonly known Indian Kundalini training, allows the possibility that the energy goes around in orbits, rather than only up and down. There are many dimensions in a hologram. There are many dimensions of this Earth’s surrounding cosmos that out of habit, you and I often forget about. What if you could be amongst the small percentage of modern people who have begun to understand what many ancient cultures seemed to understand, but many gave up on.  They dropped out because our more recent ancestors had become people whose worlds were shrinking because habitual behaviors were being adapted more often than being open to possibilities that were more complicated. Ancient teachers simplified things for people so that they wouldn’t have to be convinced and so the easier way was passed down from village to village from generation to generation through thousands of years! 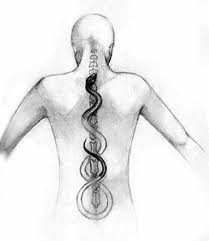 You can train enough to allow into your reality more edifying concepts that behave beyond common observable realities you have always accepted. You can train to ask more questions without denying the small possibility that there are variations you never considered learning about before. However, perhaps you have never even thought of training in new, life expanding ways because you permitted yourself to be temporarily stuck.

Imagine sheep exiting out of the pen in their BAAAHHHH!  BAAAHHH! type of way.  Following other sheep in a business-as-usual routine, is what we humans often do, too.  What if one sheep found a door in an unexpected place and exited through that door and all the other sheep behind it simply followed?  Those sheep would likely find themselves in new, unfamiliar and possibly scary pastures that might even have a different type grass upon which to feed. It might be a delicious type of grass or it may be poison, but then again, perhaps it is a type that the sheep find only different and tasting strange to them, but it makes them stronger and healthier than they have ever been before?

Humans with reasoning and methodology try new things once in a while.  Converting to new, foreign ways might be a challenge to many people. The world is made of people who are a walking-talking hologram of unlimited life stuffed into the individual, familiar bodies in which they grew up, while unquestioned, older concepts shaped them.  Now, if it is your hope to evolve, you can re-shape your concepts with minimal strictures imposed by habit and comfort. As an example, I personally continue simply playing with the extremely challenging concepts including developing my most positive virtues, given by my teacher over thirty years, to me and my peers who are students and teachers. Becoming a better human being; not necessarily a magical being, is really all that I care to aspire toward!  Kundalini, in my opinion as it has been taught to me can open you to confront seemingly new pathways to heal yourself from being stuck in states that you call illness.  Be it physical, emotional, mental, spiritual or energetic, there are ways to get back on track toward health that you are in charge of from the inside out! The Ancients called this Alchemy. Many formulas are guidelines for each of us to learn carefully with a teacher.  When it morphs into something after years of training so that you now trust that which was seemingly impossible; can you now take it as proof that you allow receiving?  Consider finding a teacher and go really, truly slow and easy.  Trust that you will learn ht you need to know. Maybe you will learn a lot or a little or won’t even learn that much in this lifetime.  Some don’t believe we have more than one life time… But, what if?  What if?

* Kundalini energy is simply defined as a procreative force that can be channeled and trained in your body. Many use it for self-healing. All over the world, there are many systems that have evolved which engage you in transformative exercises, quite notably in India and China. 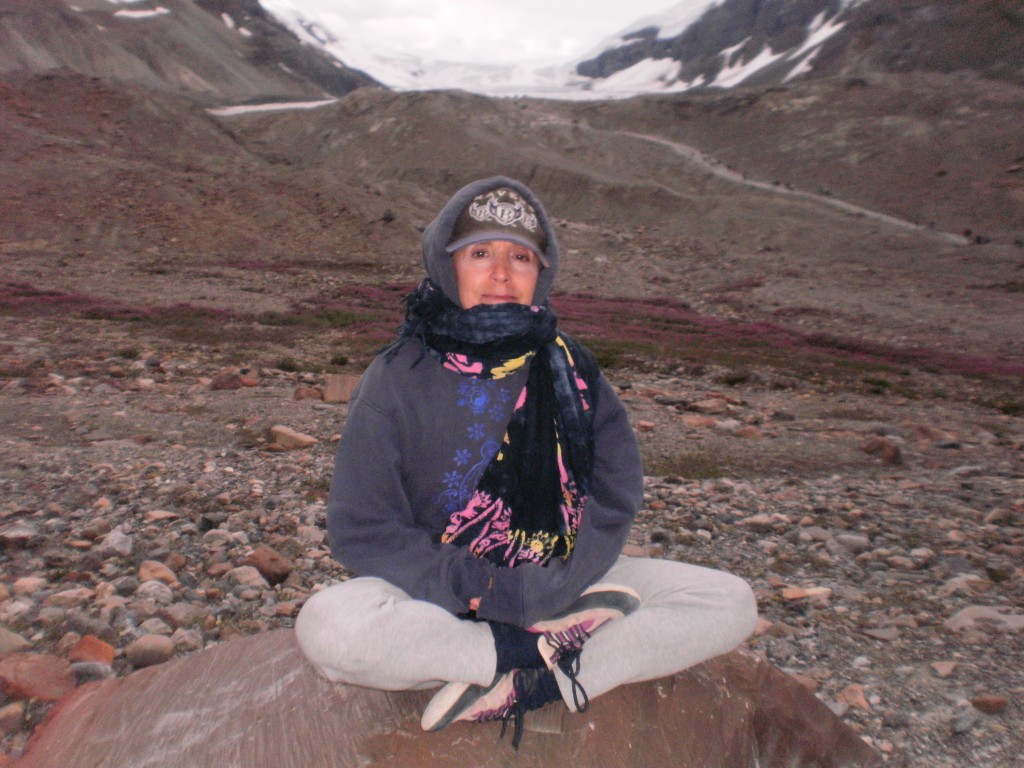 [Raven Cohan is a Senior Universal Healing Tao Instructor of Mantak Chia’s system and long time performer since childhood.  Mantak Chia certified her in ’83 after starting in his first class of non-Asians in N.Y.C. in ’81.  Raven was reading about meditative ways since she was 15 and began to practice at 19.  She loves to teach alchemical formulas that she believes we can benefit from when we are neither too rigid nor too loose.  Visit her beach classes on beautiful N. Hollywood Beach between Miami and Ft. Lauderdale. See her web site:www.taoTLC.com]
Do you like this? Please share it:
Tweet