We begin through an axiom that may be viewed as a paradoxical form of thought that, in some ways, may remind as of the Taoist thoughtful approach:

Tai Chi works caring for the person, because it doesn’t.

To clarify, it is not our intention to discuss the objectivity of data and experiences which constitute the matter of this contribution, but rather, our intention is to criticize a vision of Tai Chi specifically conceived as a healthy and therapeutic practice, focused and designed  only according to these perspectives.

In addition, we have not debating the effectiveness of Tai Chi, and we are not criticizing the congruence of this practice in manifold and various contexts in which it works as a form of personal help. In substance, it is our intention to differently locate this practice with respect to  interpretations of Tai Chi that often are founded on experimental needs and, sometimes, maybe overly medicalized.

In scientific literature, it’s now a shared opinion that Tai Chi is widely tested in terms of supplementary and supportive approach within several therapeutic protocols. Especially, and in a large number of case studies, as a help to easy acquisition in addressing different situations of discomfort associated with the aging process and related issues, as those of neurobiological and degenerative kind.

Tai Chi has also shown a particular effectiveness in depressive disorders as well as in  treating forms of anxiety, and even more in assisting in situations of attentional deficit in childhood and adulthood. Also in rehabilitation practices related to trauma or surgery, and even in cases of a problematic organization in postural control and locomotion, or with respect to respiratory and cardiovascular dysfunctions. 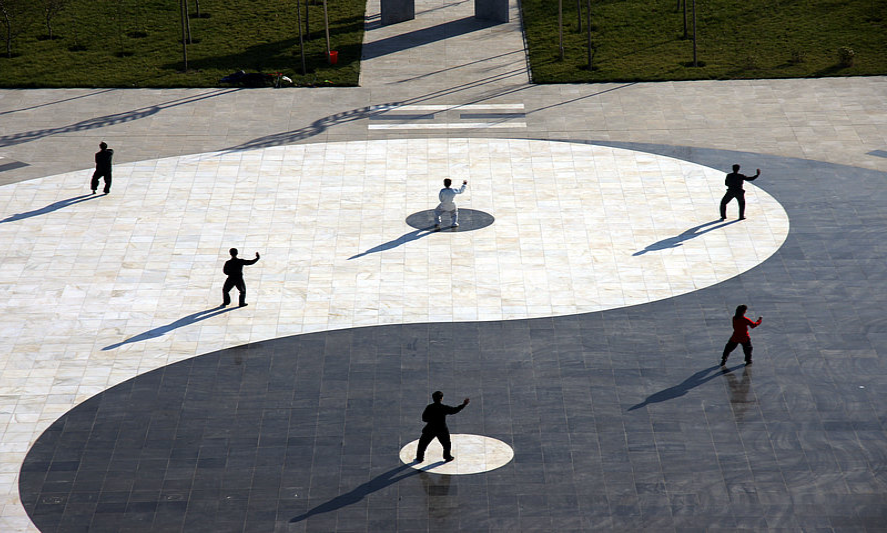 It is clear that the list of benefits that are consequence of a integrated practice of Tai Chi  could obviously go on (Wayne & Kaptchuk, 2008). Well, the practice of Tai Chi actually does not deal specifically with these issues. Tai Chi was founded with a triple function: fighting and self-defense tecnique; meditative  and philosophical practice; daily tool to maintaining and improving the general state of health. In essence, the three aspects are inextricably linked, can be ignored, overlooked, or simply put aside, but cannot be separated from one another.

Moreover, the usually experimental approach does not proceed toward a form of understanding intrinsic to the practice of Tai Chi.

This type of studies are not really  interested in finding what can be actually effective and/or curative.  They don’t try to define a methodological reflection on how this healing effect is achieved, or under what ways and through what rules of corporeal interactions and of gestural processing this practice is socially shared.

Tai Chi is understood as a mode of predetermined intervention, most often through short or simplified forms, sometimes with postural and gestural mix selected through criteria that are not clear or explicit. The resulting analysis continues to be focused on the benefits as direct consequences of practice, without going into the merits of the variables and constants that can contribute in different ways to determine the effectiveness of Tai Chi in distinct areas of clinical use.

Similarly current scientific literature does not explain the outcomes through wider theoretical framework, that would explain the specificity of different experimental outcomes and the adaptability of Tai Chi as a tool of treatment and improvement of living quality. The use of different techniques, styles, and training conditions, makes it a comparative study between different experimental results difficult and finally the extreme variety of applications would require at least a multifactorial analysis. (Wolf et al., 1997; Larkey et al., 2009).

To conceive Tai Chi as a particular kind of “physical exercise” or as an assemblage of neuromotor functions and as a form of behavioral and psychological conditioning, is extremely simplistic and, in addition, contributes to limiting the field of experimental hypothesis. This all leads to a wrong understanding of Tai Chi as mind-body practice or complex holistic discipline. Therefore,  Tai Chi can’t be explained in terms of single cause-effect relations each other interconnected.

Being in connection to the experience. 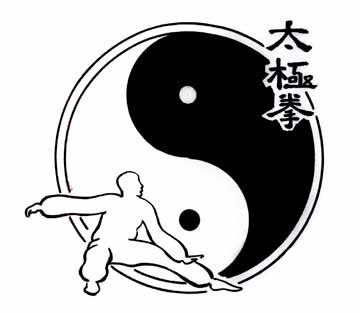 In any case, Tai Chi in fact deals with the person, not with the patient, according to an approach that we want here defined as “progressive decentralization by itself.” To be clear, the Chinese culture has already given a name to this process in terms of “return to Wu Ji,” in other words an attitude towards a primordial condition comparable “to Nothing,” from which comes “Life” in broadest sense and the “Ten Thousand Things” that populate our “Known Universe.”

In fact, this topic is frequently discussed in the context of current scientific literature, where is treated mostly in terms of Body Awareness or Mindfulness.

According to this point of view Tai Chi, as many other holistic practices, deals with the person precisely because it represents a way to enhance body awareness according to some particular features in which the intensity of exercise is not dominant but the quality of personal experience is, through a state of mindfulness nonjudgmental, together with a kind of awareness not finalized to specific and immediate purposes, nor geared to logical thought, rational or metaphysical.

In essence Tai Chi is characterized by a being in connection with ongoing experience, and by an attitude of curious interest, as opening, listening and acceptance. (Mehling, W.E. et al. 2009:4)

In this sense the return to Wu Ji takes on a statute of search, a movement of mind beyond the rational or irrational, living the perception of physical and bodily symptoms through a metacognitive state of attunement and mindfulness that acts as a not self-reflective stimulus, philosophical or not, both facilitating the passage of a particular bodily quality of internal awareness (Mehling, W.E. et  al. 2009:3).

In a practical sense this approach is also referred to as “translation of mind in the body and/or through the body” (Kerr, 2002: 440). Therefore, the Tai Chi, Qi Gong, Nei Gong, and so on, based on a ancient tradition and on a verified empirical experience, has confirmed that the search of a good postural alignment and  of movement as profound gestural  harmony, are constitutive elements of those fundamental health practices, and are the precursors of a transformative path both somatic and psychological.

In all this, the self-perception in terms of energy flow, jointly to the continuity and congruence with others and the environment, does not play a secondary role (Kerr, 2002:434).

In fact we should start to consider the perception of energy flow (Qi) in the context of Tai Chi, first, in terms of a complex neural connectivity situation, that is neurophysiological and cognitive, as well as emotional, relational, and social (Carboni, 2013a).

Similarly must be properly considered the importance of “massage of internal organs” that, during the Tai Chi practice, is stimulated by deep breathing, by slow, fluid and continuous movements, along with the solicitation of connective and myofascial tissue.(Kerr, 2002:435).

The scientific literature rarely evaluates the emotional dimension of bodily interaction inside Tai Chi practice. Instead this is the nucleus of a wide range of observation studies about self-awareness and perception related to others and to the environment.

In this sense Daniel Stern (1985) has demonstrated in what terms the affective attunements at bodily and gestural level have a decisive role in building the sense of personal identity and in the structuring of primary relationships.

More recent studies have verified that the “perception of a bodily resonance” (matching and synchronization) is equally essential to facilitate different learning situations. This not only in terms of motor skills, but also and above all in relation to the ability to see the quality of personal action in a spatial and temporal dimension as integrated awareness  in sensory and cognitive sense (Casile and  Giese, 2006; Schutz-Bosbach and Prinz, 2007;  Cattaneo et al., 2011; Barchiesi et al., 2012; Barchiesi et al., 2013).

The highlighted conception of embodiment  considers the corporeal dimension  as an area of cognitive empowerment, oriented to an enhancement of a multimodal potential of learning inherent to the growth of our sensory  and interactive relationships system with the world. Then an emerging property that, in Tai Chi, manifests itself as a particular condition of educational mediation. Where the development of reactive sensibility is reworked as a non-dualistic relationship and a new and larger capacity to create connections between self and the world (See also : O’Loughlin, 2006:5).

Mauro Carboni is Full Professor of Music Pedagogy at Conservatory of Music of Perugia, previously he was  Researcher of Special Pedagogy and Educational Research at the University of Rome “Foro Italico,” Assistant Professor of Didactics and Special Pedagogy at the Course Degree in Sport and Exercise Sciences; Professor of Special Pedagogy at Course Degree in Preventive and Adapted Physical Activity (master-level degree), Professor at International Doctorate in Culture, Disability and Inclusion: Education and Training. His research interests include the processes of inclusion and the educative integration through analogic mediators (gesture, music and expressive languages) related to empathy as essential factor of relationship, notably through a methodological analysis of learning environments. He studied Taiji and Nei Gong with the Master Guo Ming Xu and attended workshops with many other Chinese masters. He is a pupil of Master Flavio Daniele at Nei Dan School of Martial Arts where he earned the title of Taiji Instructor (Yang style). E-mail address : mau.carboni@tiscali.it. Affiliation: Conservatory of Music “Francesco Morlacchi” of Perugia – Department of Didactics and Educational Sciences of Music.
Do you like this? Please share it:
Tweet

This entry was posted in Method of Self-Healing, Tai Chi. Bookmark the permalink.