There is a long tradition in China of using medicinal herbs in cuisine. The Chinese Ministry of Health has a list which includes more than 80 foods that can be used both as food and medicine, more than 110 herbs used for health and 59 ingredients forbidden in foods for health purposes. 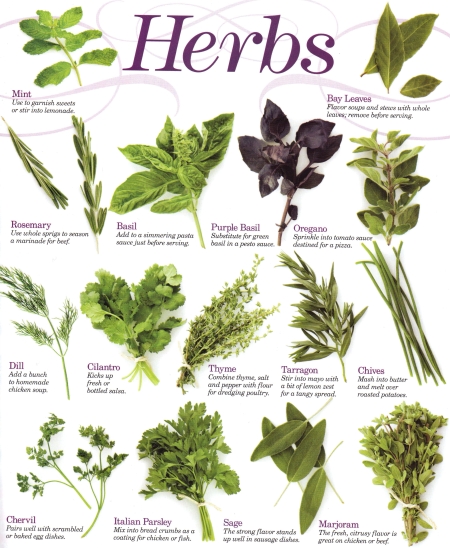 Last year, the Ministry of Health announced that aweto, a rare fungus believed to have a replenishing function, is not recommended for ordinary food products. But experts warn that people should be particularly careful when using ingredients with strong medicinal properties.

Public interest in medicinal cuisine has fueled the growth of restaurants proffering foods that offer health benefits, but often without the guidance of experienced cuisine masters.

A warming bowl of lamb soup with ginger and the Chinese herb angelica is a classic Chinese recipe for people who feel cold and tired in autumn and winter.  Chinese angelica is an often-used traditional herbal medicine. Its warming capacity is used to stimulate blood circulation, while ginger dispels coldness, warms up the inside of the body, and promotes perspiration. Lamb has a hot, warming property that replenishes energy for the weak.

This recipe was first drafted by Zhang Zhongjing, one of China’s best-known traditional medicine doctors in the Eastern Han Dynasty (AD 25-220).  About 1,800 years later, this soup is still prescribed during the cold seasons for people with a weak constitution, especially old people and women after delivery.

Another good example is ginseng – widely popular not only in China, but also in Korea and Southeast Asian countries as a daily energy booster. The valuable herb is used to replenish qi (energy) and sooth nerves among people with a weak constitution. But it has been found that, for people with weak yin and excited yang, ginseng can lead to dizziness, overexcitement and even mania.

Some other commonly used Chinese herbs in food can also have adverse properties. Saffron, which invigorates blood circulation and boosts immunity, can cause miscarriages, dizziness and over excitement. Huang qi, or milk vetch root, replenishes energy but can be dangerous for people who’ve had a cerebral hemorrhage.

Maybe restaurants should have TCM doctors as instructors and experienced chefs in food and herb combining to prepare “medicinal cuisine”. It also requests that ingredients used in medicinal foods should be those designated in a list issued by the Ministry of Health in 2002, and that the quantity of herbs used should not be more than those designated in the Pharmacopoeia of the People’s Republic of China.

Du Zhong, or eucommia bark, for instance, is cooked in soup with pork kidney to replenish energy in men’s kidneys. Ginseng, angelica and lily bulb are boiled together to replenish energy, and benefit the lungs.  Other common ingredients used as foods and herbal medicines include Chinese jujube, lotus seed, medlar fruit, longan and gastrodia tuber. The fresh leaves of mint, basil, milk vetch and baical skullcap are also being used in dishes.

Jiao Mingyao, general manager at Beijing’s Tian Xia Yi Jia Restaurant, says that ginseng has already faded out of restaurants, but aweto still exists on quite a few menus.  Jiao recommends eating nutritious foods according to different seasons, individual physical conditions and location.  He says foods that raise energy in spring include sprouts and the liver of chicken, pork and lamb to replenish energy in the liver.

“Summer is a time to replenish energy mildly, and dispel heat and dryness,” he says. “It is good to eat lotus seed, mint, water chestnut, pigeon, beef and duck.”

For autumn, he suggests frying lily bulb with gingko, and making dishes with orange and pear. In winter, beef and lamb, as well as venison are all good energy boosters, he says.

“My concept of medicinal food is about scientific, nutritional cooking,” Jiao says. “It should be an advanced phase of development for Chinese cuisine, instead of a simple mixture of herbal medicine and food.”

“Those herbal medicines that can be mixed with foodstuff to treat illnesses should be left for doctors to decide,” he says. “As to those that are also foodstuff, people should be reminded of their side effects, but they should not be banned from using them.”

Note: This article was originally published on Pacific Herbs

This entry was posted in Ancient Wisdom, TCM Food Therapy. Bookmark the permalink.