Featured Article-Awaken the Healer Within

Awaken the Healer Within 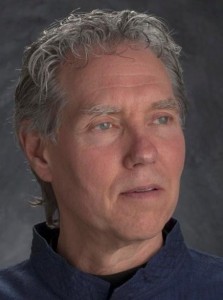 This brief interview with Dr Roger Jahnke, OMD, director of the Institute of Integral Qigong and Tai Chi (IIQTC), was published in the inhouse, staff oriented newsletter of the NIH (National Institutes of Health) in September of 2009.  The intent was to inform NIH employees about strategies for wellness and disease prevention. More recently Dr Jahnke presented the Co-Keynote for Washington DC Mind-Body Week with Dr. Herbert Benson, MD, the Harvard physician best known as the Father of Mind-Body Medicine. Throughout the NIH, there are numerous research trials in progress that investigate Qigong, Tai Chi and other Yang-Sheng topics.

NIH Interviewer: Dr. Jahnke, thank you so much for speaking with me.  Everyone has their own interpretation for the meaning of Qi (also Chi).  Could you define Qi for us?

Dr. Jahnke: Yes, thank you.  First of all, I would note that the most popular definition of Qi is energy.  However, if you ask in China, “What is Qi?”, it’s rare they would define it that way.  Typically the Chinese say that Qi is the dynamic force of a chemical reaction or the dynamic activity of extreme weather.  A medical doctor will say Qi is the capacity of the organs and other systems in the body to function.  An artist will say that Qi is creativity.  A psychologist will say that Qi is consciousness and emotions.  So now, for myself as a doctor of Chinese medicine for 30 years, my definition of Qi is really directed mostly by my commitment to developing a definition that respects the Chinese tradition as well as one that supports the evolution of our thinking in the Western world.  Qi has three equivalents from Western thinking.  At the physiological level, Qi is functionality.  The presence of function equals ample Qi.  On the energetic level, Qi is equivalent to ion activity in the body and the associated magnetic field.  From the perspective of consciousness or mind, Qi is both information and emotionality.  Qi is not one thing, Qi is a multiplicity that is given one name in the Chinese tradition.

NIH Interviewer: Could you discuss how the practice of Tai Chi and Qigong may benefit employees experiencing stress?

Dr. Jahnke: There are 3 aspects of Qigong and Tai Chi. First associated with body function.  The second with mind function and the third with what is referred to in most cultures as “spirit”. Stress is a challenge that is associated with the mind-body interaction.  In our review of the most well designed research literature (randomized, controlled trials), we’ve found that the largest bodies of research are in the areas of cardiovascular and psychological investigation.  In all of those studies, stress is a major component.  The finding is that Qigong and Tai Chi are especially well suited to support people in reducing the negative impacts of stress in their lives – thus reducing risk for both cardiovascular and psychological challenges.  To practice Qigong and Tai Chi, one purposefully relaxes.  This triggers a reduction in adrenaline based neurological and neurotransmitter activity, which significantly reduces activity of most or all physiological pathways that are aggravated by stress.

NIH Interviewer: What barriers or misconceptions are present when people hear about Tai Chi and Qi Gong?

Dr. Jahnke: The primary misconceptions are that Tai Chi requires that an individual alter his/her philosophical point of view due to the association with other societies.  This challenge comes up occasionally.  There is nothing about Qigong or Tai Chi that requires that.  In fact, one of the most vibrant places where Mind-Body Practices are being taught is the health ministry programs of faith based organizations – Christian Churches and Jewish Temples. The second barrier is that people say Tai Chi and Qigong are complex and hard to understand.  But in fact, most forms of Qigong can be modified to be extremely simple.  Tai Chi also can be modified.  At the Institute for Integral Qigong and Tai Chi, we train professionals from social services, education and health care, etc. to teach what is call “Tai Chi Easy” which can be adapted to any population.  It is very easy. 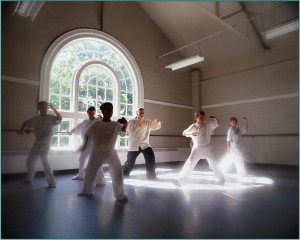 NIH Interviewer: Could you tell us about your personal experience with Tai Chi and how you were introduced to this practice?

Dr. Jahnke: My first Tai Chi class was in 1967 and I was immediately inspired by the inter-play of physical, psychological and spiritual elements to the extent that I‘ve been practicing Tai Chi and Qigong ever since.  This actually led me to my primary profession, which is a doctor of Chinese medicine.  My practice of Chinese Medicine goes back 30 years.   I have traveled to China eight times to really, seriously, investigate Qigong and Tai Chi. This included observations in hospitals, universities, public parks as well as the sacred mountains.  Personally, it has been very rewarding.  For my patients, it’s been very beneficial to use Qigong and Tai Chi to complement acupuncture and herbal medicine.  To be able to support the wider understanding of these powerful healing arts in the Western world, we founded the Institute for Integral Qigong and Tai Chi to educate the public, train teachers and to do serious research. In addition, the Healer Within Foundation is a 501c3 that delivers Qigong and Tai Chi experiences to populations that would otherwise not have access. It is very exciting!

NIH Interviewer: Could you discuss your research with Tai Chi and Qigong?

Dr Jahnke: In collaboration with the University of Illinois and the Arizona State University, we have launched a number of research projects to investigate the general benefits of Qigong and Tai Chi. The findings have been significant and positive.  This led to collaboration with Dr. Linda Larkey from Arizona State University to perform a comprehensive review of all the research literature on Qigong and Tai Chi. There are actually 77 randomized, controlled trials (RCTs) on a wide variety of health challenges.  Most impressive is that the next to the largest body of studies explored the psychological benefits. The first largest group is in the review, an even bigger surprise, was cardiovascular diseases.

Given that heart disease is the number one cause of death in the United States, it is fitting that a large amount of research has been done regarding the benefits of Qigong and Tai Chi.   Another piece of really good news about this research is that generally, the kinds of Qigong and Tai Chi that are utilized in investigating for the benefits, are typically very simple forms that are easy to learn and practice.  This comprehensive review of the literature demonstrates that the evidence base for Qigong and Tai Chi is very robust and it points to the primary areas of need for future research.  It’s fairly clear that quite a bit of research will be done on these mind-body practices in the near future.

NIH Interviewer: What are the lessons you’ve brought from your visits to China regarding Tai Chi and Qigong from an integrative health care and medicine stand-point?

Dr Jahnke: Exploring the health care system in China was very, very interesting.  The first interesting part was discovering that the Chinese had no apparent debate about whether to integrate Western medicine.  It was clear to me as an observer that Chinese society immediately recognized the benefits of both Western conventional medicine and Chinese traditional medicine in an integrated context.  Here in the Western world, there is, it seems, a little less enthusiasm.  The economics of medicine in China are much less commercial than in the US. However, it appears that the particularly low cost wellness practices of Qigong and Tai Chi will integrate into the Western world very quickly.  In 1997, the National Institutes of Health conducted a consensus meeting on acupuncture.  This was real policy leverage for the integration of Chinese therapeutics with conventional modalities.  In 2005 the University of Illinois co-convened with the IIQTC, the National Consensus Meeting on Qigong and Tai Chi. This has also has had significant policy leverage for Qigong and Tai Chi.

In China, it was particularly interesting to find high tech tools such as MRI and CT scanners directly adjacent to the herbal medicine pharmacy.  It was amazing to be touring the high-tech medicine portion of the facility and smell the fragrance of the Chinese herbs in the same part of the building.  In many cases, the doctors of Western medicine and the doctors of traditional Chinese medicine collaborated to determine clinical strategies that were both the most cost effective and the most clinically effective in a very collegial and open-minded way. 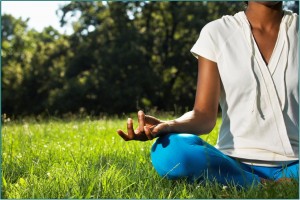 It was very inspiring to see thousands of people in the Chinese parks doing their Qigong and Tai Chi practices. More and more now we are seeing evidence of this in America. It’s especially amazing to know Harvard and other prominent medical institutions are advocating Mind-Body Practice. One of Harvard’s newsletters is called Tai Chi, “Medicine in motion.” Many physicians of Western conventional medicine are now making enthusiastic referrals to the traditional Chinese wellness practices of Qigong and Tai Chi.

NIH Interviewer: What are some of the challenges faced between Western physicians and integrative practitioners?

Dr. Jahnke: I think that here in the Western world we have somehow confused things terribly. There is the idea that medical intervention and health care are the same thing, and that wellness is a medical field.  In fact, we even call medicine “healthcare”.   As a result, our conventional thinking is focused on populations of people who have lost their health.  Once a person has lost their health, it is a standard of our system to utilize medical treatment as the sole strategy for resolution.  So, until recently there really has been no health care – that is disease prevention based on personal action.

The biggest challenge is to support the medical community in becoming as oriented and enthusiastic about prevention as possible.  Another challenge is to support citizens in understanding that preventing disease is much more easily accomplished than treating disease medically. Given the fact that medical practitioners are primarily trained in medicine – the diagnosis and treatment of disease — it is actually not the medical community’s responsibility to change what it does and how it works.  The shift that will happen and is happening is in policy and in people.  As policy supports a more wide spread understanding that almost all diseases are preventable, our citizens will have greater access to programs, and incentives that support prevention through healthful behavior.  That way medical doctors can focus on medicine and disease while the society focuses on

health care – “to care for health”. 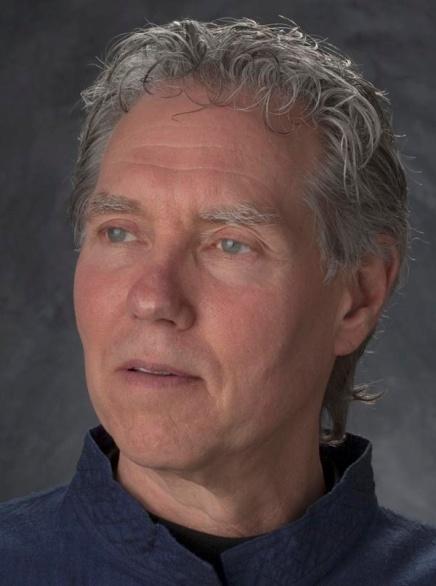 [Roger Jahnke, O.M.D. is a doctor of Classical Chinese Medicine with thirty years of clinical practice and eight research trips to China to study its ancient healing traditions. He is director of the Institute of Integral Qigong and Tai Chi and serves as a consultant to hospitals, social service agencies, and corporations in Complementary and Integrative Medicine (CAM / IM), wellness, and medical cost reduction. Dr. Jahnke is author of The Healer Within (HarperSanFrancisco, 1999) used in body/mind programs worldwide. His most recent book, The Healing Promise of Qi (McGraw-Hill, 2002) has become an instant classic in the western literature on Qigong and Tai Chi. In 2005, Dr. Jahnke was appointed to co-convene a “National Expert Meeting on Qigong and Tai Chi” in collaboration with the University of Illinois at Urbana-Champaign and the National Blueprint for Active Aging. For more information, visit http://www.FeeltheQi.com.]
Do you like this? Please share it:
Tweet