A Personal Story of Healing 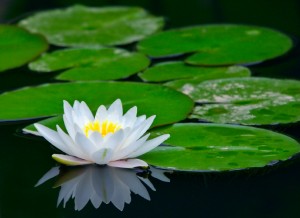 Around 35 years ago I had a bad bout with infectious hepatitis, giardia, and amoeba histolytic–all at the same time!  Needless to say, it was a long recovery process. The only problem was that I never fully recovered. For the next ten years I suffered with a variety of symptoms­–including digestive upset, dizziness, cognitive impairment, emotional roller coasting, insomnia and a level of fatigue that is hard to understand if you have not been through it.

Finally, after years of suffering, I was diagnosed with CFIDS, commonly known as Chronic Fatigue Syndrome. This is a little understood disease in Western medicine. Western docs think it may be some kind of autoimmune disease.  Needless to say, there is no cure or even much treatment for this insidious condition. The most they can come up with is “take a lot of rest and maybe some vitamins.” At that time there were many docs who didn’t even believe such a syndrome existed.  More than one doc told me that it was probably “all in my head” and if I just calmed down it would go away! It was bad enough to be so sick but to be dismissed by doctors just made things worse.

I tried acupuncture but there was so little qi in my system there was barely anything for the acupuncturist to work with and often I would be wiped out by the treatment. I tried various naturopathic treatments but none of them worked. Finally, I ended up completely bedridden. At the time I had three young children as well and my wife often had to pull double duty.

Through the local CFIDS support group I met a woman who told me of the great benefit she had gotten from Chinese herbs. I had tried Chinese herbs already and had limited success with them. Sometimes I would feel a little better only to fall back into the disease again. But the herbs she was recommending were food-grade herbs. (In Chinese medicine there are three levels of herbs–medicinal, food grade and toxic.) The company I bought the herbs from was a multi level marketing company, which made me hesitate a little but since she had so much relief from them I decided I was desperate enough to try them!

I felt nothing for a while but gradually I began to feel better and better and after a few months on them I was able to leave my bed and resume my life again. You can only guess how happy that made me! I was able to become a parent again and I even felt good enough to resume my taiji classes with a wonderful “old school” Chinese master.

I hadn’t reached full recovery yet but was able to function so much better that when I heard about a qigong class taught by a Chinese woman who had cured her breast cancer, I jumped at the chance. I drove a few hours to where she was teaching and, in one weekend, learned Soaring Crane qigong. The teacher, Chen Huixian, was a wonderful, loving person who felt a calling to help other people heal the way she had. We have remained friends for years since then.

The qigong that I practiced bounced my healing up a whole new level. At first I would be very tired after practicing but, with time and diligent practice, I began to feel a stronger and more settled energy after practice. When I decided to look into the philosophy behind Chinese healing modalities I discovered Daoism, which was the final piece of my healing journey.

Now, twenty-three years later, I find my practice still shifting and opening up to new levels. Qigong can effect and heal on so many levels–physical, emotional as well as spiritual. It is a priceless tool that has handed down to us by the ancient masters. Not only that but new forms and practices are being created all the time, both in China and in the West.

Now 23 years later, I have very good health, travel each year to China, leading tours to the sacred mountains, make my living publishing a Daoist journal and writing books on qigong and Dao and teaching qigong! It is true, as the Old Boy says; the longest journey begins with the first step. I am so grateful for the help I got along the way to my healing and to the wonderful modality of Chinese medicine and qigong.

For anyone suffering from CFIDS, with its many seemingly unconnected symptoms, please know that there is light at the end of the tunnel! Chinese herbs and qigong are a large part of the recovery process. Please feel free to contact me with any questions or concerns you may have about this.

The following is a piece I wrote some years ago which, I think, captures the real feeling of qigong practice.

“What is this thing you do?”
he asks, hesitantly,
over the phone,
“this quee gung?”
“Is it a martial art?
he asks,
or is it some kind of health practice?”
“Well,” I answer,
it is a health practice,
it’s also a meditation practice,
as well as a spiritual practice.”
“Wow,” he says,
“all in one package huh?
What a deal!”
I suppose qigong
could be called
a sort of
psycho-spiritual-
energetic-meditation-
movement/exercise/routine.
Then again,
there’s no need
to get so technical.
Qigong is really
just something that I do,
like breathing,
like eating,
like dancing,
like making love.
Making love
with the universe,
you might call it.
An amorous, attentive,
articulated, attitude
of openness and grace—
an exchange
on a deep and basic level
of my inner being
with that of the great
undivided, unending,
undissolved Dao.
And with that exchange
comes balance, harmony,
a composure of spirit,
a deepening of character,
a relaxing of mind muscles,
a feel of safety,
of being at home,
of being empty
and full at the same time,
of being attentive to detail,
clear of vision,
open of heart,
soft yet strong
like water, like wind,
sensitive to changes
in the energetic atmosphere,
simple joy in beingness,
compassion for the sufferings
of those around me,
a sense of proportion,
of objectivity,
of openness to change,
transformation and miracles,
a greater sense of
who I am myself
and how I fit into
the grand scheme of things,
a deeper understanding
of how I fit into nature
and how nature fits
in to me.
Of course sometimes
it’s just too hard,
too tedious, too boring,
too hot, too little sleep,
not in the mood,
no time, no quiet,
too much to do,
too much to understand,
too much to remember,
too hard to stretch,
to stop my madly
running mind.
I’m too off center,
too sad,
too anxious,
too impatient.
too spaced out,
too distracted,
too distraught,
too confused,
feeling hopeless,
out of whack,
deflated, defeated,
dissolved in my own
sense of importance
or no-importance.
But still, the practice,
the form,
the breathing,
the focusing,
the exchange
of light and darkness,
of form and formlessness,
or yin and yang,
in and out—
all sustains me,
uplifts me
out of my limited
sense of being,
my old tired patterns,
my old empty
emotional, mental,
physical and spiritual states–
those oh so familiar faces
of doubt, worry, fear
that we all carry
from childhood,
those past life
karmic hauntings
that hold so much power
over us
until we learn
to let them go,
release them
gently but firmly
into the great healing
eternal Dao.
Yes, I say,
this mysterious qigong practice
that practices me,
is sometimes a struggle,
sometimes a dance,
but always a wise
and nurturing teacher.
Yes, it is something
that I hold dear and precious
like a light in my life,
like a treasure in my heart,
like a gift of the universe
which humbles me
and fells me
with the sense of awe.
This qigong,
as dear to me
as the smile
on the face
of my beloved,
the firm yet loving
words of my teachers,
the clear eyed vision
of my children,
the very centermost
core of my being—
eternal, vast
formless yet solid,
eternally present
while I drift aimlessly
through the wu wei
of my exultant, hopeful,
endlessly unfolding life.
[Solala has been involved with Daoist practices

such as taiji, qigong and meditation for almost 23 years now. He has been publishing The Empty Vessel: The Journal of Daoist Thought and Practice, for almost 18 years. He has written a number of books on Daoist thought and practice (including Cha Dao: The Way of Tea and the Inner Chapters of Chuang Tzu) and has been leading tours to China to study qigong and other Daoist practices in the sacred mountains of China since 1997. In addition, he has recorded four CDs on meditation/relaxation/movement music using Tibetan singing bowls, both Chinese and Native flute and harmonic overtone singing. He can be reached at solala@abodetao.com or at his website at www.abodetao.com ]
Do you like this? Please share it:
Tweet

This entry was posted in Featured Article and tagged herbs, Qigong, Solala. Bookmark the permalink.