The Sexual Dynamic — A TCM Perspective

The Sexual Dynamic — A TCM Perspective 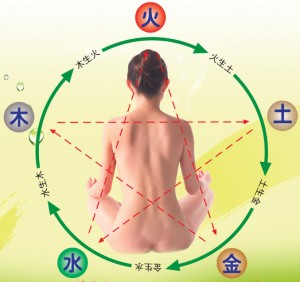 Michael was not the best looking guy my patient Heather had ever seen. The many women who flocked around him the night they met would agree. But there was something about him that ignited sparks. When he caught her eye from across the room, she could feel the chemistry instantly. As they walked toward one another, her breathing deepened and her heart rate sped up. By the time he introduced himself, there was so much going on between them, neither could muster the social graces to avoid stumbling through the first few sentences of conversation. Having been a patient of mine for several years, Heather had learned to view men a bit differently than the average single girl. So when she first heard his sexy and forcefully masculine voice, her knees went weak but her mind said liver.

Michael pursued Heather in the manner typical of a man on a sexual conquest. A screenwriter, he would stay up to all hours writing her love letters that would make Robert Browning jealous. He spoke words that had truth and depth of feeling in them. They would walk together on the beach at sunset, dine on fresh fish and fine wine. He wanted late night discussions about memories, art and theater. And while he dreamed of amour, she thought kidneys.

Attraction, courtship and romance, when viewed through the lens of our medicine, aren’t nearly as confusing as or elusive as our psychoanalytic or sociological models would have us believe. We can analyze behavior through the psychological paradigm inherent in yin/yang, zang fu and five element theories, for example. Doing so helps us read our patients’ love-related experiences differently. As a result we can support them more effectively.

We are attracted to others, certainly, for their looks, accomplishments and bank accounts. But the body responds to what I call a potential partner’s energetic profile: the syndrome picture that makes up their health and personality traits.

There are many attraction patterns. The simplest are those that mirror or complement our own energetic profile. For example, a person whose kidney deficiency results in a full heat condition may yearn to cuddle with a cool, calm yang deficient type. The spleen easily becomes narcissistic and mentally oriented. This organ’s tendencies are often behind the yearning for a like-minded partner. But Michael was the kind of guy many women are drawn to. His appeal had more to do with a syndrome that just looks sexy. Stagnation!

Women make changes in their bodies of a magnitude far greater than anything else in life. They turn an egg and a sperm into a baby. So it makes perfect sense that when meeting a man, a woman is sure she can change him. Fix him. This yin transformational quality is found in both genders. Energetic stagnation appears complex and mysterious. Its complexity is titillating and stimulating for the yin of both genders to fix.

When you have a patient who is continually attracting rotten relationships or another who is married to someone based upon an energetically pathological attraction, you can help them heal. By showing them the causative factors on an energetic level, you give them the option to change the pattern. As the body heals energetically, attraction and behavior patterns heal. Release qi, and your patient can stop seeking out partners to rescue and run from. Tonify, and your patient will no longer yearns for the empty heat of another unsatisfying affair.

Heather had promised herself that she wouldn’t fall for Michael. He had that deep deficiency that results from coming through adolescence with a weak earth element and lousy diet. Because his spleen couldn’t effectively support his kidneys he had that “just got out of bed” pallor. You know the “I’ve been doing IT all night and I am just pooped out in that special way” look. You can find many male models with that look. His deficiency left the liver undernourished by its mother organ (kidney) so his moodiness drew women for miles. This was a dangerous man to get close to.

After being pursued for several months Heather gave in. Passion inspired passion. One can only handle so many twilight sunsets before seeing stars. She figured she was just being arrogant to continue resisting. Perhaps she was wrong, she reasoned. Maybe all the TCM thinking was just her way of being self-protective.

Lo and behold the tone of the love letters suddenly changed. Within a matter of days, Heather was informed that she and Michael could not possibly be right for each other because of this and that. She was too upside down and inside out and who knows what else. He was tortured about the whole thing, of course, but his deep intuitive knowing made him recognize how wrong this all was.

Bottom line, once Heather stopped blocking Michael from getting close, his stagnant condition insured that she could not get close to him. Something had to block the intimacy to keep the dance between them going. Without blocks, the energetic imbalance in him was going to be contradicted. Michael couldn’t open to being loved because his yin was too weak to receive. If Heather resisted him he could dramatize his hunger for her. But as soon as she became available he would have to pull away to continue reflecting his syndrome pattern in his behavior

Michael had to be able to have sex with other women. And he deeply needed one who was much more something or other than Heather was. His behavior became so obnoxious she had to end the relationship. This was, of course, all part of his plan. I do not mean to say he was not a victim to that plan himself. She found it fascinating and painful to watch him act it out.

So Heather learned that her knowledge wasn’t arrogance and that our medicine was right. She should have listened to what TCM had told her because running into energetic stagnation hurts. It stops the flow of life, love, conversation, growth and honesty. It creates drama on one end of the emotional spectrum and a feeling of emptiness on the other. It results in what I call a beer foam condition: one that fills up the time but has no substance, just as beer foam fills up the glass but has no taste

How do your patients reflect their energetic profile behaviorally? Upon questioning them can you see a correlation between your diagnosis and their interpersonal challenges? By viewing a patient’s behavior the same way you would their eating or sleeping habits, you can more accurately asses their needs and more effectively alleviate the pain in their lives.

[Born in Los Angeles and raised in a medical family, Felice Dunas, Ph.D., is an acupuncture industry founder, international lecturer, published author and executive coach. She earned her Bachelors degree in Sociology/International Health Care from UCLA, and her Doctorate degree in Clinical Chinese Medicine and Pharmacology from Samra University.  She uses ancient principles of the body and human behavior to enhance the lives of individuals, couples and corporate executives. Having lectured in over 60 countries, she addresses health, vitality, interpersonal intimacy and sexuality. Dr. Dunas is the author of the best selling book from Penguin-Putnam, “PASSION PLAY: Ancient Secrets for a Lifetime of Health and Happiness Through Sensational Sex”.]

This entry was posted in Healing through Pleasure and tagged Felice Dunas, sexual dynamic. Bookmark the permalink.

2 Responses to The Sexual Dynamic — A TCM Perspective