Learn About Dao – Zhuangzhi on Freedom

Freedom is the central issue in the ancient classic Zhuangzi and the focus of its very first chapter, “Free and Easy Wandering.” As its various stories show, each being has its own unique character, abilities, and nature—it does what it does within its own frame of being, following its naturalness in nonaction. This is freedom: not a general attitude or state but a personalized pattern, to do what one does best with the utmost joy (Fung 1952, 1:226). This, however, also limits perspective: the small cannot comprehend what the big is doing; the ordinary cannot understand what it means to be extraordinary; the practical cannot see the potential of apparently useless items.

Zhuangzi’s “wandering” thus means following one’s own natural patterns while adapting to the changes. It may imply “a laid-back attitude towards life in which one takes things as they come and flows along with Dao” (Mair 1994, 385); it may be more ecstatic, a “trip” beyond the boundaries of ordinary life (Graham 2001, 8); or it may be more spiritual and profound, a surrender “to the chaos of self-emerging life” (Mollgaard 2007, 22). Originally indicating “the unrestrained flow of a banner in the wind and a fish swimming in water in playfulness, it is a self-satisfying movement that fulfills itself” (Wu 1990, 85), a way of being in the world that is “completely open, versatile, and ready to become whatever the hand you are dealt requires” (Levinovitz 2012, 395). 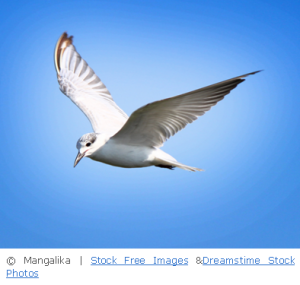 Wandering can occur on two levels: within the boundaries of the world, between the constraints of society and nature; and beyond common boundaries, between Heaven and Earth, beyond the four seas, in the infinite (Jiang 2011, 470-71). “Wandering,” moreover, is often used as a transitive verb in the sense of “let something move” in leisure (xiao逍) and without regard for distance (yao遙). An example is chengwu youxin乘物遊心: let the mind move by striding on things, let things carry the mind along in free flow. This means that one no longer has deliberate goals and is instead centered completely in the transforming processes of Heaven and Earth (Graham 2001, 69).

Like nonaction, free and easy wandering has been read in a variety of ways and on different levels, connecting and comparing it to visions of freedom in the West. Liang Qichao 梁啟超, for example, sees it as an early expression of “free will.” Tan Sitong 譚嗣同 finds in it the release from governmental authority. Yan Fu 嚴復 reads it as anticipating “freedom and equality in the Western sense,” emphasizing not only the ability but the right to self-determination. Li Zehou 李澤厚 finds that Zhuangzi in this concept gives prominence to the individual for the first time. Liu Xiaogan 劉笑敢 acknowledges Zhuangzi’s pursuit of freedom but seees it as different from the modern Western concept of political and individual liberty (Deng 2010, 316-19).

Others are more critical. Hou Wailu 侯外廬interprets “wandering” as an escape from life, a denial of social responsibility, an advocacy of hermetic philosophy while Guo Moruo 郭沫若sees pessimism and opportunism in Zhuangzi’s position (Deng 2010, 320- 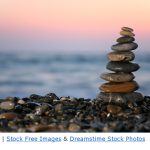 21). Deng Lianhe  鄧聯合himself roots it in the particular age of writing: “The ‘happy excursion’ is a forced decision by individuals in a dark age, but not a way of existence and the ideal of life in a normal society” (2010, 222). It was because people at the time could not fulfill themselves within their society, torn apart by wars and strife, that they turned inward and “produced an unexpected positive effect: the awakening of human consciousness” (2010, 223).

A more subtle analysis of free and easy wandering shows that it has five features: it transcends contingency and is not dependent on circumstances or good fortune; it implies no fixed norms or direction but focuses on adaptation to change; it is grounded in an understanding of the potential range of alternative forms of life; it implies a readiness to transcend limits or boundaries associated with mainstream values and norms; and it is associated with an essentially carefree attitude (Fraser 2011).

Freedom in the Zhuangzi is experienced not as political liberty but as intrapsychic harmony (he 和) and inner peace (an 安); there is a sense of flowing along (shun 順) with the natural processes. There is no goal—unlike happiness in the West which is the “ultimate goal” of life in a teleologically oriented philosophy of finality (Jullien 2007, 102-07), wandering has no end other than itself, no fixed path (Fraser 2011).  It is everywhere (Merton 1969, 27). Yet, since it requires a constant response to change, it involves cognitive flexibility, the ability to look at things from multiple perspectives, and the capacity to play: discover, explore, wonder at the world (Fraser 2011; Wu 1982, 19). It is “being in phase,” a form of “free evolution, proceeding in comfort, at will, without a designated port and without anxiety over the outcome.” Like fish in water, people are in Dao: they “swim in this milieu of endless movement,” letting “life itself decide how it will go” (Jullien 2007, 109). 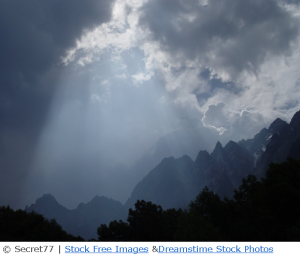 Happiness (le), moreover, is the intrinsic quality of the ongoing process of wandering (you) in an attitude of nonaction (wuwei). It is not eudamonia, the ancient Greek concept of the good share or good spirit (daimon) given by the gods nor its expansion, the ultimate fulfillment of human endeavor, the universal end of life, what the American founding fathers implied when they put the “pursuit of happiness” into the Constitution (Jullien 2007, 110). The trick to realizing it fully is to “bring some heaven into myself,” i.e., “to make contact with that part of myself which is pure process (natural and spontaneous) through the liberation from everything superimposed by the ‘induced point of view’ or bias of an individual ego” (Jullien 2007, 43).

This means to align with the heavenly rather than the human, the cosmic rather than the social, to “adequately respond to and satisfy the vital injunction that comes to me directly from the immense source of reactivity that lies in the great world process as a whole rather than from the narrow orb of my desires and repulsions” (2007, 44). The most important question for the Zhuangzi is accordingly how to distinguish one from the other: the heavenly from the human, the deep-source impulses from extraneous conceptions and desires. The bulk of the book, then, focuses on understanding the workings of mind and body and on learning how best to work with life in all different modes and levels to not only attain the experience of wandering in perfect happiness and nonaction but maintain it at all times and through all the ups and downs of life.

Dr. Livia Kohn, is Professor Emerita of Religion and East Asian Studies at Boston University. A graduate of Bonn University, Germany, she has spent many years pursuing research on medieval Daoism and Chinese long life practices. She has written and edited over 25 books, taught many classes on Asian religions, and worked on a large variety of related projects.  In addition, she has practiced taiji quan, qigong, meditation, yoga, and other cultivation methods for many years. These days, she lives on the Gulf Coast of Florida, and is a Daoist freelancer. She  teaches workshops all over the world, runs international conferences on Daoist studies, and is executive editor at Three Pines Press and of the Journal of Daoist Studies. She has lived in Japan for a total of ten years and traveled widely in Asia, especially in China, Korea, and Thailand. Aside from her native German, she is fluent in Chinese and Japanese. To contact Prof.  Kohn, please e-mail liviakohn@gmail.com

2 Responses to Learn About Dao – Zhuangzhi on Freedom