The Essential Work of Being One’s Self 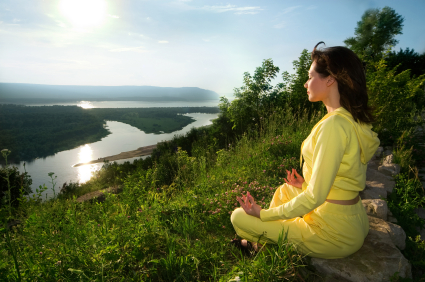 In the view of Qi-cultivation, at the beginning of the self-development stage, one’s essential self resides deep inside the individual, not outside the individual.  However, in general, in our conventional education system, we have been trained intellectually, and our mind is used to being outwardly directed all the time.  We have trained the brain and the body how to bring knowledge and information into the body system, but we’ve not been trained how to bring the inherent gifts and talents out efficiently.  In other words, conventional education is more focused on input training, not enough on output training.  Over time, the conventional education system creates extremely imbalanced people. The internal intelligence always tries to do us a great service, working very hard to send signals and messages to the mind to tell us what is wrong internally or in our activities; however, the busy mind cannot see it and cannot hear it. The internal intelligence, the body’s information system, is either being ignored or abused by the mind all the time.

From the perspective of Qi-cultivation, an education system should not only focus on intensive intellectual training, but, equally importantly, it should focus on energetic and intuitive training.  In other words, an education system should not only focus on knowledge from the outside but also focus on the intelligence and wisdom within.  During the process of internal cultivation, one important aspect is establishing a stable and peaceful mind through combining meditation with internal Qi cultivation and development.  The establishment of a stable and peaceful mind allows us to observe and recognize the thoughts, emotions, images, and memories on the mind screen and to learn how to identify where they come from, where they go, and how to identify which is yours, which is not, and how to respond to them and manage them.  For example, during your meditation, a thought of eating pizza or drinking a cup of coffee rises up to your mind screen–are you aware if this thought is yours or has it come from outside? Or to take another example, during your meditation, a feeling of anger suddenly rises up–are you aware if this emotion and feeling is yours or has it come from another person? In these kinds of situations, how do you respond to these thoughts and emotions? How do you choose to be “yourself”?   Boundaries, and awareness of self and other, are a very demanding and intensive aspect of energetic cultivation and education.

With Qi-cultivation, practitioners are able to experience the functions of the body at a subtle energy level.  The body functions like a mirror for the mind, reflecting thoughts and emotions seamlessly and precisely.  The body provides very useful feedback and information regarding one’s own thoughts and emotions, as well as reflecting the thoughts and emotions of others.  The goal here is to recognize others’ thoughts and emotions and not be carried away by them if it is not in accordance with the Dao; once the practitioner has mastered that, the next goal is to recognize what is originating from oneself and not be carried away by that either if indeed it is not in accordance with the way of health.  Qi-cultivation, therefore, plays an important role in self-realization and self-refinement.

Have we left behind the question of what is yours? Mine? Ours?  Lao-Zi describes the ever-widening circles of growing virtue in the following passage from the Dao De Jing:

At this level of cultivation, who is this true self?  Is it an individual or small self?  How much of such an individual may already have been discovered to be a mental construction, an illusion or delusion based on supplemental self-importance, not on genuine “mind-seal” or “heart-seal,” where the individual is linked to the light of divine consciousness/Dao.

The qi cannot be detained through physical force, but may be brought to rest by force of virtue.  It may not be summoned by means of sound, but may be received through one’s thoughts.  To guard it alertly without fail, this is called perfect virtue.  When virtue is perfected wisdom emerges and all the things of the world are grasped. (–Translated by R. Eno)

Cultivating the body within and developing the character is the key of self-refinement and development.  Once practitioners are following the way of virtues, their progress at each stage should not be a pathway of delusions, but should be tested or identified through actual achievements and demonstrations of mind seals.

When a practitioner is on a pathway of delusion they are fixated and captured by thought-forms, experiences, and programs from their own past and from the outside as well.  This will bring frustration and failure, because they are not meeting up with reality; on an energetic level the body’s nerves are constantly being bombarded by and resonating to what they think and what they react to passively.  Then all the energy is used on behalf of delusional activities and will bring exhaustion and the wasting of the energies and make their system weak and sick.  Whereas, when an individual has cultivated their internal Qi system, the body provides important information and intelligence.  It gives the mind valuable feedback about where and how to make adjustments and corrections, and helps to synchronize the personal mind with the mind of the Dao.  This is the demonstration and verification of the “mind seal” or “heart seal,” where the true self is integrated with reality.

So much of what can get in the way of great realization for cultivators can be traced to educational and cultural conditioning and programming where the individual so habitually identifies the self with cultural concepts or ideas, or identifies the self as the body’s conditioned programs and memories, that the larger picture of true self has become lost, inaccessible, or is a terrifying immensity, the achievement of which could easily be equated with the annihilation of all that the individual has ever been told to value and uphold.  It is a large project to realize the Dao.  Qi is part of the project, but so is the willingness and courage to become something or someone else. 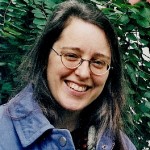 Jill Gonet, MFA earned her BA at the University of Massachusetts, and her MFA. from the University of Washington. Her writing has appeared in numerous literary journals over the years, including Poetry, Ploughshares, The New England Review, The Gettysburg Review, and The Best American Poetry, among others. She is the recipient of awards from the Poetry Society of America, as well as grants from the Seattle Arts Commission. She was interested in ancient Daoist classics since high school years, and has studied Dao De Jing-the Way of Virtues, Yi Jing-the Book of Change, Ling Shu-the Spiritual Pivot, Zhuang-Zi, Lie-Zi, diligently. She meditated and practiced Qigong daily for over 20 years. She has combined her interests in writing, Chinese culture, and the art of internal cultivation by collaborating on many writings with Dr. Sun. 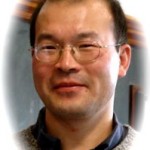 Guan-Cheng Sun, PhD is the founder of the Institute of Qigong & Integrative Medicine. Dr. Sun earned his Ph.D. in molecular genetics from the Graduate University for Advanced Studies in Japan in 1993, and was awarded a fellowship from the Japan Society for the Promotion of Science. From 1994-1997 Dr. Sun conducted postdoctoral research in molecular endocrinology at the University of Washington. This research enriched his theory and practice of Qigong. His understanding of modern molecular genetics and scientific principles, as well as his experience with internal cultivation, allowed him to create a unique bridge between cultures. Dr. Sun has spent over 30 years refining his skills and has developed a new system of Qigong called “Yi Ren® Qigong.” He is currently engaged in Qigong and Integrative Medicine research at Bastyr University and University of Washington, Seattle, Washington.
Do you like this? Please share it:
Tweet

This entry was posted in Method of Improving Meditation and tagged being oneself, cultivation, Qigong. Bookmark the permalink.

One Response to Methods of Better Meditation