The Yin Organs are classified as internal relative to the external Yang Organs (1, 2, 3, 4).  They are connected in pairs, as indicated in the following sections, by Principal, Diverging and Connecting Meridians of the same name.  The functional relations between these pairs range from strong for the Stomach and Spleen to very tenuous for the Triple Burner and Pericardium – in fact, some texts state these last two pairs do not influence each other.

The interrelation between the Spleen and Stomach is so close that they could be considered as two aspects of the Organ system for digestion and distributing nutrients to the body.  The Stomach governs reception, rotting and ripening of food.  The absorption and distribution of nutrient substances depend on the Spleen’s function of transportation and transformation.  The Spleen’s function of transporting food qi to the body is dependent on the Stomach qi.  The Stomach is the origin of fluids, but relies on the Spleen to transform, separate and move them.  Dysfunction of reception by the Stomach may lead to poor appetite and a hungry sensation.  Dysfunction of transportation and transformation by the Spleen, due to retention of dampness, may lead to inability to ascend and clear and affect receiving and descending of the Stomach.  This leads to symptoms such as: poor appetite, nausea, vomiting; distention of the epigastrium.

These two organs are only connected psychologically and pathologically.  Some Chinese medical texts say that Heart qi helps the Small Intestine to separate, but this is not explained clearly.

Psychologically, the Liver’s guidance in planning life is dependent on the Gall Bladder’s influence on having the initiative and courage to make decisions.  An excellent point to affect the mental influences of the Gall Bladder is GB 40 (2).

Some syndromes of the Liver and Gall Bladder cannot be separated completely and clinical manifestations frequently appear together.  For example, both excessive Gall Bladder Fire and excessive Liver Fire may have symptoms of chest and hypochondriac pain, dry throat, bitter taste in the mouth, from extravasation of bile, and irritability.  Damp heat in the Liver and Gall Bladder may produce jaundice, a bitter taste in the mouth, hypochondriac pain and mental depression, resulting from the stagnation of Liver qi.

There is a close interrelation between these two Organs.  The Bladder derives necessary qi for fluids transformation from the Kidneys and the Gate of Vitality (Ming Men).  Kidney qi also helps the Bladder to open and close regularly.  On the other hand, the Kidneys depend on the Bladder to move and excrete some of their “dirty” fluids.

Deficiency of Kidney qi will lead to irregular opening and closing of the Bladder resulting in dysuria, enuresis; incontinence of urine and frequency of urination.  Pathological changes in the storage and discharge of urine are often related to problems of both the Kidney and Bladder.

The interrelation between the Triple Burner and Pericardium is questionable and may be through the meridians.  The classics are not much help.

Some Chinese medicine teachers and doctors even say that these two organs are not interiorly and exteriorly related as the other 5 pairs of organs.  The Medicine Treasure states that the Triple Burner is interiorly-exteriorly related to the Gate of Vitality or Ministerial Fire.  This clarifies the ascription of the Triple Burner to Fire from the 5-Element perspective.  Since the Pericardium has a close anatomical connection to the Heart, it also should belong to the Fire Element.  Hence, the Pericardium and Triple Burner are connected through the Five Elements (2). 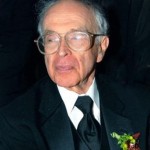 Dr. Eisen is a retired scientist, who constructed mathematical models in medicine. He has studied and taught Judo, Shotokan Karate, Aikido, Qigong, Praying Mantis Kung Fu, and Tai Chi in different places.  He took correspondence courses in Chinese herbology and studied other branches of Chinese medicine with a traditional Chinese medical doctor.  He was the Director of Education of the Chinese Medicine and Acupuncture Institute in Upper Darby, P.A. http://home.comcast.net/~carolezak

By profession, Dr. Eisen was a university Professor specializing in constructing mathematical models such as those in cancer chemotherapy and epilepsy. He has studied and taught Yoga, Judo, and Aikido. Dr. Eisen was the founder and chief-instructor of the Shotokan Karate Clubs at Carnegie-Mellon and Dusquene Universities and the University of Pittsburgh. He helped teach Yoga in Graterford prison. His curiousity about the relation of Qi to healing and martial arts led him to study TCM, Tai Chi and Praying Mantis Kung Fu. He was initiated as a Disciple of Master Gin Foon Mark. Dr. Eisen now teaches (at his Kwoon and by webcam), writes and researches Praying Mantis, Qigong and Yang Tai Chi - see http://home.comcast.net/~carolezak
View all posts by Martin Eisen →
This entry was posted in Scientific Qi Exploration and tagged bladder, fu, gall bladder, heart, Kidney, large intestine, liver, lungs, organs, pericardium, small instestine, Spleen, stomach, triple burner, yang, yin, yin yang, zang. Bookmark the permalink.