The Chakras (1): How the Rainbow Colors came to be… 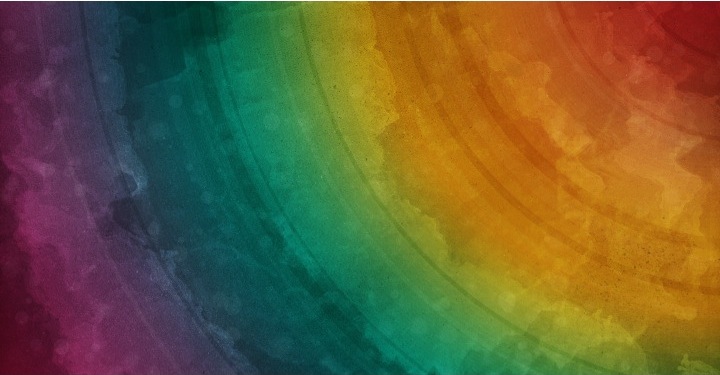 Did you ever wonder how the colors of the chakras found their way into our present culture?  I have.

As an energy worker and certified teacher of yoga, I have been taught through a variety of systems as to how to activate my chakras.  I invested time in private training with those who specialized in chakra activation.  I’d spent numerous hours in meditative focus trying to activate my chakras based on their associated color.  The reason for this effort, I was told, is that once I balanced the chakra’s colors I would enjoy a healthier body and mind.  I was promised that spiritual enlightenment would occur through the chakra’s activation process.  After putting in considerable time and effort, I was disappointed.

So I decided, to do my own research into chakras.  This is when I began to dig into the historical understanding of chakras.  The first thing I discovered was that ancient chakras were basically colorless.

Beginning with the origin of the chakra colors, I’ve learned that there is no mention of “chakra colors” in The Upanishads, a collection of ancient texts that supposedly have secret and sacred knowledge.

One authority states, “The Hindu religious texts, the Upanishads, dating from around the 7th-8th century BCE, first mentioned the existence of cosmic energy called prana, which was received by all living creatures upon the Earth; however it was not until sometime between the 2nd century BCE and the 2nd century AD that the first mention was made of “chakras” (2).

Still another authority states, “the first known mention of chakras appeared in a number of early Upanishads around 7-800 BCE.  Later Upanishads around 200 BCE – 200 CE, namely Shri Jabala Darshana Upanishad, Cudamini Upanishad, Yoga-Shikka Upanishad and Shandila Upanishad, made reference to tantric concepts such as chakras and mantras, and gave both locations and symbolism.  In the 10th century, the Gorak­shash­ata­kam, written by Guru Goraknath, gave information on the powers of awakening and meditating on the chakras” (3).

Then there are authorities such as this author in Wikipedia who discusses the color orientation of the “Chakras” (4).  However, upon closer examination, the references to the “color” claims are in need of a “citation,” meaning their statement is in need of references to reliable sources not yet provided by the author per Wikipedia.

Other Chakra articles, such as (5), points out “Despite everything you may have heard or read about chakras, there is no unified theory or explanation of exactly what the chakras are and what they do. Unfortunately, much of the information on chakras is simply a repeating of what has been said or written elsewhere and the basis of its authority is only from in their repetition. Very often components from different theories become mixed together adding to the confusion and misunderstanding.”

I began to see the repetitive way that chakra authorities state their position and meaning according to their unknown sources.

Here is one authority I believe sums the chakra current claims:  “While all these references are suggestive and intriguing, they are ultimately only precursors to what we currently understand as the chakra system. Despite the extravagant claims made by some chakra enthusiasts, there is little evidence that the seven-chakra system as we know it today, is really any part of an unbroken tradition dating to antiquity” (6).

Based on this last author’s comments, we may understand that the Chakra system has been transformed.  The Chakras as told in the historical story had been ratified over time by the ancients who had interpreted the ancient Upanishads Vedic texts.  This is even present in the chakras origin on the dual yogic and Tantric systems that founded and interpreted these subtle energy centers. If this wasn’t complex and fractured enough, it becomes more so as the west interprets the eastern view on chakras.

First was an adaptation of the Kundalini chakra system with a western view, then a Theosophical view of chakras, and lastly our present New Age interpretations. 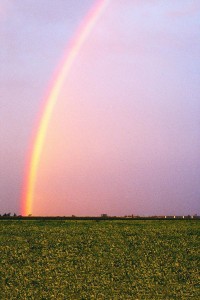 It was Sir John Woodroffe’s complex body of chakra work called titled The Serpent Power (7) that took Kundalini to a new level.  Later, from this complex Kundalini body of work, came the now-predominant Western Theosophical view of C.W. Leadbeater in his book The Chakras that took strong hold of the western view of the chakras (8).

Now this is where it gets interesting. Christopher Hills, the last influential person, develops his own personal version of the rainbow colors of the chakra system.  He published a book entitled Nuclear Evolution in the early 70’s which probably did as much as Leadbeater to influence Western thinking about the chakras.  Today, this book is the Western New Age foundation for the Chakra Rainbow System.

In a very thick book, Nuclear Evolution, published in the early 1970s, Hills suggests that each of the chakras corresponds to one of the seven colours of the spectrum.  He then associates each chakra and colour with a particular personality type.  A great deal of his book Nuclear Evolution is devoted to explaining each of these personality types in detail.  His typology is quite fascinating, and certainly equal in profundity to the personality typology of comparable systems of character analysis, such as Carl Jung and Humanistic Astrology.

Although the psychological aspects of this theory did not catch on, the idea of matching the seven chakras with the seven colours of the spectrum was so appealing that just about every book on the chakras written since then show the chakras in rainbow colours (9).

Or as quoted in Wikipedia on the New Age rainbow chakras, “The convergence of these two distinct healing traditions and their common practitioners’ own inventiveness have led to an ever-changing and expanding array of concepts in the western world.  According to medical intuitive and author Caroline Myss who described chakras in her work Anatomy of the Spirit (1996), “Every thought and experience you’ve ever had in your life gets filtered through these chakra databases. Each event is recorded into your cells…” In effect, your biography becomes your biology.

After studying all this research, I started to understand why trying to activate my color chakras had no effective change for my physical or emotional stability.  Nor did I experience my greatest desire which was tuning more deeply into my spiritual self.  Some of the side effects I experienced from focusing on chakra activations were very sleepy reactions and headaches, but I had no lasting significant expected changes from chakra training.

These unfulfilled desires are what led me to the online School of Chi Energy.  At the School of Chi Energy, I learned that chakras are bioenergy circuits that work like a vortex.  These vortices are activated with the student’s ability to make a bioenergy form together along with taking it through that particular body part.  I learned through practical application and practice that various repetitive flow patterns resulted in extraordinary experiences in consciousness along with emotional stability and better physical health.  These results were more of what I expected.  I learned to activate my (chakras) or seven vortexes in the School of Chi Energy.  The School based all their chakra information on the latest scientific research of how energy actually affects your body.  By going through the school, I was able to change what were metaphysical concepts into practical application.  I learned that chakras were something that you could physically feel and sometimes physically see.  Stay tuned for the next article on Chakra training and information on how chakras really activate.