Tales from the Dao

Tuanmu Shu had inherited his family fortune, said to be worth ten thousand pieces of gold. He never had to work and lived in a fabulous mansion, surrounded with gardens, lakes, terraces, and pavilions. His food and clothing, as well as that of his various wives and concubines, were of the finest quality. He went wherever he wished, traveling far and wide, collecting treasures and exploring anything that he became interested in. 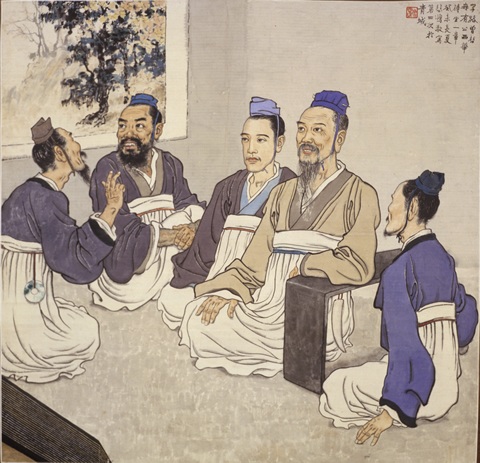 Every day he had hundreds of guests, and it was said that the fires in his kitchen were never allowed to go out. He and his guests were entertained by the finest musicians and dancers in the land. The leftovers of his banquets were distributed far and wide and his generosity for anyone in need was legendary.

Then, when he reached the age of sixty, he suddenly changed his life completely. He gave away all of his wealth and possessions, not even saving some for his wives and children. Finally he became ill and was too poor to pay for the doctor and so he died.

His children had no money to pay for a funeral but the townspeople, remembering his generosity to them over the years, took up a collection. This was more than enough to pay for his funeral, with enough left over to give to his family.

A prominent Confucian heard about this and he called Tuanmu Shu a madman, and said he had disgraced his ancestors.

When the Daoist master head about it he laughed and called Tuan-mu Shu enlightened. “This man was in touch with his essential self,’ he said, “He lived by his own spirit and never did anything that went against his true nature.”

He spent his money when he had it and then gave it away when he no longer needed it. Some may say he was crazy for abandoning his wealth and even the wealth of his family but all he did was follow his own heart, without any constraints or worries about the future. His mind was of such a subtle nature that most people could never understand him.

This entry was posted in Tales from the Dao and tagged daoism, story. Bookmark the permalink.