“Every man, woman, and child holds the possibility of physical perfection: it rests with each of us to attain it by personal understanding and effort.” — F. M. Alexander

Daoist practice proceeds on three levels: healing, longevity, and immortality, three different stages of perfection and empowerment along the same continuum of the human body, which consists of Qi in various degrees of subtlety and refinement. Qi is bioenergetic potency that causes things to live, grow, develop, and decline. People as much as the planet are originally equipped with prenatal or primordial Qi that connects them to the greater universe, but they also work with postnatal or interactive Qi which can enhance or diminish their primordial energy. As people interact with the world on the basis of passions and desires, sensory/sexual exchanges, and intellectual distinctions, they begin to lose their primordial Qi. Once they have lost a certain amount, they decline, experience sickness, and eventually die. 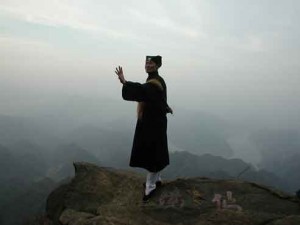 Healing, then, is the recovery of essence and replenishing of Qi with medical means such as medicines, herbal formulas, acupuncture, massage, and so on, from a level of severe deficiency to a more harmonious state. Longevity, next, comes in when people have become aware of their situation and decide to heal themselves. Attaining a basic state of good health, they proceed to increase their primordial Qi to and even above the level they had at birth. To do so, they live an overall moderate and natural lifestyle, follow specific diets, supplement their food with herbs and minerals, and undertake breath control, healing exercises, self-massages, sexual hygiene, and meditations. These practices ensure not only that people attain their natural life expectancy but lead to increased old age and vigor.

Immortality, third, raises the practices to a yet higher level. To attain it, people have to transform all their Qi into primordial Qi and proceed to increasingly refine it to ever subtler levels. This finer Qi will eventually turn into pure spirit (shen 神), with which practitioners increasingly identify to become transcendent spirit-people or immortals (xian仙). The practice that leads there involves intensive meditation and trance training as well as more radical forms of diet, healing exercises, and the mental guiding of Qi. In contrast to health and long life, where the body’s system remains fundamentally unchanged and is perfected in its original nature, immortality means the overcoming of the natural tendencies of the body and its transformation into a different kind of energetic constellation. The result is a bypassing of death, the attainment of magical powers, and residence in heavenly paradises.

While the final goal of Daoist practice is this transformation to transcendence or immortality, practitioners from the early middle ages (3rd-4th c.e.) to modern times, when the techniques were adapted into Qigong, emphasize the importance of the more fundamental stages, the realization of health and long life. The goal here is a form of natural perfection. In the words of T. L. Nichols: “When a man is perfect in his own nature, body, and soul, perfect in his harmonious adaptations and action, and living in perfect harmony with nature, with his fellow man, and with God, he may be said to be in a state of health” (1853, 227). Or, more recently, as formulated by Walt Whitman: “In that condition the whole body is elevated to a higher state—inwardly and outwardly illuminated, purified, made solid, strong, yet buoyant” (1954, 513). How, then, do Daoists pursue this goal? And how does Western science match or contradict it?

Above and beyond the medical vision of the body, which centers on the five inner organs and twelve paired meridians plus the various mental and physical energies of the body (emotions, senses, fluids, tastes, etc), the Daoist vision of the body proposes three major energy centers and four conduits or energy lines. These create a vertical-horizontal network which is at the very root of the human being, created when Heaven and Earth first provide the person with primordial Qi.

The upper elixir field in the head is the place from where celestial energies are accessed or through which, at the stage of immortality, the spirit embryo passes to ascend to the otherworld. The central field is placed in the solar plexus, between the nipples and also called the Cavity of Qi (Qixue氣穴). Holding Qi for dispersal in the body either through ordinary activity or for immortality cultivation, it plays a key role especially in women’s practice, strengthening and enhancing life energy. The lower field is commonly placed about 1.3 inches beneath the navel, in the center of the abdomen. Also called Ocean of Qi (Qihai 氣海), it is the point where adepts find their center of gravity, their reproductive power, and their stability in the world (Kohn 2005).

Connecting these three energy centers are four major energy conduits or extraordinary vessels. Most important is the Penetrating Vessel (chongmai 沖脈) which runs right through the center of the body. It begins at the perineum, a small cluster of muscles located between the anus and the genital organs, passes through the three elixir fields, and ends at the crown of the head, a point known as Hundred Meeting (baihui 白會; GV-20) in medicine and as Heavenly Pass (tianguan 天關) in Daoism. Connecting the kidneys and stomach, as well as the main energy centers, it is considered the main conduit of primordial Qi. Adepts use it to send healing and spiritual intention into the depth of the elixir fields, thus opening their centers and connecting to the primordiality of the cosmos.

The second major energy line is the Belt Vessel (daimai 帶脈). It runs around the abdomen a few inches below the navel, connecting the Ocean of Qi in front with the Gate of Destiny (mingmen 命門) in the kidney area in the back and linking the vertical meridians and the major storehouses of Qi. Next are the Conception Vessel (renmai 任脈, yin) and the Governing Vessel (dumai 督脈, yang), which run along the front and back of the torso respectively, reaching from the pelvic floor to the head. They are of great importance both in all levels of Daoist practice, serving to mix Qi and blood and to guide the Qi along the major centers of the body.

The Conception Vessel begins at Meeting of Yin (huiyin 會陰) at the perineum, passes through the front of the body along its central line, and ends at the mouth. A carrier and major supporter of yin-Qi, it supports uro-genital, digestive, and thoracic aspects of the body and, together with the spleen meridian, controls pregnancy and menstruation. The Ocean of Qi in the lower abdomen is actually one of its points (CV-6) as is the navel known as Spirit Tower (shenque 神闕) and the center of the chest, here known as the Ocean of Tranquility (jinghai 靜海). Two further points of Daoist importance are Central Court (zhongting 中庭; CV-16,) which matches the solar plexus and thus the middle elixir field, and Purple Palace (CV-18 ), i.e., the heart.

The Governing Vessel also begins at the pelvic floor, then passes along the back of the body, moves across the top of the head, and ends inside the mouth at the upper gums. It transports and aids yang-Qi and has many points connecting to channels and inner organs. Its twenty-eight points include also the more spiritual points Gate of Life (GV-4) at the 2nd and 3rd lumbar vertebrae, Numinous Terrace (lingtai ; GV-10) at the 6th thoracic vertebra, as well as the Jade Pillow (yuchen; GV-17) at the back of the skull (see Kaptchuk 1983; Larre and de la Vallée 1996).

The two meridians connect at the mouth, with Fluid Receptacle (chengjiang 承漿; CV-24) located at the lower lip and Gum Intersection (yinjiao 齦交; GV-28) found at the upper gums. They also both continue internally, descending back to the pelvic floor and forming a continuous, intricate inner loop. Rather than using this path, however, adepts tend to activate them as one straight circle of Qi-flow. They place the tongue at the roof of the mouth as a bridge between the meridians, then inhale deeply into the abdomen to enhance their Ocean of Qi or lower cinnabar field. From there, they breathe out, envisioning their Qi flowing downward to the pelvic floor and reaching the perineum.

Focusing on the coccyx (GV-1), they inhale the Qi up along the spine, passing through all the various points along the Governing Vessel. At Great Hammer (dazhui 大椎; GV-15) below the neck, they begin to exhale, carrying the Qi further up along the back of the skull, across Hundred Meeting (GV-20), along the forehead and to the nostrils. From here they inhale again, envisioning the Qi flowing down along the Conception Vessel and through the Ocean of Qi into the pelvic floor, thus establishing a cycle of Qi throughout the torso, which is known in Daoist practice as the microcosmic orbit (xiao zhoutian 小周天) (see Neswald 2009, 35-37).

The goal of Daoist practice is to activate the three energy centers and four key energy vessels to reach a state of energetic perfection where primordial Qi flows freely through the body and energizes every aspect of life. To reach this level, they are exceedingly conscious of personal energy management, both within the self and the environment. They exert strong control over housing, sleep gear, clothing, food, and social contacts and make sure to be active in self-management, working with physical movement, healing exercises, breathing, meditation, emotional modification, and the pursuit of classic virtues, such as honesty, wisdom, and benevolence. Their efforts overall reduce stress and strengthen the adrenal glands, which in Chinese and Daoist medicine are part of the Kidney complex and thus the seat of essential vitality (jing 精). As a result, they prevent diseases and do not suffer from the common symptoms and signs of aging, not only creating a happier and more wholesome life for themselves but also contributing to a saner and more harmonious society.

Quite independent of the Chinese and Daoist understanding of body and Qi, the Western science of behavioral kinesiology has developed a system that is surprisingly similar and equally as valid. It supports everything Daoists have been saying all along about the nature of body, self, and society and emphasizes the very same measures—social, physical, and psychological—people should be taking to enhance their well-being and find perfection within this world.

Kinesiology is the science of movement: how to move the body and use its joints, tendons, and muscles to create maximum efficiency and best performance. It is best known from sports culture and studied widely in departments of physical education at Western universities (Luttgens and Wells 1989). Behavioral kinesiology adds the dimension of personal perfection into the mix: the attainment of health, the extension of life expectancy, and the realization of virtues and inherent goodness in self and society. In other words, it is the study of how we can realize ideal health and harmony by living and moving our bodies most efficiently. 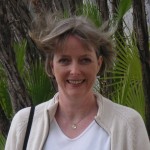 This entry was posted in Daoism, Learn About Dao and tagged Body cultivation, Kinesiology. Bookmark the permalink.