Like peasants in medieval Europe, the “superstitious” villagers of ancient China believed that everything was alive. To them, the streams, forests, mountains, or shorelines seemed enchanted, like the landscapes of ancient Japan. In the days of humanity’s childhood, the world seemed vibrant with spirits of majestic power and beauty, be they storm dragons, fox women, or mountain immortals. That wonder-filled countryside was imprinted in popular memory as the earth’s original face. 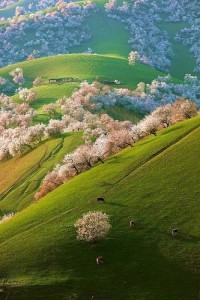 In classical landscape painting, South China was a tapestry of misty peaks and bamboo forests. The artists seemed to capture their vistas from above, like shamans in flight. Far below, tiny human figures appeared like ants, plodding on their journeys through a land of mystery. Each valley in that environment was largely self-enclosed, and its people self-reliant. Each village or cluster of villages had its local deity of the earth. Sometimes the domains of deities matched the borders of clan territories (Wu, 1982, 8). Or maybe the deities were animating spirits of each environment, regardless of who came there.

In the view of some cultures, the areas of natural wilderness were just godless wastelands. The cities and palaces of rulers seemed far closer to the divine. But most Chinese people felt that wild nature was closer to the sacred. In countless Daoist tales, travelers in the forests claimed to meet an old man with twinkling eyes, or a proud woman with disheveled hair (Hymes, 1996, 64). In popular myth, the gods or goddesses of each place could appear in human form. Maybe they were there from the beginning. Or maybe they were people transformed, like shamans who left on a journey and never came back. However people imagined their local deities, most hard-headed villagers were believers. They felt it obvious that behind their surrounding environment, they were dealing with something alive, willful, and intelligent. People raised shrines to their local deities, praised their beauty in poems, or wooed them like dream lovers. Seldom in world mythology do we see nature treated with such tender admiration.

The Women Behind the World 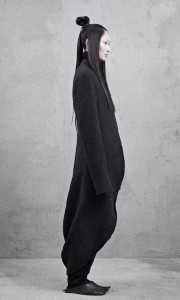 Ancient people tended to project their own image on the universe, so that everything seemed to have gender. As gold was solid Yang essence of the sun, so pearls were Yin essence of the moon. Water especially seemed to be female. The rivers, rainclouds, mountain mists, or glittering seas were fountains of liquid life, flowing from the source of life. Behind their sparkling surfaces moved animating spirits, whose beauty the waters only reflected. As a modern businesswoman in Shanghai explained, “Everybody says women are like water. I think it’s because water is the source of life, and it adapts itself to its environment. Like women, water also gives itself wherever it goes to nurture life” (Xinran, 2002, 223).

Of course people see the angels, demons, or deities they expect to see. And their divinities usually wear the fashions of local convention. So the goddesses behind China’s environment slowly changed with the styles of the times. The earliest deities shifted between human and animal shape, taking the forms of all their creatures. So, around 220 CE, a carriage driver told the poet Cao Zhi of the goddess he saw in the Lo River waters:

As to her form,

She wears head ornaments of gold and halcyon feathers,

Ancient people commonly pictured the animating power in water as a dragon, or a snake woman like Nü Wa. In hundreds of local cults they evoked the spirits of life’s essence, much as they would a beloved woman. During the Tang dynasty, Cen Shen described such rites at the shrine of the Dragon Woman:

The Dragon Woman—from whence does she come?

But when she comes—she rides the wind and rain!

At the hall of her fame, below the blue woods,

she coils sinuously, as if about to speak to you.

Men of Shu vie there, with worshipful thoughts, 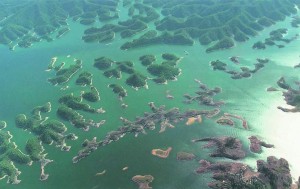 But over the centuries, the goddesses increasingly cast off their feathers, their guise as dragons or wild cats, and appeared as charming ladies in fine silk gowns. The goddesses of nature grew less intimidating and more alluring, like perfect consorts of the imperial palace (Chan, 1990, 17–18). In a mixture of dream and vision, countless poets turned their rhapsodies of communion with nature into erotic encounters with the goddesses behind it all. Rather than wild women of primal nature, these goddesses were enchantresses of refined intelligence. So the Maiden in the Mist of the Xiang River reportedly left her admirer a poem:

That red tree—the color of intoxication in autumn

A delightful meeting that may not be repeated: 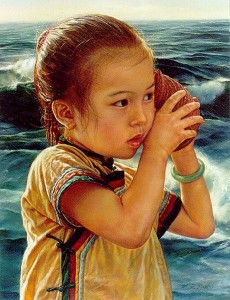 Some goddesses changed from being powers of nature into beloved daughters of legendary emperors. The goddess Fufei was reportedly a daughter of the snake emperors Fu Xi and Nü Wa. As the girl wandered one day by the Luo River banks, she gazed into the water, and the river’s spirit fell in love with her. Over the stream’s surface it cast rippling visions of mountain gorges, waterfalls, and pristine beaches. Enchanted, the girl stepped into the water, and the river spirit eagerly pulled her down. There, she became the goddess of the Luo, who has filled the region’s folklore down to the present. In 1923, Fufei featured in a Peking Opera production staring Mei Lanfang. In this version of events, the goddess appeared to Prince Cao Zijian, who was staying at an inn by the river, and the two had a long, tender conversation (Huang, 2004, 37). Clearly, the mythical women behind the world retained their romantic appeal.

[From A Galaxy of Immortal Women: The Yin Side of Chinese Civilization, by Brian Griffith] 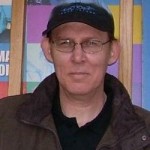 This entry was posted in Daoist Stories, Harmony with Nature. Bookmark the permalink.

One Response to Deities of Living Lands and Seas