“Qi” is the Chinese word for “life energy.”  It is also the life energy sensed in nature.  “Gong” means “work” or “benefits” gained through perseverant training.  Thus, a common definition of Qigong is to learn to control the flow and distribution of Qi to improve the health and harmony of spirit, mind, and body.

Today there are thousands of forms of Qigong.  In addition, classic forms, like the Five Animal Frolics are not standardized.  Different teachers have different versions of similarly named classic exercises and some have invented their own Qigongs.

This poses a dilemma for scientific research.  Qi is thought to be some form of energy, which contains information.  However, the exact nature of Qi is unknown.  Moreover,  the type of Qigong used must be clearly defined.  For example, the Six Healing Sounds might have been the method used in two papers and yet be completely different in each of the papers.  Some of the techniques cannot be explained completely in terms of Qi and Chinese medical theory and so might not be classified as Qigong according to the above definition.

Thus, another definition of Qigong appears in textbooks used in colleges of Chinese medicine.  Qigong is a self-training technique or process that integrates the body posture, breathing, and mentality into oneness to achieve the optimal state for both body and mind (1, 2, 3).

2.  Advantage of Using Qigong for Stress 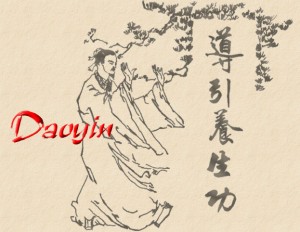 There are many different mind-body methods for reducing stress (4). Aside from treating Stress, Qigong is effective for many stress-related conditions, such as hypertension, allergy, asthma, back or neck pain, premenstrual syndrome, insomnia, headache, depression, anxiety, and addiction (5).  Qigong works by increasing the practitioners’ self-healing capabilities, including immune functions, self-recovery capability, and self-regeneration capability (1, 6, 7, 8, 9).  As a consequence Qigong practitioners also benefit by a more relaxed, harmonious state of mind and body;  a noticeable reduction in prior ailments and a reduction in feelings of stress;  an increased resistance to illness;  a heightened sensitivity to the body’s internal organs, with a developed ability to regulate their own health and vitality.

Many patients have completely recovered from multiple complicated diseases or symptoms with Qigong therapy in a short period of time without any medications, and some middle-aged adults and seniors have experienced new growth of hair and teeth (5).  Qigong therapy has ameliorated chronic diseases that current medical practice cannot cure.

The relaxation and energetic response produced by Qigong exercise has been well documented in clinical studies of the health benefits of Qigong (1).  Some research applied advanced technology and measurements in direct assessment of the differences between Qigong and other relaxation techniques. He (10), applied a “stress meter” (a piece of equipment measuring body conductivity under 5 volts of direct current with a 128-pin sensor) to evaluate the degree of relaxation achieved through Qigong meditation training in comparison with other, non-Qigong techniques (relaxation meditations). After testing 73 participants during Qigong meditation and 56 participants during the non-Qigong techniques with 10 separate measures during the meditation state, the researchers reported that participants in the Qigong meditation group were able to reach deeper levels of relaxation than those in regular meditation (measured by skin conductance and other electronic sensors).

Some studies exploring Qigong effects focused on physiological changes or hormone levels that are related to stress. A randomized controlled study by Lee (6) examined the psychoneuroimmunological effects of external qi therapy and reported that 10 minutes of external qi therapy could significantly reduce participants’ anxiety, negative mood, and cortisol levels and increase the cellular activities of neutrophil and natural killer cells in comparison with the participants in placebo control. Guo (11) measured  the change in urine catecholamine and cortisol levels under both physical and psychological stress conditions to examine the difference in stress reduction through Qigong practice and reported that the levels of catecholamine and cortisol in the Qigong group were significantly lower than those of the control group (p < .05) immediately after exposure to the stressor, but no difference was reported either at baseline or 1 hour after the stressor, suggesting that Qigong practice could suppress the reaction to mental and physical distress.

Chan-Chuang qigong (13) attenuated the symptom distress and probably some part of the psychological distress of chemotherapy patients.

Tai Chi, a slow movement form of Qigong, as a method for stress reduction, will be discussed in another article.

Many studies focus on the effectiveness of Qigong therapy for stress-related symptoms. The following are examples of these studies and their conclusions.

Mayer (14) reviewed 30 representative studies, mostly in China, that explored the therapeutic effects of Qigong therapy for hypertension, including a 30-year longitudinal follow up study, and concluded that Qigong is an effective way to control hypertension without any adverse side effects.  Recently, Lee (15) conducted a clinical study to evaluate the efficacy of Qigong as a nonpharmacological treatment for hypertension in Korea. Fifty-eight patients were randomly assigned into the Qigong group and a wait-list control group (n = 29 each). After 10 weeks of Qigong practice, the Qigong group reported significant reduction in systolic and diastolic blood pressure, rate pressure product, norepinephrine, epinephrine, cortisol, and stress level, in comparison with the control group. These results suggest that Qigong may reduce blood pressure and catecholamines by stabilizing the sympathetic nervous system. They considered Qigong to be an effective nonpharmacological modality to reduce blood pressure in essential hypertensive patients.

Improvement of cardiovascular conditions through Qigong practice has been documented.  Sancier (9). For example, Lu (16) compared the treatment outcomes for patients with heart disease in their clinical studies of Qigong therapy with music and found that the patients treated with Qigong and music reported significantly higher rates of complete freedom from symptoms and significant improvement (10% and 32%, respectively) than the conventional medication group (5% and 21%, respectively; p < .01).

Chen and Liu (17) reviewed more than 20 studies of Qigong therapy in the treatment of various forms of arthritis, including osteoarthritis, rheumatoid arthritis, scapulohumeral periarthritis, cervical spondylopathy, and arthromyodynia. Most participants in these studies did not respond to the conventional therapies for their chronic pains and functional problems. However, Qigong therapy (self-practice and/or external qi therapy) produced significant improvement or complete freedom from symptoms for a large proportion of these patients in many of the reviewed studies.

Reduction of Anxiety and Depression

Although there are few studies that focus on the mental benefits of Qigong, Pavek (18) reported that Qigong therapy was very useful to patients suffering from anxiety, depression, blocked grief, and sleep disorders. Wang (19) used the Symptom Checklist 90(SCL-90) to examine the effect of Qigong exercise on mental health and found that the group with more Qigong practice reported significantly lower scores in most of the mental health indicators, including anxiety and depression. Shan (20) used Qigong therapy to treat anxiety in psychiatric clinics and reported that five of the eight patients were anxiety-free after 1 month of Qigong practice, that two reported significant improvements, and that only one failed to respond.  Wu et al. (21) examined the effect of Qigong therapy on late-stage complex regional pain syndrome, as well as on anxiety, for each of the participants in a randomized placebo-controlled trial and found that anxiety was reduced in both groups over time but that the reduction was significantly greater in the group practicing genuine Qigong than in the control group. The reduction of anxiety had a long-term effect, whereas the pain relief was only short term. The preexisting differences in hypnotic susceptibility cannot explain the significant and long-lasting improvement in anxiety in the Qigong group. Another group of scientists in Baltimore applied Qigong therapy and cognitive-behavioral therapy with fibromyalgia patients and reported significant reduction in pain, fatigue, and insomnia and improved function and mood state after an 8-week intervention (22).

External Qi healing (EQH) is part of medical Qigong.  In EQH the healer directs Qi outward into the patient’s body for healing, by balancing his Qi or breaking up Qi blockages along with mind intent (Yi).  Yi is particularly important since emitted Qi can be beneficial or harmful.  For example, Qi directed into certain acupoints can heal or injure (known as Dim Mak) the recipient; bacterial colonies can be destroyed or made to flourish.  The effects of emitted Qi is not just a placebo effect, since successful experiments have been performed on animals, plants, bacteria and inanimate matter.

More scientific investigations are required into the exact nature of EQH.  Radiation emitted from Qigong healers include electrical, magnetic, acoustical, bioluminescent and Atomic particles.  This radiation is not Qi, but just a manifestation of emitted Qi.  The type of radiation depends on the healer’s training.  Moreover, healers have different aptitudes, dependent on their training.  Some can cause bacterial colonies to flourish, destroy bacteria, shatter tumors or anesthetize people.  Can a successful experiment be repeated?  Can students, trained by a particular healer, be as effective as their teacher?  How do you measure Yi?

Some studies exploring EQH focused on physiological changes or hormone levels that are related to stress. A randomized controlled study by Lee et al. (23) examined the psychoneuroimmunological effects of external qi therapy and reported that 10 minutes of external qi therapy could significantly reduce participants’ anxiety, negative mood, and cortisol levels and increase the cellular activities of neutrophil and natural killer cells in comparison with the participants in placebo control.

Zhang (24) applied external qi therapy in cold-stressed mice. The mice were divided into three groups: the normal control group, the stress control group (mice underwent 5 minutes of 1°C cold-stress exposure per day for 8 days), and the Qigong group (in addition to cold stress, mice received emitted qi 30 minutes per day for 8 days). Then, the thymus, spleen, and brain were dissected, and T-cell and B-cell proliferation and the RDCC activities of K-cells were used to investigate the immune adjusting effect of the emitted qi on cold-stressed mice  They found that the T-cell and B-cell proliferation rate and the activities of K-cells of the stressed mice were significantly lower than those of the nonstressed controls; however, the T- and B-cell proliferation and the activities of K-cells in the Qigong group were significantly higher than those in the stress control group (p < .01). Although the immune organs (thymus and spleen) of the stressed mice were atrophied more significantly than those of the nonstressed mice (p < .01), the external-qi-treated group had no injuries to the thymus and spleen in comparison with the controls (p < .01).

25.  Itoh, T., et al. The effects of wai qi on rats under stress based on urinary excretion measurements of catecholamines . Journal of the International Society of Life Information Science, 18(2), 338–345, 2000.

By profession, Dr. Eisen was a university Professor specializing in constructing mathematical models such as those in cancer chemotherapy and epilepsy. He has studied and taught Yoga, Judo, and Aikido. Dr. Eisen was the founder and chief-instructor of the Shotokan Karate Clubs at Carnegie-Mellon and Dusquene Universities and the University of Pittsburgh. He helped teach Yoga in Graterford prison. His curiousity about the relation of Qi to healing and martial arts led him to study TCM, Tai Chi and Praying Mantis Kung Fu. He was initiated as a Disciple of Master Gin Foon Mark. Dr. Eisen now teaches (at his Kwoon and by webcam), writes and researches Praying Mantis, Qigong and Yang Tai Chi - see http://home.comcast.net/~carolezak
View all posts by Martin Eisen →
This entry was posted in Scientific Qi Exploration and tagged Chi Kung, Qigong, Stress, tai chi. Bookmark the permalink.