My #1 Priority is Nurturing My Spirit

Why My Number One Priority is Nurturing My Spirit 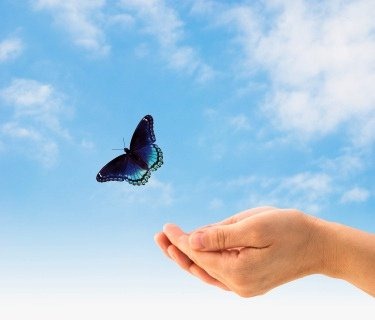 When I saw the theme of this month’s issue of Yang-Sheng, it was a happy moment.  Of course when one spends a great deal of time in nurturing oneself, it isn’t a strange occurrence to have fulfilling moments more often than lost ones. It isn’t some fairytale life I am living that is 100% magical. Years of heading toward an intention to be better in charge of my spirit has blasted away the pining ideal of “wanting to be happy.”

This article hopes to track my efforts made to bail myself out of any self-imposed ‘jail of low spirit.’ By no means is it done magically. Adjusting my dials from low moods and responses to things outside my control, are easier. That’s a good thing. Years ago, it wasn’t easy to get out of low moods. Now, long on this road, called Tao, I’m neither aiming toward immortality, nor do I stay long term in the muck and mire of lost, low, lazy, spiritual moods. I am happier in enjoying all layers that connect me to an empowered life of one who doesn’t have to prove much. (I had enough of that when  as a youth until into my 40’s…I was struggling to keep alive in show business.)  Even though I kept performing as a part of my life over a decade more, studies of Tao and teaching of it paved my way toward the nurturing of my once hugely ego-led spirit. (Yes, there still are traces because I befriended ego.)

My spirit is trainable. Like everyone trained or yet untrained, learning to perform self-awareness techniques is a brave new world. There are plenty of surprises along the way. It takes most people many dedicated years of practice to feel it is working well. We all have areas that are weaker or stronger. From Chinese Alchemy exercises, I have learned some of the best ways I’ve found enabling me to go deeply into re-programming my reactive nature. But also I have come from an earlier background of self-training via Science of Mind techniques of Ernest Holmes, from back in 1969. That background, also called “Religious Science,” focused less on going deeply into the spirit/soul. Every day, (and most often more than once a day,) some practices I do, shall be summarized here in a minimal way. Other background practices I did as a young woman in my early 20’s include: a. meditating on 3 symbols daily from the age of 18 prior to learning of Holme’s system. b. Having read spiritual books from 15 years of age occurred after being disillusioned with my Jewish upbringing. Yet, adding Holmes’ system became a great background for me to build upon. In fact, I feel my practice methodology would possibly not be as comfortable without having learned the spiritual mind training system from Ernest Holmes’ N.Y.C. staff of speakers. One speaker went on to be very well known, and she is Louise Hay. She is known for cataloging both diseases and parts of the body effected that are “spoken to” in “spiritual-mind-treatments.”  Her work greatly furthered that of Ernest Holmes, 1887-1960. (Yes, he was dead before I came to his teachings.)

The Neigung practices I learned from Grand Master Mantak Chia, since 1980, were revealed to me during innumerable classes given by him. His solid system enables anyone to go from the ground floor upward, and move most literally through layers of spiritual places. Training in this way, eventually, through meditations and neigung exercises, involves self-massage, tapping parts of the body, and certainly a study of human anatomy, and rooting (which truly has one connecting with deep, Mother Earth power.) “She” assembles for you a safety net. You are enabled to be cleansing every part of the body energetically, spiritually, emotionally, mentally as well as physically.  One begins to bring out several systems of identifying the colors of spirit bodies around yourself as well as the organ’s sounds and the colors of your organs in relationship to the five element organs, seasons, power animals, plants and minerals and virtues, within the structures of Chinese Medicine. You methodically learn your yin and yang organ’s connections to the acupuncture meridians.

In my first five years with Master Chia, I was well on my way to learning the deeper levels of the system. It is a great feeling to be one of his first fifty Western students in his first class in 1981 in N.Y.C. It is like having a family that may not be of your same blood, but there is a connection around the world with soul sisters and brothers I have known well, briefly or long term. Learning many different movement systems for me required unlearning, too. Nothing was more challenging than transforming my muscular dancer’s body to one that relied more on a connection with tendons, fascia, and certainly chi/qi, rather than the very large leg, arm, and shoulder muscles I developed by being an acrobatic adagio dancer from ’68-‘80. It took years to transform a hard body to one that is strong like the wonderful Chinese image of silk:  It is strong on the inside but it also is soft on the outside.

The reason I am going to only hint at some of the meditative and physical practices I do every day when waking early before I teach is because no one would like to do guess work with transformatives requiring specific trainings. They take time to practice to get right. (In a way, it’s like tasting some food that is half baked. Wouldn’t you prefer the taste of a carefully cooked recipe, (or later on, that which the instincts of the cook’s recommendations bring in?)  Half- baked recipes are disappointing and you might even vomit them up.) So please don’t experiment with this minimalized version. Any deep practice requires instructions from a Universal Healing Tao instructor or other teachers of similar alchemy systems or different ones. Powerful teachings from an experienced, masterful teacher can show you when you are on the same page as he or she. A sampling of energy cannot be digested in the same way. When you are in the presence of a high-level teacher, you might not know it until you have developed yourself within safety walls arranged at gradient-like levels. Newcomers go slowly.  Aren’t many of us, when first approaching something new, rather skeptical?  To me, being a little wary is a good thing if it is balanced with open mindedness.

Why do I think Chinese alchemy formulas work even better for me than the meditation systems I tapped to help me, back when I was in my twenties? 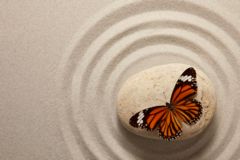 1. It’s important that we connect with organ systems that are color-coded in specific ways.  I am an artist and relate to that very well. It also is amazing that so many branches of connections correspond to the emotions, elements, etc. and they all have yin and yang sides. Even the power animals are felt deeply by me, but that took time. It is amazing that all of the world wide has or had people who were labeled primitive and dismissed as such by explorers who mostly scorned their meditative practices and dances. Martial applications gain respect more easily.

2. As in many Yogic systems, the chakras are colored. What is powerful to me is that the rainbow going up the spine seems quite logically organized. Different from the Indian Yogic system is the numbers of chakras.  The number of chakras is a bit different in Chinese medicine as taught by Chia. My own sense of order has found a way that I have customized that works well and is based on the powerful number nine.  I am a person who needs organization and this offers it.

3. The system I have learned is integrated by me.  It’s rearranged in parts, as someone living temporarily in a rented room might do. Teaching in my own way comes from seeing a few things preferentially. I teach my students to stick to what they are taught at first.  Master Chia taught me to do that. But if an area strongly requires ‘re-arranging,’ students eventually honor their inner teacher. If students go for teacher training from Chia, I ask them to peruse his teaching materials. (Master Chia himself found many areas he was taught which have needed adjustments.) People change as the times change. The students are raised differently than the Ancients Masters and hold to values that greatly vary.

4.  Humanity loves external baths and showers, but few learn to do internal cleansing. Their health restoring transformations can gradually emerge out of the sludge. We refresh our habits.

5. We learn to eat whatever foods are marketed to our gluttonous natures, but few are supplied with stepping stones toward shunning chemical additives and even poisons. Our foods can thicken arteries, and I imagine it is similar to how the oil pipes are now tearing up our Mother  Earth, especially in our oceans through ‘fracking.’  The coddling that we had as children, (okay… I speak for myself,) enabled me to eat so much junk food that it took me over 45 years to change my habits.  I joke, (but it’s no joke,) that… “I ate enough chocolate in my life to feed a small third-world country.”

Now is the time for anyone to resolve to move along with new behaviors. A Horse can ride us toward the never ending path we call Tao. It has its hills and valleys. You can become one who feels ever equipped to hold the reins consciously during your journey. Happy New Spirit Year.

Raven Cohan is writing a book about her studies with Master Mantak Chia.  She is a Senior Instructor of his system since ’10, but is certified since 1983 and has ten certifications.  She writes for many local S. Florida magazines and some national and internet ones, plus has nice conversations on groups in Linked In and Facebook. She enjoys writing poems also. This photo was taken last summer in the area around Mt. Shasta, California. Past and presently, her life is so interesting and she enjoys it greatly. You might care to look at her website: www.taoTLC.com  Raven lives in Hollywood, FL. USA

This entry was posted in Experience Exchange, Nurturing Spirit and tagged Raven Cohan. Bookmark the permalink.