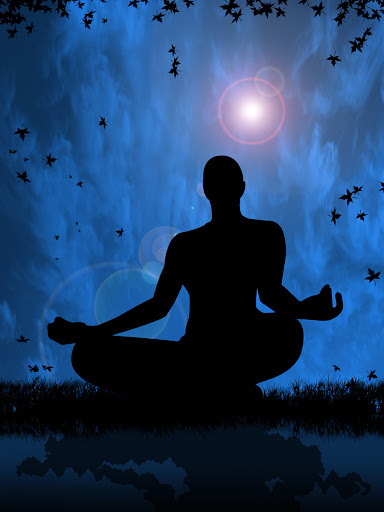 OBJECTIVE: To investigate the effect of 12 weeks of Tai Chi training on soleus (SOL) Hoffmann reflex (H-reflex) modulation and postural control in standing under 4 sensory conditions in older adults.  DESIGN: Experimental research design with pre- and posttraining tests in a training group and a control group.  SETTING:  University biomechanics laboratory. PARTICIPANTS: Community-dwelling older adults (N=34) were assigned to a training (n=20; mean ± SD age, 72.9±4.4y) and a control (n=14; mean ± SD age, 72.9±6.5y) group.  INTERVENTION:  Tai Chi participants attended a 1-hour session of Yang style Tai Chi, 3 sessions a week, for 12 weeks, while control participants maintained their regular daily activities during the same period.  MAIN OUTCOME MEASURES:  SOL H-reflex (maximal amplitudes of H-reflex [H(max)] and M-wave [M(max)] waves) and mean displacement of the center of pressure (COP) in the anterior-posterior (COP(A-P)) and medial-lateral (COP(M-L)) directions were measured during bipedal standing, with the feet placed on a forceplate and the heels 6cm apart, under 4 sensory conditions: stable surface with eyes open, stable surface with eyes closed, unstable surface with eyes open, and unstable surface with eyes closed.  RESULTS:  SOL H(max)/M(max) ratio in the Tai Chi group was upregulated significantly in all 4 sensory tasks after the 12-week Tai Chi training (P<.05). No significant change in COP measurements (mean displacement of COP(A-P) and COP(M-L)) was found in either the Tai Chi or control group after the 12-week period.  CONCLUSIONS: An increase in SOL H(max)/M(max) ratio during static postural tasks is observed after 12 weeks of Tai Chi training in older adults under all 4 sensory conditions. However, training-induced changes in H-reflex were not accompanied by improvement of performance in the static postural control tasks.

Abstract: Upper respiratory tract infections (URIs) are a common complaint in competitive swimmers and can adversely affect performance. No intervention has yet been shown to reduce URI incidence in intensively trained athletes. The University of Virginia varsity swim team received three weeks of training in qigong for the purpose of reducing stress and improving health. Our primary objective was to assess the relationship between qigong practice and symptoms of URI during a time when swimmers would be at high URI risk. Secondary objectives were to assess degree of compliance with a qigong practice regimen, to evaluate differences between qigong practitioners and non-practitioners, and to determine the response-rate and reliability of a newly developed internet-based, self-report survey. The design was observational, cross-sectional, and prospective. Weekly data on cold and flu symptoms, concurrent health problems and medication use, and qigong practice were gathered for seven weeks. Retrospective information on health and qigong training response was also collected. Participants were 27 of the 55 members of the University of Virginia Swim Team in the Virginia Athletic Department. Main outcomes were measures of aggregated cold/flu symptoms and Qigong practice. Survey completion was 100%, with no missing data, and reliability of the instrument was acceptable. Cold and flu symptoms showed a significant non-linear association with frequency of qigong practice (R(2) = 0.33, p < 0.01), with a strong, inverse relationship between practice frequency and symptom scores in swimmers who practised qigong at least once per week (R(2) = 0.70, p < 0.01). Qigong practitioners did not differ from non-practitioners in demographic or lifestyle characteristics, medical history, supplement or medication use, or belief in qigong. These preliminary findings suggest that qigong practice may be protective against URIs among elite swimmers who practice at least once per week.

BACKGROUND: In Obsessive Compulsive Disorder (OCD) current standard pharmacotherapies may be of limited efficacy. Non-conventional interventions such as Complementary and Alternative Medicine (CAM), self-help techniques, and lifestyle interventions are commonly used by sufferers of OCD, however to date no systematic review of this specific area exists. METHODS:  We conducted a systematic review of studies using CAM, self-help, and lifestyle interventions for treatment of OCD and trichotillomania (TTM). PubMed, PsycINFO, China Academic Journals Full-text Database, The Cochrane Library and CINAHL were searched (up to Jan 11th 2011), for controlled clinical trials using non-conventional interventions for OCD. A quality analysis using a purpose-designed scale and an estimation of effect sizes (Cohen’s d) where data was available, were also calculated.  RESULTS: The literature search revealed 14 studies that met inclusion criteria. Methodological quality of nutraceutical studies (nutrients and herbal medicines) were rated as high (mean 8.6/10), whereas mind-body or self-help studies were poorer (mean 6.1/10). In OCD, tentative evidentiary support from methodologically weak studies was found for mindfulness meditation (d=0.63), electroacupuncture (d=1.16), and kundalini yoga (d=1.61). Better designed studies using the nutrient glycine (d=1.10), and traditional herbal medicines milk thistle (insufficient data for calculating d) and borage (d=1.67) also revealed positive results. A rigorous study showed that N-acetylcysteine (d=1.31) was effective in TTM, while self-help technique “movement decoupling” also demonstrated efficacy (d=0.94). Mixed evidence was found for myo-inositol (mean d=0.98). Controlled studies suggest that St John’s wort, EPA, and meridian-tapping are ineffective in treating OCD.  CONCLUSIONS: While several studies were positive, these were un-replicated and commonly used small samples. This precludes firm confidence in the strength of clinical effect. Preliminary evidence however is encouraging, and more rigorous research of some of the more hypothesis-based interventions in the treatment of OCD and TTM may be indicated.

Abstract: The risk of oxidative stress-related metabolic diseases increases with menopause and physical inactivity. We hypothesized that an 8-week Tai Chi (TC) training program (2 sessions in class; 2 sessions at home; 1-1:15/session) would improve antioxidant capacity and reduce cardiovascular risks in both pre- (n = 8) and postmenopausal (n = 7) sedentary women. Selected measures of physical fitness and blood parameters were analyzed before and after the program. Besides the well-known effects of TC on balance, flexibility, and maximum leg extensor strength, TC (1) increased erythrocyte glutathione peroxidase activity-an aerobic training-responsive antioxidant enzyme-and plasma total antioxidant status and (2) decreased plasma total homocysteine, a cardiovascular risk marker. In addition to being a low-velocity, low-impact, and relatively safe, TC is a suitable physical activity design for pre- and postmenopausal women to increase antioxidant defenses. Investigating breathing effects during TC movements would be an interesting area for further research in diseases prevention.

Abstract: This is a constructive replication of a previous trial conducted by Bowden et al. (2010), where students who had received Reiki demonstrated greater health and mood benefits than those who received no Reiki. The current study examined impact on anxiety/depression. 40 university students-half with high depression and/or anxiety and half with low depression and/or anxiety-were randomly assigned to receive Reiki or to a non-Reiki control group. Participants experienced six 30-minute sessions over a period of two to eight weeks, where they were blind to whether noncontact Reiki was administered as their attention was absorbed in a guided relaxation. The efficacy of the intervention was assessed pre-post intervention and at five-week follow-up by self-report measures of mood, illness symptoms, and sleep. The participants with high anxiety and/or depression who received Reiki showed a progressive improvement in overall mood, which was significantly better at five-week follow-up, while no change was seen in the controls. While the Reiki group did not demonstrate the comparatively greater reduction in symptoms of illness seen in our earlier study, the findings of both studies suggest that Reiki may benefit mood.

OBJECTIVE: Creative, cost-effective ways are needed to help older adults deal effectively with chronic diseases. Spiritual beliefs and practices are often used to deal with health problems. We evaluated whether a minimal intervention, consisting of a video and workbook encouraging use of patient spiritual coping, would be inoffensive and improve perceived health status.  METHODS:  A randomized clinical trial of 100 older, chronically ill adults were assigned to a Spiritual (SPIRIT) or Educational (EDUC–standard cardiac risk reduction) intervention. Individuals in each group were shown a 28-minute video and given a workbook to complete over 4 weeks. Selected psychosocial and health outcome measures were administered at baseline and 6 weeks later.  RESULTS: Participants were mostly female (62%), with a mean age of 65.8 +/- 9.6 years and had an average of three chronic illnesses. More than 90% were Christian. At baseline, frequent daily spiritual experiences (DSE) were associated with being African American (p < .05) and increased pain (p < .01) and co-morbidities (p < or = .01). Energy increased significantly (p < .05) in the SPIRIT group and decreased in the EDUC group. Improvements in pain, mood, health perceptions, illness intrusiveness, and self-efficacy were not statistically significant.

Abstract: Although spiritual caregiving is a key domain of palliative care, it lacks a clear definition, which impedes both caregiving and research in this domain. The aim of this study was to conceptualize spirituality by identifying dimensions, based on instruments measuring spirituality in end-of-life populations. A systematic literature review was conducted. Literature published between 1980 and 2009, focussing on instruments measuring spirituality at the end of life was collected from the PubMed, Cumulative Index to Nursing and Allied Health Literature (CINAHL), and PsycINFO databases. Inclusion criteria were: (1) the studies provide empirical data collected with an instrument measuring spirituality or aspects of spirituality at the end of life; (2) the data report on a (subgroup) of an end-of-life population, and (3) the instrument is available in the public domain. Content validity was assessed according to a consensus-based method. From the items of the instruments, three investigators independently derived dimensions of spirituality at the end of life. In 36 articles that met the inclusion criteria we identified 24 instruments. Nine instruments with adequate content validity were used to identify dimensions of spirituality. To adequately represent the items of the instruments and to describe the relationships between the dimensions, a model defining spirituality was constructed. The model distinguishes the dimensions of Spiritual Well-being (e.g., peace), Spiritual Cognitive Behavioral Context (Spiritual Beliefs, Spiritual Activities, and Spiritual Relationships), and Spiritual Coping, and also indicates relationships between the dimensions. This model may help researchers to plan studies and to choose appropriate outcomes, and assist caregivers in planning spiritual care.

Abstract: Our research explores the correlates of spiritual experiences over a 2-year period in a sample of older adults (N = 164; mean age 81.9 years) living in a continuing care retirement community. Utilizing responses to the Daily Spiritual Experiences Scale, scores were analyzed for changes over time and for their hypothesized moderating effect in the relationship between chronic illness impact and markers of psychological well-being (as measured by the Geriatric Depression and Life Satisfaction scales). Repeated measures ANOVA indicated a significant decline (P < .01) in the reported spiritual experiences over a 2-year period of time, and t tests showed a significant difference by gender (P < .01) in years 1 and 2, with women reporting higher levels of spiritual experiences than men. Analyses found low spirituality scores associated with low life satisfaction in all years (baseline: r = -.288, P < .01; year 1: r = -.209, P < .05; year 2: r = -.330, P < .001). Only weak associations were detected between low spirituality and the presence of depressive symptoms at baseline (r = .186, P < .05) and year 2 (r = .254, P < .01). Moderation effects of spirituality on the relationship between chronic illness impact and markers of psychological well-being were explored in all years, with a statistically significant effect found only for the presence of depressive symptoms in year 2. Higher impact of chronic illnesses is associated with more depressive symptoms under conditions of low spirituality. Future research may center upon longer-duration evaluation of reliance upon spiritual practices and their impact in care management models.