A Brief History of Sex as Medicine in China

A Brief History of Sex as Medicine in China 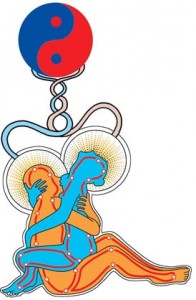 The boudoirs of ancient China were laboratories of sorts, where scholars, physicians, philosophers, royalty and nobility performed a vast amount of research on sex. An inherited position of high standing in the palaces of the day was that of the “Royal Bedroom Watcher”.  Seated behind a gauze curtain, these silent observers would note everything that transpired between lovers.  Generations of observations recorded a profound body of knowledge and a repertoire of practices whose value has been confirmed repeatedly over three thousand years of continuous use.

The earliest Chinese writings on sex are credited to Huang Ti, the Yel­low Emperor, who reigned from 2697 to 2598 B.C. A legendary ruler, the Yellow Emperor merged myriad separate communities into the Chinese nation, and created the foundation for the Chinese medical tradition. In the ancient texts that bear his name, the ruler engages in dialogue with several mentors. For his inquiry into sex, he had three female teachers, the most celebrated of whom was Su Nu, or Plain Girl (“plain” being an inadequate translation of a term that implied a combination of innocence and divine wisdom). The text that grew out of her discourse – The Plain Girl’s Classic, or Counsels of the Simple Girl – is thought to be the first treatise on sex in the history of human civilization.

Although the culture she lived in was, by contemporary standards, highly sexist and patriarchal, this forerunner of sex education asserted the funda­mental equality of the sexes while at the same time acknowledging the pro­found differences between them. Viewing men and women in the context of nature’s universal masculine and feminine principles, Su Nu taught that sexuality was an expression of the divine. Achieving sexual harmony with one’s mate, she stated, allows both sexes to blossom in their own identities and to create fruitful lives in properly run families and communities.

The ancients fully appreciated the joy of sex. Their poetry and art were as erotic, romantic and bawdy as anything Hollywood turns out, and their techniques produced states of ecstasy that make what we call “good sex” seem like scratching an itch by comparison. They also realized that sexuality has curative and transformational power. According to traditional Chinese medicine, there are three forms of healing: healing through pain, as with surgery; healing through suffering, as with chemotherapy (or, in psychological terms, through grief); and healing through pleasure, as with making love when done in an appropriate manner.   Having lost, in childhood, a father whose final year of life was ruined by chemotherapy and a step father who was a physician, an internal medicine specialist, I saw medicine from many sides.  My step father freely expressed his frustration with the limitations of his profession and my father, whose physicians knew they couldn’t help him from the day of diagnosis, lost everything, even an honest prognosis, and died when I was 10, believing that he was  “getting better”.  With this personal background, I was determined to find a way to help my step father get all his patients better and to understand how my dad could be healthy at 41 and dead at 42.  I needed to know if there weren’t a trajectory that one could see years in advance and treat with pleasure rather than suffering.  Hence my interest in the erotic healing arts.

The study of human sexuality explored by my professional ancestors included: 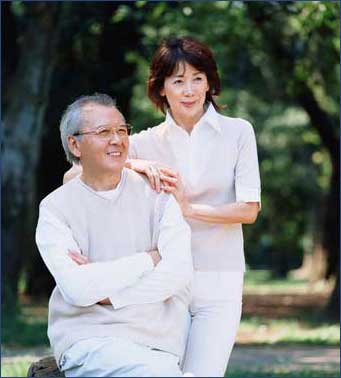 I began to share these teachings with selected patients.  I found their wisdom to be just as relevant to modern lovers as it was to the emperors of old. Here was the flip side of what I had earlier discovered: Not only does a healthy body lead to better sex, but better sex produces healthier bodies and souls. Since then I have imparted relevant portions of this legacy to patients and participants at my lectures and seminars, always with rewarding results. Physical symptoms rang­ing from high blood pressure to back pain to gynecological and prostate problems would improve; chronic tension would dissolve; energy and vi­tality would increase; sexual skill and satisfaction would skyrocket; and intimacy, harmony and love would blossom, even in relationships of long duration and much conflict.

Sex in America: A Definitive Survey found that about 60 percent of married couples had sex “a few times per month” or less. Surprisingly, most of them are content with this situation. I’m glad they’re not unhappy, but I have to say: They don’t know what they’re missing. Some would ar­gue that if those marriages were happier, the spouses would have sex more often. That may be true, but the Chinese sages would say that the opposite is also true: The couples surveyed would be happier together if they had satisfying, high-quality sex more often. In ancient China, marriage was considered a necessity for holiness, and sexual intimacy a vehicle for couples to achieve health, harmony, longevity and unity with the divine.

[Born in Los Angeles and raised in a medical family, Felice Dunas, Ph.D., is an acupuncture industry founder, international lecturer, published author and executive coach. She earned her Bachelor’s degree in Sociology/International Health Care from UCLA, and her Doctorate degree in Clinical Chinese Medicine and Pharmacology from Samra University.  She uses ancient principles of the body and human behavior to enhance the lives of individuals, couples and corporate executives. Having lectured in over 60 countries, she addresses health, vitality, interpersonal intimacy and sexuality. Dr. Dunas is the author of the best-selling book from Penguin-Putnam, “PASSION PLAY: Ancient Secrets for a Lifetime of Health and Happiness Through Sensational Sex”. For more into, go to: http://www.felicedunas.com ]

This entry was posted in Healing through Pleasure and tagged China, history, medicine, sex. Bookmark the permalink.