~Breathing in this life~

This is the first in a two-part series.

Health care in America needs a mother/woman-centered approach. American mothers and women are in great need of holistic, patient centered care, rather than disease care centered around drugs and diagnostic testing. 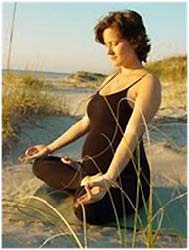 Our current approach in women’s health care in the US is not working.

In the US, there are more women living in poverty and suffering from chronic diseases than men. (1,2)  In addition “the United States has more neonatologists and neonatal intensive care beds per person than Australia, Canada and the United Kingdom, but its infant mortality rate is higher than any of those countries,” says the annual State of the World’s Mothers report. Amnesty International’s executive director Larry Cox in 2010 states “this country’s extraordinary record of medical advancement makes its haphazard approach to maternal care all the more scandalous and disgraceful.”

We need change in health care for women in America, and we need it now.

I want to share the latest statistics in women’s health from the US Department of Health and Human Services and the American Heart Association. As a woman, I am saddened, but not surprised. The findings provide us with the objective evidence of what we have felt intuitively for some time – women’s health care, its delivery, and the proactivity of women in America to take responsibility for their health – must improve.

than men. 2
• The leading causes of death in women are (in order): heart disease, cancer, and stroke. More than ½ of all these deaths were attributed to heart disease and cancer. (2)
• Obesity has increased in alarming rates since the 1960’s, with over 61% of both men and women now overweight or obese. (3)
• Stress related disorders and mental health illness like Post Traumatic Stress Disorder, attempted suicide, depression, and anxiety disorders, occur most often in women. (2)
• Three times as many women attempt suicide as men. (2)
• Lastly, when polled, more men (who have good reason to) report they are in excellent or very good health. (2)

Why are women in the US less healthy than men?
Could it be because…
• more women live in poverty than men? (2)
• women in families experience higher rates of poverty than men living in families? (2)
• men report higher satisfaction levels with heath care and access to health care than women? (2)
• more money is spent (per average expenditure) on men’s health care than women, despite one of the primary reasons for hospitalization and medical visits being maternity care? (2)
• because women use prescription drugs more frequently than men, and of those drugs, the common ones are taken for depression and mental health? (2)
• more women’s health care is paid for by Medicaid or out of pocket? (2) 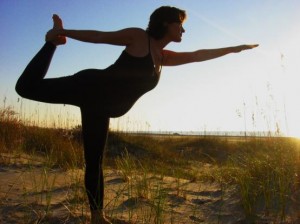 Whatever the reason, women need better access to and better health care. They also need and deserve the empowerment that comes with enjoying better health. Part Two in this series will show you how you can self-empower your way to better health through a 5000 year old practice.

Sources
1. American Heart Association.
2. US Dept. of Health and Human Services 2006. Women’s Health USA 2007 report.
3. Centers for Disease Control and Prevention, National Center for Chronic Disease Prevention and Health Promotion. Overweight and obesity. June 2004. Viewed 4/16/07.
4. Over my years of research, teaching, and writing in medical therapeutic yoga, I have compiled hundreds of scientific references which support the plethora of benefits yoga provides. For systemic benefits of yoga,

Ginger Garner MPT, ATC — is an educator and subject matter expert in medical therapeutic yoga and women’s health. As a published author and sought after speaker, Ginger pens the popular blog for mothers — Breathing In This Life (BITL –which is one of the columns in Yang-Sheng magazine and network). Ginger is founder of Professional Yoga Therapy (PYT), the first education program for Complementary and Alternative Medicine practice in medical therapeutic yoga in the US. Ginger’s focus is on education and activism for maternal and child health – through BITL, her school, PYT, through the organization she founded for Haiti relief in 2009, Musicians 4 Missions, and her work with the Initiative to Educate Afghan Women. Ginger has spoken and performed across the US to educate people about medical yoga and to raise awareness and funds for improving women’s health. As a working mother of three she has learned a thing or two about finding work/life balance through the healing arts, which she shares through BITL, at www.gingergarner.blogspot.com. See Ginger’s work at www.gingergarner.com.

This entry was posted in Breathing in This Life and tagged age of illness, empowering women, womens health. Bookmark the permalink.