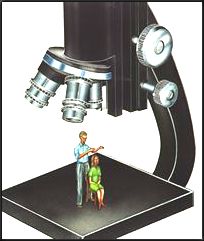 Abstract: To investigate whether elderly Tai Chi practitioners are better able to descend a step while performing a concurrent mental task than non-practitioners. The design includes cross-sectional study. The setting includes university-based rehabilitation center. The subjects were 16 young women, 29 elderly women, and 31 elderly women who had been practicing Tai Chi regularly for at least half a year. Pre-landing muscle response latencies in their tibialis anterior (TA) and medial gastrocnemius (MG) muscles were measured during stepping down (single task) and stepping down while performing a concurrent mental activity (dual tasking). The non-practitioners had earlier onset of muscle activity in the TA in preparation for landing than the other subjects. The response latency of the Tai Chi practitioners was not significantly different from that of the young controls. When the cognitive task was added, the pre-landing response in the TA was significantly altered in both elderly groups. Response was significantly delayed among the non-practitioners, but significantly earlier among the Tai Chi subjects. The average change in response latency was significantly greater in the non-Tai Chi group compared with the young subjects and the Tai Chi practitioners (p = 0.006). Such findings suggest that practicing Tai Chi helps the elderly maintain the same strategy as much as younger subjects during stepping down. Tai Chi practitioners seem to have a greater capacity to shift attention between mental and physical tasks than other elderly women. http://www.springerlink.com/content/g72n671158616345 [E-pub ahead of print]

Abstract: An emerging body of research suggests that mindfulness-based interventions may be beneficial for smoking cessation and the treatment of other addictive disorders. One way that mindfulness may facilitate smoking cessation is through the reduction of craving to smoking cues. The present work considers whether mindful attention can reduce self-reported and neural markers of cue-induced craving in treatment seeking smokers. Forty-seven (n = 47) meditation-naïve treatment-seeking smokers (12-h abstinent from smoking) viewed and made ratings of smoking and neutral images while undergoing functional magnetic resonance imaging (fMRI). Participants were trained and instructed to view these images passively or with mindful attention. Results indicated that mindful attention reduced self-reported craving to smoking images, and reduced neural activity in a craving-related region of subgenual anterior cingulate cortex (sgACC). Moreover, a psychophysiological interaction analysis revealed that mindful attention reduced functional connectivity between sgACC and other craving-related regions compared to passively viewing smoking images, suggesting that mindfulness may decouple craving neurocircuitry when viewing smoking cues. These results provide an initial indication that mindful attention may describe a ‘bottom-up’ attention to one’s present moment experience in ways that can help reduce subjective and neural reactivity to smoking cues in smokers.

CONTEXT: Asana, pranayama, and meditation are three main techniques of yoga practiced in India over thousands of years to attain functional harmony between the body and mind. Recent studies on long-term yogic practices have shown improvements in cardiovascular functions.  AIM: The present study was conducted to ascertain if a short-term practice of pranayama and meditation had improvements in cardiovascular functions in healthy individuals with respect to age, gender, and body mass index (BMI). DESIGN: This interventional study was conducted in the Department of physiology of S.N. Medical College, Bagalkot.  METHODS: Fifty healthy subjects (24 males and 26 females) of 20-60 years age group, fulfilling the inclusion and exclusion criteria underwent two hours daily yoga program for 15 days taught by a certified yoga teacher. Pre and post yoga cardiovascular functions were assessed by recording pulse rate, systolic blood pressure, diastolic blood pressure, and mean blood pressure. The parameters were analyzed by Student’s t test.  RESULTS: There was significant reduction in resting pulse rate, systolic blood pressure, diastolic blood pressure, and mean arterial blood pressure after practicing pranayama and meditation for 15 days. The response was similar in both the genders, both the age groups, <40 yrs and >40 yrs and both the groups with BMI, <25 kg/m(2) and >25 kg/m(2). CONCLUSION: This study showed beneficial effects of short term (15 days) regular pranayama and meditation practice on cardiovascular functions irrespective of age, gender, and BMI in normal healthy individuals. 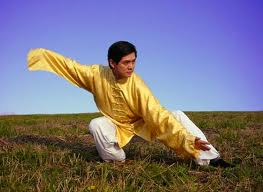 ABSTRACT: A new theory of mind-body interaction in healing is proposed based on considerations from the field of perception. It is suggested that the combined effect of visual imagery and mindful meditation on physical healing is simply another example of cross-modal adaptation in perception, much like adaptation to prism-displaced vision. It is argued that psychological interventions produce a conflict between the perceptual modalities of the immune system and vision (or touch), which leads to change in the immune system in order to realign the modalities. It is argued that mind-body interactions do not exist because of higher-order cognitive thoughts or beliefs influencing the body, but instead result from ordinary interactions between lower-level perceptual modalities that function to detect when sensory systems have made an error. The theory helps explain why certain illnesses may be more amenable to mind-body interaction, such as autoimmune conditions in which a sensory system (the immune system) has made an error. It also renders sensible erroneous changes, such as those brought about by “faith healers,” as conflicts between modalities that are resolved in favor of the wrong modality. The present view provides one of very few psychological theories of how guided imagery and mindfulness meditation bring about positive physical change. Also discussed are issues of self versus non-self, pain, cancer, body schema, attention, consciousness, and, importantly, developing the concept that the immune system is a rightful perceptual modality. Recognizing mind-body healing as perceptual cross-modal adaptation implies that a century of cross-modal perception research is applicable to the immune system. http://www.springerlink.com/content/382662243226423l

ABSTRACT: This paper assesses the effects of different health conditions on happiness. Based on new data for Latin America, we examine the effects of different conditions across age, gender, and income cohorts. Anxiety and pain have stronger effects than physical problems, likely because people adapt better to one-time shocks than to constant uncertainty. The negative effects of health conditions are very large when compared with the effects of income on happiness. And, while higher peer income typically elicits envy, better peer health provides positive signals for life and health satisfaction. Health norms vary widely across countries.

ABSTRACT: Worldwide, contemporary measures of the success of health development programs have been mostly in terms of the reduction of mortality and morbidity as well as increasing longevity. While these goals have yielded much-needed health improvements, the subjective outcomes of these improvements, as experienced by individuals and the communities, have not been considered. Bhutan, under the overarching policy of Gross National Happiness, has provided due consideration to these subjective indicators. Here, we report on the current status of health and happiness in Bhutan as revealed by conventional objective indicators and subjective Gross National Happiness indicators. The current literature on health in Bhutan in relation to the Gross National Happiness Survey conducted by the Centre of Bhutan Studies has been reviewed. Bhutan has made great strides within a short period of modernization, as shown by both objective and subjective indicators. Tremendous challenges lie ahead to achieve the ultimate goal of health and happiness, and how Bhutan articulates its path to modernization may be a lesson for the rest of the world. http://www.ncbi.nlm.nih.gov/pmc/articles/PMC3155859

OBJECTIVES: The idea that perceived happiness may be associated with health and well-being is a recent topic of focus. However, the neurobiological mechanisms underlying the positive effects of happiness on psychological and physiological wellness remain obscure. In this study, we attempted to clarify the association between systemic inflammation and happiness. METHODS: We recruited 160 healthy volunteers for experiment 1 and compared peripheral inflammatory markers, namely the concentrations of pro-inflammatory cytokines in the serum, between perceived high-happiness and low-happiness groups. Subsequently, we recruited 7 romantic couples for experiment 2 and investigated changes in peripheral pro-inflammatory cytokine levels after the evocation of happiness, which was induced by warm physical contact with the partner.  RESULTS: We found that circulating levels of interferon-γ (IFN-γ), which can affect brain functions and induce depressive symptoms, were lower in the high-happiness group than in the low-happiness group. A negative correlation between the levels of perceived happiness and IFN-γ concentrations was also observed. Furthermore, we also found that experimentally induced happiness could reduce peripheral IFN-γ levels.  CONCLUSIONS: These results revealed an association between the perception of happiness and systemic inflammation. Increased happiness may suppress the peripheral circulation of pro-inflammatory cytokines. 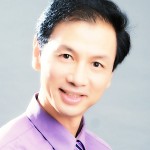 [Kevin Chen, Ph.D., MPH is an associate professor at the Center for Integrative Medicine and Department of Psychiatry, University of Maryland School of Medicine (USA).  Dr. Chen was educated in the universities of both China and the United States, and has years of experience and training in blending eastern and western perspectives, and in the practice of life-nurturing methods. As a long-time practitioner of Qigong Yang Sheng, he is one of the few scientists in the U.S. to have both hands-on knowledge of mind-body practice, and an active research career in mind-body medicine, which is funded through grants by the National Institutes of Health (NIH) and various foundations.  Dr. Chen devotes his career and life to the practice of Yang Sheng, and promotion of self-healing and mind-body-spirit integration through the non-profit organization, World Institute for Self Healing (WISH) (http://www.wishus.org).]