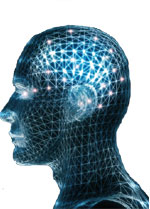 Abstract Aim: to assess the effect of breathing exercises on fatigue level of the patients with COPD. Methods: this quasi-experimental research was conducted on 60 COPD patients hospitalized at hospitals affiliated to Tehran University of Medical Sciences. The subjects were randomized into “experience” and “control” groups. Data were gathered by interview and data registration from the files. The data gathering tools were questionnaires, fatigue severity scale (FSS) and respiratory exercise usage checklist. The data were analyzed using SPSS software with the descriptive and deductive statistical methods (Paired-T, Chi-Square and Pearson correlation tests). Results: the average fatigue severity before (55.766) and after (40.166) using the respiratory exercises in the experience group (p=0%) was significantly different. While in the control group (p=0.002) before (54.166) and after (52.200) the study has a slight difference. There was a significant inverse correlation between using respiratory exercises and fatigue severity (r=-0.593, p=0.001). Mean fatigue intensity for the experience and control groups decreased to 40.916±14.4 and 52.20±8.539 after the study, respectively (p=0.001). There was a significant difference in fatigue severity between experience and control groups after the study. Conclusion: respiratory exercise is effective in reducing the fatigue in the patients with COPD. http://www.inaactamedica.org/archives/2011/21339543.pdf

OBJECTIVE: To evaluate the effectiveness of a Tai chi Qigong (TCQ) program in enhancing respiratory functions and activity tolerance in clients with chronic obstructive pulmonary disease (COPD).  DESIGN: A single-blind, randomized controlled trial.  SETTING: Five general outpatient clinics in Hong Kong.  INTERVENTION: In total, 206 COPD clients were randomly assigned into one of the three groups, namely, TCQ, exercise, and control group. Subjects in the TCQ group received a TCQ program consisting of two 60-min sessions each week for three months. Subjects in the exercise group were taught to practice breathing techniques combined with walking as an exercise. Subjects in the control group were instructed to maintain their usual activities. Data collection was performed at baseline and at the 6-week and 3-month marks.  OUTCOMES: Lung functions, 6-min walk test, and COPD exacerbation rate.  RESULTS: Results of repeated measures of analysis of covariance demonstrated that there were significant interaction effects between time and group in forced vital capacity (p=.002, η(2)=.06), forced expiratory volume in 1s (p<.001, η(2)=.02), walking distance (p<.001), and exacerbation rate (p=.006, η(2)=.06) at 3 months. Improvements were noted in the TCQ group. No changes were observed in the exercise group, while a decline in lung functions was noticed in the control group.  CONCLUSION: Tai chi Qigong was able to improve respiratory functions and activity tolerance level in COPD clients. The breathing and walking exercise helped maintain lung functions and slow down disease progression.

BACKGROUND: Qigong is a Chinese health promoting exercise with a rhythmic pattern of slow movements and breathing affecting the autonomous nervous system.  OBJECTIVES: To examine the implementation of Qigong for half an hour daily in a computerized office, and to study effects on health state, general health, neck-shoulder and lumbar spine symptoms and stress after six weeks training.  DESIGN: A crossover intervention study with 37 employees randomised in two groups. A questionnaire was completed one week before starting study and every second week during the training period. After 6 weeks the first group stopped and the second group started the training.  RESULTS: There was a small significant improvement of neck pain and disability following therapy. CONCLUSION: Qigong training may reduce neck disability in office workers. A longer training period might be needed in further Qigong studies in healthy, normal populations.

OBJECTIVES: The purpose of the present study is to investigate the effects of yoga on balance and gait properties in women with musculoskeletal problems.  DESIGN: Twenty-seven women (30-45 years old) with musculoskeletal problems, such as osteoarthritis and low-back pain, were included in the present study. The patients participated in 8 sessions (twice weekly for 4 weeks) of a yoga program which included asanas, stretching exercises, and breathing techniques.  MAIN OUTCOME MEASURES: Patients’ static balance measurements and gait parameters were determined before and after the study using a stabilometer and a gait trainer, respectively. RESULTS: Post-study values of patients’ gait parameters were found to be statistically higher than their pre-study values (p < 0.05) The values of patients’ balance addressed anterior and right positions with patients’ eyes open and subsequently closed pre-treatment. However, it was notable that balance post-treatment was minimal when subjects eyes were open or closed. Anterior-posterior values and right-left values were almost equal after treatment.  DISCUSSION: The results showed that yoga has a positive effect on balance and gait parameters of women with gait and balance disturbances that are caused by musculoskeletal problems. It is feasible to conclude that asanas and stretching exercises included in the yoga program brought about such a positive effect, and therefore it is possible to use yoga programs to solve problems caused by musculoskeletal disorders.

ABSTRACT: The beneficial effects of mindful awareness and mindfulness meditation training on physical and psychological health are thought to be mediated in part through changes in underlying brain processes. Functional connectivity MRI (fcMRI) allows identification of functional networks in the brain. It has been used to examine state-dependent activity and is well-suited for studying states such as meditation. We applied fcMRI to determine if Mindfulness-Based Stress Reduction (MBSR) training is effective in altering intrinsic connectivity networks (ICNs). Healthy women were randomly assigned to participate in an 8 week Mindfulness-Based Stress Reduction (MBSR) training course or an 8 week waiting period. After 8 weeks, fMRI data (1.5 T) was acquired while subjects rested with eyes closed, with the instruction to pay attention to the sounds of the scanner environment. Group independent component analysis was performed to investigate training-related changes in functional connectivity. Significant MBSR-related differences in functional connectivity were found mainly in auditory/salience and medial visual networks. Relative to findings in the control group, MBSR subjects showed (1) increased functional connectivity within auditory and visual networks, (2) increased functional connectivity between auditory cortex and areas associated with attentional and self-referential processes, (3) greater anticorrelation between auditory and visual cortex, and (4) greater anticorrelation between visual cortex and areas associated with attentional and self-referential processes. These findings suggest that 8 weeks of mindfulness meditation training alters intrinsic functional connectivity in ways that may reflect a more consistent attentional focus, enhanced sensory processing, and reflective awareness of sensory experience.

ABSTRACT: Previous researchers have studied meditation practices as a means to understand consciousness as well as altered states of consciousness. Various meditation techniques, such as Transcendental Meditation (TM) and Qigong, have been explored with source localization tools; however, the concentrative meditation technique has yet to be fully studied in this manner. The current study demonstrates findings, which outline differential activation in a self-referential default network during meditation in participants who espouse themselves as regular concentrative meditation practitioners, as well as comparisons with a control group practicing a modified version of the relaxation response. The results are compared with other putative experimental findings employing  other meditation techniques, and the findings outlined in the current study are discussed with respect to changes in perceptual awareness often reported by meditators.

ABSTRACT: To gain insight to the neurophysiological mechanisms involved in Zen meditation, we evaluated the effects of focused attention (FA) on breathing movements in the lower abdomen (Tanden) in novices. We investigated hemodynamic changes in the prefrontal cortex (PFC), an attention-related brain region, using 24-channel near-infrared spectroscopy during a 20-minute session of FA on Tanden breathing in 15 healthy volunteers. We found that the level of oxygenated hemoglobin in the anterior PFC was significantly increased during FA on Tanden breathing, accompanied by a reduction in feelings of negative mood compared to before the meditation session. Electroencephalography (EEG) revealed increased alpha band activity and decreased theta band activity during and after FA on Tanden breathing. EEG changes were correlated with a significant increase in whole blood serotonin (5-HT) levels. These results suggest that activation of the anterior PFC and 5-HT system may be responsible for the improvement of negative mood and EEG signal changes observed during FA on Tanden breathing.

OBJECTIVE: find out the effect of integrated amrita meditation technique (iam) on the stress hormones: adrenaline and cortisol. One hundred and fifty healthy subjects were randomized into three groups. Blood was collected at 0 hour, 48 hours, 2 months, and 8 months after the first visit. Adrenaline was analyzed by ELISA and cortisol by Chemiluminescent method. In the IAM, PMR and control groups 44, 44, and 36 came, respectively, for the baseline visit. Within group, cortisol and adrenaline levels reduced in the IAM 48 hours onwards and the fall sustained until 8 months (P < .05). ANCOVA (Repeated measures) on adrenaline taking the four levels of observation showed a highly significant (P = .001) drop in the IAM group. The mean cortisol values between groups were not statistically significant (P = .138). IAM Technique was effective in reducing adrenaline and cortisol levels within group comparisons. http://www.ncbi.nlm.nih.gov/pmc/articles/PMC3034982/

PURPOSE: The purpose of this systematic review was to identify exercise parameters and the most common outcome measures used in tai chi (TC) research. METHODS: Ovid Medline and PubMed were used to identify longitudinal studies published from January 2000 to July 2007 written in English with the key words tai chi, tai ji, tai chi quan, tai ji quan, balance, falls, and falling. Qualifying studies had subjects aged 60 years or older. RESULTS: In all 19 qualified prospective studies, older vigorous and likely transitional frail individuals seemed to benefit more from TC than did older frail individuals. The most commonly used TC parameters were Yang’s style, with 12 or fewer forms, durations of 12 weeks or longer, frequencies of twice a week or more, and session lengths of at least 45 minutes. The most common outcome measures observed were a combination of 2 to 5 of the following 10 measures (from most to least common): fear of falling, single-leg stance, posturography, rate of falling, flexibility, walking velocity, Berg Balance Scale, Timed up and Go, Functional Reach, and ankle and knee joint strength and range of motion. Improvements were reported in almost all of these measures. CONCLUSIONS: This review indicates that TC may be an economic and effective exercise program for improving balance and balance confidence in older adults.

OBJECTIVES: Qigong has been recommended to improve health and prevent disease but the evidence is inconclusive. The aim of this overview was to critically evaluate all systematic reviews (SRs) of Qigong for the treatment of any condition or symptom. DESIGN: Literature searches were carried out in 11 electronic databases for all systematic reviews of the effectiveness of Qigong in any indication. Reviews were defined as systematic if they included an explicit and repeatable methods section describing the search strategy and explicit inclusion/exclusion criteria.  SETTING: Retrospective review of medical database. PARTICIPANTS: Participants with any type of medical conditions of any severity were included.  MAIN OUTCOME MEASURES: Evidence from each systematic review.  RESULTS: Ten systematic reviews were included. They related to a wide range of conditions. The primary studies and several of the reviews were associated with a high risk of bias. Five reviews concluded that Qigong is effective and five reviews were inconclusive. CONCLUSION: The effectiveness of Qigong is based mostly on poor quality research. Therefore, it would be unwise to draw firm conclusions at this stage.

[Kevin Chen, Ph.D., MPH is an associate professor at the Center for Integrative Medicine and Department of Psychiatry, University of Maryland School of Medicine (USA). Dr. Chen was educated in the universities of both China and the United States, and has years of experience and training in blending eastern and western perspectives, and in the practice of life-nurturing methods. As a long-time practitioner of Qigong Yang Sheng, he is one of the few scientists in the U.S. to have both hands-on knowledge of mind-body practice, and an active research career in mind-body medicine, which is funded through grants by the National Institutes of Health (NIH) and various foundations. Dr. Chen devotes his career and life to the practice of Yang Sheng, and promotion of self-healing and mind-body-spirit integration through the non-profit organization, World Institute for Self Healing (WISH) (http://www.wishus.org).]