Introduction to the Key Happiness Researchers

Dr. Michael Fordyce, founder of the now hot field of Happiness-Increase Psychology, is, the psychologist who best understands and has most significantly influenced the field of happiness research.  In 1977, he published the world’s first comprehensive happiness increase study, and proposed 14 techniques that enhance people’s positive affects. His understanding of the importance of happiness to our world is unparalleled among his peers.   For this reason, on every page of my The Happiness Show website there is a link to this description.  On his www.gethappy.net site, for free, you can read his visionary work Human Happiness; it’s Nature and Attainment as well as the three most advanced happiness increase studies yet conducted.  Dr. Fordyce recently granted me permission to produce “A Program to Increase Personal Happiness” a 28 episode cable television program from his 14 episode The Psychology of Happiness video series.  The program premiered in White Plains, New York on September 16th, 2004.

Dr. Martin Seligman from University of Pennsylvania, past president of the American Psychological Association and recently ranked the 31st most influential psychologist of all time is doing more to build a happier world than any other happiness researcher.  In addition to having raised over $30 million dollars for the happiness-directed Positive Psychology field he created in 1998, Dr. Seligman is currently training hundreds of happiness coaches that are destined to become a potent force in bringing practical implementations of happiness increase psychology to consumers throughout our world.  Although his theory of happiness may not be widely accepted by the field, his happiness increase applications are founded on empirical research, and are therefore invaluable to the field.  Happiness research is meaningless without vehicles for its practical implementation, and Dr. Seligman is the psychologist most directly increasing what he refers to as the “total tonnage of happiness in the world.” 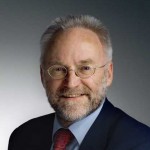 Dr. Ruut Veenhoven, from The Netherlands, is the field’s leading authority on “international” happiness, and one of Happiness Psychology’s most progressive thinkers.  His World Database of Happiness is THE internet source of professional information on happiness research.   Dr. Veenhoven has had the wisdom to present on his site a list of the most important professional books on happiness – a resource enormously helpful to happiness  research.   Dr. Veenhoven is also the editor of The Journal of happiness Studies, http://www.kluweronline.com/issn/1389-4978/current , the first psychology journal entirely devoted to happiness research.  His comprehensive —- published in — presents extensive and detailed data on the happiness experienced by many of the countries throughout the world. 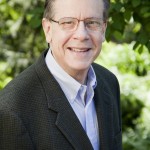 Ed Diener is the world’s leading happiness researcher.  He is a prolific researcher and writer who has collaborated extensively with many other top researchers.  Dr. Diener’s 1984 and 1999 reviews of happiness findings are considered the most authoritative in the field.  He co-edited Well-being; The Foundations of Hedonic Psychology, the most theoretically sophisticated book on happiness yet published..  Perplexingly although Dr. Diener has led the field for the last thirty years, he has yet to publish a happiness-increase study, somewhat diminishing his influence on the cutting edge and very important Happiness-Increase Psychology field. 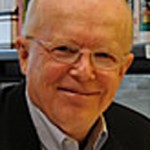 David Myers has written numerous papers on happiness and is the author of The Pursuit of Happiness.  While now somewhat out of date, it is, in my opinion, the best review of happiness research available in book form.  He has also authored the most popular college level introductory psychology textbook.  Equally importantly, Dr. Myers is a very kind man, as many have personally experienced.

Daniel Kahneman, a top happiness researcher, was awarded the 2002 Nobel prize in economics  “for having integrated insights from psychological research into economic science, especially concerning human judgment and decision-making under uncertainty.”   Dr. Kahneman co-edited Well-being; The Foundations of Hedonic Psychology. 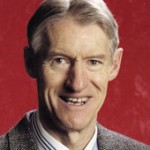 Our world suffered a great loss in September of 2002 with the passing of Dr. Michael Argyle of England.  In 1989, Dr. Argyle wrote The Psychology of Happiness, an excellent book reviewing happiness research.  Before leaving us he updated this important work by publishing a 2001 second edition.  While this revision has already become somewhat dated in the rapidly advancing field of Happiness Psychology, it is a must read for anyone interested in the current state of the research.

Kennon Sheldon is reviving and expanding upon the happiness-increase work Dr. Fordyce pioneered in the late 1970s.  Last year he was kind enough to send me two of his manuscripts that compellingly encourage a new wave of happiness-increase experimentation and practical happiness-increase applications throughout society.  Dr. Sheldon’s research is also  demonstrating that happiness level gains can remain in effect long-term. 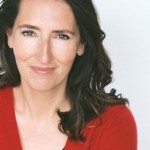 Sonja Lyubomirsky is a visionary among the new generation of happiness-increase researchers.  The majority of her research career has been devoted to studying human happiness. Why is the scientific study of happiness important? In short, because most people believe happiness is meaningful, desirable, and an important, worthy goal, because happiness is one of the most salient and significant dimensions of human experience and emotional life, because happiness yields numerous rewards for the individual, and because it makes for a better, healthier, stronger society.  Dr. Lyubomirsky’s work will hopefully find applications within her native Russia, where happiness levels are among the lowest in the world.

Building a happier world requires both research and implementation. Dr. Douglas Ramm, a Pennsylvania clinical psychologist and happiness researcher, has conducted extensive research on what enables, and threatens our happiness.  His formula for happiness can be utilized in the context of coaching, counseling and psychotherapy and as a foundation for business ethics and organizational development.  Dr. Ramm’s “Facts of Life Seminar” not only increases happiness but also uses happiness to motivate positive behavior. Mandated for the 800 juvenile offenders on probation in Westmoreland County, Pennsylvania, the program has already produced robust results. Click here to learn more about Dr. Ramm and his valuable contributions to helping build a happier world.

Dr. Inglehart is director of the University of Michigan based World Values Surveys, the most authoritative happiness polling organization in the world.  His organization’s latest 1999-2001 report (released in April, 2004) reveals that the happiest countries in the world are Nigeria, Mexico, Venezuela, El Salvador, and Puerto Rico.

Bruce Heady has been researching happiness for decades and is co-author of the influential Understanding Happiness published in 1992.  This work unfortunately advanced the now dated view that long term increases in happiness are not possible because of the limiting effects of adaptation level.

David Lykken is a researcher who in 1996 published results leading many people to mistakenly conclude that because one’s happiness level is at least 50 percent genetically dependant, attempting to become happier was a futile pursuit.  Dr. Lykken (his name means happiness in his native Norway) was dismayed with the misinterpretation of his results, and in 1999 he published a book titled Happiness that presents principles and techniques for becoming happier.

One Response to The Key Happiness Researchers