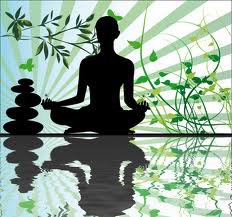 “When genuine energy is stored within, diseases cannot invade the body”

“The energy is the basis of life. Everything in the Universe changes and develops thanks to qi.”

“The person does not train the energy, but the energy trains the person.”

“Life exists because qi is amassed, when qi is dispersed, one dies.”

“Man is created by the energy of Heaven and Earth,
and is led by the principles of the four seasons.”

“In its disintegrated state, qi is scattered and diffuse.
Through integration, it forms matter,
thereby giving rise to the manifold diversity of humans and things.”

“I will follow Wang Qiao to find pleasurable entertainment.

and drink the Drifting Flow, ah!

Rinse the mouth with True Yang

And swallow Down Aurora”.

from “Traveling Afar” (“Yuan You”), a chuci poem written by Qu Yuan (about 340 – 278 BC),
great poet and qigongist from the Warring States period in China.

“Hold the breath so that even a goose feather cannot stir before the nostrils.
Breathe slowly and gently 300 times without hearing anything,
seeing anything, or thinking anything…”

“Health preservation means to look at the original energy qi and the jing essence as wealth”.

“Not permitting one thing to interfere with another is called “concentration”.
When the mind is asleep, it dreams. When it is relaxed, it moves of its own accord.
When it is employed, it schemes. Therefore, the mind is never without movement.
Nonetheless, there is still the capacity for quiescence. Not permitting dreams
and petty annoyances to disrupt this capacity to know is called “quiescence”.”

“That which penetrates Heaven and Earth and connects past and present

is nothing other than the material substance [qi], which is unitary.”

“My heart is as calm as still water

without the least wind stirring

Suddenly in the midnight

I enter a wonder land,

With rolling waves and rising sun in sight”.

“Being stable, one is able to be still;

being still, one is able to be at peace;

being at peace, one is able to contemplate;

being able to contemplate, one is able to get it [the energy].”

This entry was posted in Proverbs and tagged Qigong, quotes. Bookmark the permalink.

One Response to Proverbs of Yang Sheng