How Can Bio-Energy be Measured? Part 2

How Can Bio-Energy be Measured?

This article is about my visit to the Rhine Center’s Bio-Emissions Lab in Durham, NC.  The recent invitation to the Center was extended by Executive Director John Kruth and Bill Joines who is the primary researcher and designer of this 30 year bio-energy research experiment. 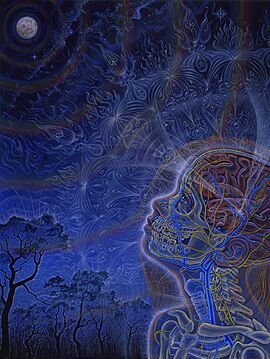 The experiment will measure bio-emissions or bio-photons that come from the human body. There are electromagnetic fields in and around the body that communicate through a light source of bio-energy called bio-photons.

During the last thirty years the Rhine Center’s Bio-Emissions experiment measures for charge accumulation and electromagnetic bio-emissions. These measurements are being used to study bio-energy healers, meditators and people who claim unusual effects on electrical equipment.

The equipment used to measure bio-emissions are several special devices. The thermoelectric cooler is used to cool the photomultiplier tube to negative 26 degrees centigrade.  This is done to reduce interference from the electrical devices. The baseline is taken for each individual before they begin their healing, meditation, or energy work.  The photomultiplier tube actually measures the increase in photon emissions from the baseline for the individual being tested.

Then it is the photomultiplier tube that measures biophotons. When one photon of light strikes this sensitive surface it dislodges several other electrons. The dislodged electrons accelerate striking many more electrons that cause a change reaction event.

According to Wikipedia: “A bio photon (from the Greek βιο meaning “life” and φωτο meaning “light”), synonymous with ultra weak photon emission, low-level biological chemiluminescence, ultra weak bioluminescence, dark luminescence and other similar terms, is a photon of light emitted from a biological system and detected by biological probes as part of the general weak electromagnetic radiation of living biological cells. ”

The reason I feel I did so well on the test is that I built up my body’s nerve fibers using specially designed energy exercises. In the The School of Chi Energy a chi student is trained to build up the nerve fibers allowing for a stronger projection of bio-energy. When information contained in bio-photons are built up in high levels, your ability to control the hormonal flow of your body and other extreme psi abilities will be possible.

Bio-Photonics has been around awhile according to Mind Science News article: “Biophotons: DNA Radiance of Health or Disease. Science & Spirituality: Living Light: Biophotons and the Human Body – Part 1

Professor Fritz-Albert Popp of International Institute of Biophysics (Biophotonics) in

Germany has conducted research that confirms the existence of biophotons. Biophotons are weak light emitted by photons within the cells of our bodies. All cells emit light. Professor Popp says, “we are swimming in an ocean of light…” His research shows that DNA from living cells hold and release photons producing “biophotonic emissions” that radiate throughout the cellular network.

These biophotonic emissions of light have no mass, and they seem to be responsible for transmitting information inside of individual cells as well as radiating that information to other cells. These emissions may hold a key to our understanding of disease and wellness.”

It is the significant value of these types of bio-photon experiments that demonstrate those with unusually high emissions have a great influence (degree of change) over the physical reality of body and mind.

For more information on bio-energy, visit www.chienergyheals.com where we base our training on the latest scientific and medical research.

Next month: Biophotonics & Bioenergy: the results from
the Rhine Center experiment that may shock
energy field workers with its implications.

Cindy Cicero is a teacher and instructor skilled in the art of Chi Energy Heals bio-energy training.  She is the Director of Operations for the Online School of Chi Energy Heals and in business since 1998.  Certified Chi Energy Heals Instructor & Bio-Energy Healer for Sifu Jones’ Online Alternative Bio-Energy Health and Healing School.  A  Mindfulness Based Stress Reduction Meditation teacher who has studied under doctors Jon Kabat-Zinn and Saki Santorelli from the University of Massachusetts Medical School, and Dr. Jeff Brantley of Duke University’s Center for Integrative Medicine.  Nationally Certified in Therapeutic Massage and Bodywork by the International Oriental Bodywork Association and licensed in the state of North Carolina;  Certified as a Spring Forest Qigong Healer and Teacher; Certified as a Yoga Teacher & Yoga Therapist in the Kripalu Yogic Healing Tradition; Certified in the Eastern Institute of Transpersonal Hypnotherapy; Member of the Rhine Center Parapsychology Center; Member & volunteer on the Board of Directors for the Qigong Institute .

One Response to How Can Bio-Energy be Measured? Part 2