The Cauldron as Portal for Communicating with Original Qi

The central purpose of nei dan is to re-grow the spark of Original Energy (yuan Qi) that is buried deep within each human being. If this tiny but powerful spark of original Qi can be birthed into consciousness on Earth, it will gradually dissolve one’s suffering and struggle, and restore life to its innate state of grace and effortless communication (wu wei) between Heaven, Earth, and Beings. Cultivating yuan Qi is growing Heaven on Earth. The type of immortality sought in neidan is not eternal physical life in Later Heaven, but rather a spiritual immortality achieved by completing one’s destiny in Later Heaven and integrating one’s refined Later Heaven essence with Early Heaven, Primordial Heaven, to ultimately merge that refined personal essence with the unknowable Dao. 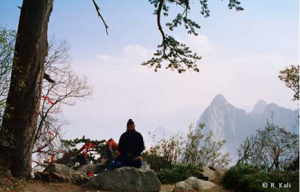 This alchemical theory of cultivating yuan Qi as one’s personal essence contradicts the modern TCM (Traditional Chinese Medicine) theories promulgated by communists since the 1950’s. TCM usually identifies yuan Qi as “source Qi” or genetic energy acquired from one’s parents, and posits that a human being has only a finite amount of yuan Qi available during one’s lifetime. When it is expended, one dies. TCM theory upholds a false separation between Humans, (Early) Heaven and Earth (Later Heaven), a boundary that is frequently crossed during alchemical meditation. This is why a successful adept may be able to prolong their lifespan far beyond ordinary men or at least beyond what they inherited from their parents. Daoist theory is that one’s true parents/ancestors are Heaven and Earth, and they constantly offer their Qi to humans to nourish their development.

The TCM theory unfortunately helps to perpetuate the mind state of people into thinking that their essence is limited, which thus becomes a self-fulfilling prophecy. In most people, Original Energy is reduced to a faint conviction of being somehow connected to the rest of nature. The Original Spirit functions as the mostly deep unconscious inner heart that silently witnesses, without judgment, the personality/ego/body spirit fragments in their reactive struggles with surface life. In Daoist depth psychology, the most important ego fragments are the five yin vital organ spirits — jing shen of heart, kidneys, liver, spleen, lungs. These five connect to the inner realms of Early Heaven; the “yang” body spirits are linked with the six bowels (gall bladder, small intestine, stomach, etc.) and communication with the outside physical world.

In One Cloud’s formulas, original shen can be cultivated by fusing these ordinarily polarized and divided yin “vital organ gods” of the human mind into a singular pure awareness. When this awareness (yuan shen) is impregnated into post-natal body essence (jing), the pre-natal (Early Heaven) field of jing opens and an “immortal embryo” (sheng tai) is formed. This embryo is a seed of conscious Original Essence (yuan jing) that will vibrate and enliven the body. It may be perceived by the adept as a kind of body-centered, continuous spiritual orgasm, a feeling of spiritual pregnancy that may last for months. It is slowly nurtured to maturity, fed an “immortal baby food diet” of unconditional qualities (de) from Early Heaven spirits. It is protected and nourished by the worldly post-natal body spirits if they have awakened to their spiritual destiny; otherwise they may resist this profound inner shift. The embryo, if properly cultivated, births an Immortal Child that is fed refined levels of yuan Qi, obtained by alchemical meditations that “cook” increasingly powerful yin-yang forces absorbed from Nature (male-female, sun-moon, star-earth). This Immortal Child, one’s original essence that is growing in purity and substance, may mature to become one’s true soul (ling).

The increased unity of original jing, Qi, and shen within a human makes possible a very long and healthy physical life and a true and lasting spiritual rebirth. This alchemical rebirth is not to be confused with the modern experience of being suddenly “born again”, arising from religious acceptance of some new belief (which may indicate a real shift in emotional or mental functions of the believer’s five jing shen). The formulas are a ladder on which the nei dan adept climbs gradually INWARD, refining the polarized and corrupted Qi of Later Heaven into the balanced and purified Qi of Early Heaven, and finally penetrating to the pure field of original Qi in the Primordial Origin. These higher heavens spatially are not above the adepts head, as in a pyramidal type of spiritual hierarchy. 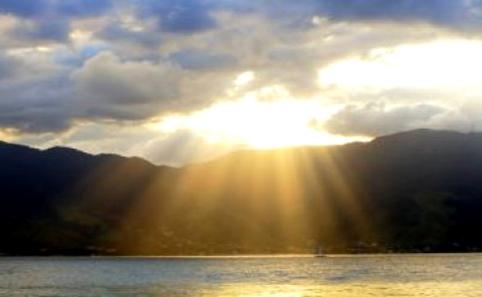 These heavens are hidden within the adept, in layered fields, within the center of an interiorized cosmic egg, whose outer boundary is defined energetically by the well known microcosmic orbit (also found in One Cloud’s first nei dan formula). Each succeeding formula gradually awakens and enlivens the egg’s deeper dimensions. The adept’s power of communication with deep levels of the Qi field eventually signals the latent Original Self (a pearl-like embryo inside the energy egg) to birth its immortal body of light, which then flies freely between all Heavens. There can be no rigid hierarchy in this cosmic process of regeneration, as every level needs the others to complete the process. A grandparent may be wiser than its grandchild, but it needs the child’s vigor as a receptacle for its wisdom.

The doorways to these inner heavens are found inside the adept’s body, in the center of a shifting cauldron or tripod (“ting”). The image of this three legged cauldron symbolizes the three currents of the Qi field (yin, yang, yuan) being cooked into their primordial unity. Its metal nature hints at the alchemical function of the po spirit, the “white tiger” shen that rules metal Qi and lungs, to transform itself from impure lead into gold. The po, the most selfish and earth-bound shen, with each formula gradually becomes the container or cauldron for universal consciousness. This alchemical transformation (“hua”) is accomplished within the cauldron’s inner space, an elixir field (dan tien) that is created by the cooking or coupling of yin and yang forces.

The dan tien is an interdimensional portal into an inner space where all Qi completes itself by returning to its original state of primordial unity. The dan tien has no physical location within the body, although it has nexus points in the belly, heart, and head connecting it to personal physical, mental, and spiritual functions. The shape of the alchemical cauldron is a cube within a sphere. This cube touches the sphere at eight points, suggesting the eight forces of the Qi field of Heaven and Earth (symbolized by eight trigrams of the I Ching) finding a common meeting place. The dimensional opening into the pre-natal space of the dan tien is known by various alchemical code names, such as the Mysterious Female or Mysterious Pass. In One Cloud’s formulas, this opening is energetically symbolized by a vesica piscis, the eye formed by two intersecting circles or spheres of yin-yang Qi. (17)

This vesica holds open a portal into Early Heaven (alchemical code: “true earth”) between the “water and fire” spheres that control Later Heaven. From this portal within the cauldron arise neutral clouds of “steam”, yuan Qi birthing within the body. The internally generated vapors of yuan Qi are circulated in various energy channels of the adept’s body and in the three dan tiens, dissolving any Later Heaven patterns of false yin or false yang within the adept and replacing them with the harmony of True Yang and True Yin Qi. These patterns could take the form of physical, sexual, emotional, mental or spiritual imbalances in the adept, which have been acquired in this life or inherited from ancestors.

The vesica acts as a doorway of communication between the five post natal vital organ spirits (jing shen) and the one prenatal original spirit (yuan shen). Multiple refinings of the post natal yin-yang Qi can cause the yuan jing to crystallize into a pearl of golden radiant light within the refining vessel of the adept’s cauldron. This pearl stabilizes the vibrational communication between one’s physical self and the deep intelligence of nature, and may be experienced as calmness, a sublime peace, or an unconditionally accepting presence. It is the ground that has the potential for maturing into a golden light body of the Immortal self. The benefit of neidan is not only for personal evolution. When the adept shape shifts their Qi field through deep communication with the mind of the Dao, it shifts the entire Qi field of 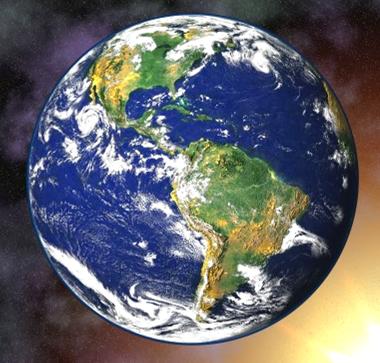 Through the portal of the Mysterious Female opened by the adept in the dan tien, hungry ghosts may pass to freedom and other ancestral spirits may speed their progress to completion. (18) The very presence of the alchemical adept as a living, deeply integrated body-spirit shifts the paradigm for the family and community: internal harmony precedes external harmony. (19) On a simpler level, my experience of Daoist internal alchemy is that it opens up an internal space in the meditator that is so deeply embodied that it’s process continues undisturbed even when one returns to worldly activities.

Where does this alchemical process take the adept? After working through all seven formulas, having achieved clear and effortless communication with all of the many levels of collective intelligence embodied within Nature, the adept stands at the doorway to the

Supreme Unknown. Having lived virtuously and transformed one’s personal essences into original essence, one re-enters the primordial chaos-unity in order to merge with the profound and paradoxically unknowable Dao as oneself. This is not the end, but rather marks a new beginning of conscious creation. The adept may now function simultaneously within all.

(17) The “squaring of the circle” and vesica piscis are nearly universal icons in eastern and western alchemical systems, suggesting that the symmetries of sacred geometry are an important part of the grammar of Nature’s deep language. The “egg” formed by the microcosmic orbit and the vortices inside the egg’s axis created by spiraling internal ba gua shapes are another yin-yang pair. In nei dan, these shapes are always moving volumetric geometries found within the adept’s interior cosmos.

(18) Hungry ghosts (“po”), the earthbound soul fragments of deceased humans, are the unintegrated body spirits that lack the will and the yuan Qi to bind them to the celestial aspect of human souls (“hun”) normally absorbed back into Early Heaven at death. These people have often died of trauma or with deep psychic conflict. During my neidan retreats, the group yuan Qi field seems to attract them. I often witness (by inner vision) a steady parade of faces passing through the vesica opening which I believe are hungry ghosts. They range in number from dozens to hundreds, and most appear around age 20 -25, the ideal healthy age the dead soul fragments see themselves at even if they died much older. The kinds of faces and their dress vary with geographical location. This occurs spontaneously, without any invocation or visualization on my part.

Look for Daoist Internal Alchemy: A Deep Language for Communicating with Nature’s Intelligence Part 4 in the next issue of Yang-Sheng

You may be interested in the previous parts of this series;

Michael Winn is the founder of Healing Tao University with 30 Tao summer retreats in Asheville, N.C. and is the past President of the National Qigong Association. Michael has over 30 years experience in Taoist arts and leads an annual China Dream Trip. He has co-authored 7 books with Mantak Chia, and is also the author of 10 Qigong and Inner Alchemy home study courses, as well as a free e-book, Way of the Inner Smile.All are available on www.HealingTaoUSA.com or call: 888-999-0555

This entry was posted in Daoism, From the Master and tagged internal alchemy, Qigong. Bookmark the permalink.