The Healer is the Spirit Being Within…

Is it possible that the healer within is a spirit being that inhabits our human host body?  If this is possible, could this healer within be the one that exists beyond the body?  Or is it as others believe that we are only the physical body that ceases to exist after death?

There are many people who believe that we survive after death.  I believe that a spirit being does live within the human body.   We are all explorers learning and seeking for truth.  While searching I came across a very unusual energy healing method.  With this method, I was able to reach a much higher level of energy work than I had ever reached before.  I found out that there is more to this “healer within” than I could have reasonably anticipated.

It was during my early training I found out how much I was controlled emotionally, by my body’s hormones.  For a while, I actually thought that when I looked into the mirror I was this human animal body.  However, after practicing this new Chi energy method, I now know that I am a “spirit being”.

Yes, I am saying that I am a spirit being in a human animal body that was divinely set in place for an earthly experience.  During this development of becoming super sensitive from this Chi energy method, I became aware that my spirit could separate from my body. 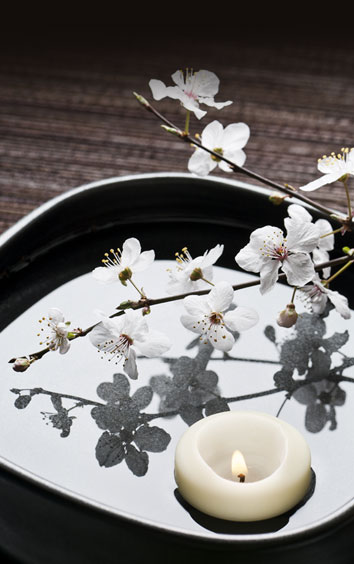 Perhaps you may think that I’m speaking psychologically of my inner voice, inner child or higher self however, this is not the case.  In only six months of building up my nerve fibers, I started to physically feel the reality of my spirit being.   Doing these specially designed energy exercises gave me a deep level of calmness, which was all new to me.  As the training months past, I found that I was feeling good and was more flexible with others.  I never realized how tight I was inside my own body even though I had been doing meditation, yoga and Qigong as a daily practice for most of my life.

The Tri-concept is using an energy form with a good feeling and cool temperature.  What I learned in the method was how temperature has to be accounted for while doing energy work.  Refer to the different scientific reference articles on why this temperature factor is true.  Looking back, I realized I could have never made this distinction between the human body and the spirit being because of the inherent flaws in the energy methods I had studied.   It was when I trained in this new energy method with the Tri-concept that I learned to feel my spirit being.

The Tri-concept is using an energy form with a good feeling and cool temperature.  What I learned in the method was how temperature has to be accounted for while doing energy work.  I used cool packs to reach a good feeling and cool temperature.  They were the best training device for learning how to cool the body and mind.  By using an ice pack wrapped in a small towel and applying it to areas such as the back of the neck, chest or stomach, I slowed down my mind.  I then found it was much easier to get into a good mood.

I also learned how to use the Tri-concept to guide the “energy form” through different parts of my body.  When I didn’t use the Tri-concept I would have bad or painful side effects because I cultivating large amounts of energy.  I found this unique energy method was much too strong to use without this Tri-concept.  I first felt the difference between my body and my spirit being after feeling a series of different unusual sensations.  The sensations felt like moving energy that started becoming more pressurized and dense.  After a while, the energy morphed into a useable form that I could physically feel.   As a result, I actually felt the physical difference between my animal body and my spirit being, for the first time.

This unique energy method also showed me how my body’s pheromones and natural killer cells are directly affected by the way I did my energy exercises.  These are topics that were never covered in the different other energy methods that I studied.  The method explained how using this Tri-concept is the best way to release my natural killer cells. Our bodies Natural Killer cells are our last line of defense against viruses.  (refer to the article: Natural Killer Cells http://www.chienergyheals.com/2011/06/5041.)

By learning to cultivate large amounts of Qi or bioenergy in this specific way, I was able to bring out my spirit.  In the past, when I heard people talking about remote viewing, astral projection or out of body experiences, I could only think of these events in abstract or a metaphysical way.  I found out that skills like this are obtainable with the right type of training. 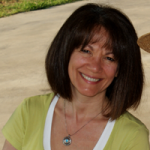 [Certified Instructor Sifu Cindy Cicero is the Director at the School of Bioenergywww.chienergyheals.com] chienergyheals@gmail.com (919) 771-7800.Cindy is also a certified Chi Energy Instructor skilled in bioenergy healing techniques and mentoring. Sifu Cicero has over 20 years experience in energy work and 12 years experience in teaching energy skills. Cindy Cicero is a Mindfulness Based Stress Reduction Meditation teacher who has studied under doctors Jon Kabat-Zinn and Saki Santorelli from the University of Massachusetts Medical School, and Dr. Jeff Brantley of Duke University’s Center for Integrative Medicine, .Nationally Certified in Therapeutic Massage and Bodywork by the International Oriental Bodywork Association and licensed in the state of North Carolina, Certified as a Spring Forest Qigong Healer and Teacher, Certified as a Yoga Teacher & Yoga Therapist in the Kripalu Yogic Healing Tradition, Certified in the Eastern Institute of Transpersonal Hypnotherapy, Member of the Rhine Center Parapsychology Center, Member & volunteer on the Board of Directors for the Qigong Institute]

2 Responses to The Healer is the Spirit Being Within…