From The Master – Reflections on The Chinese and Mexican Calendars

Reflections on The Chinese and Mexican Calendars

China and Mexico are the only ancient cultures in the world that have a two-part calendrical system. In China, each day, like each year, is associated with an element and an animal: Earth ox, Fire monkey, Wood dragon, etc. The New Year that begins on February 10, 2013 is Water Snake. Similarly, in the ancient Mayan and Aztec calendars, each day is identified by a number and a day name, generally taken from a natural phenomenon. For example, in the Mayan Tzolk’in Calendar one might be born on a 3 Waterlily day. Or in the Aztec Tonalpohualli Calendar, an event occurring on the day 4 Water might have special significance. Both cultures, Chinese and Mexican, also have prophetic traditions. 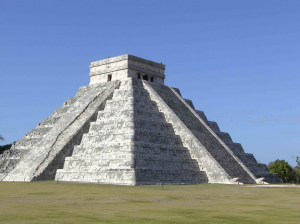 In the Mayan and Aztec calendars, December 21, 2012 marked the end of a great cycle (which according to some accounts lasted 5126 years) and the beginning of a new one. Unlike the New Age Doomsday prophets, this is not considered the end of the world, only the end of one cycle and beginning of another. The generally different attitudes of indigenous people and EuroAmericans about “time”, point to an important cultural difference. If time is considered a straight line from point A to point B, then a beginning and an end are necessary. But if life is a circle and a cycle, as all natural phenomena are—spring-summer-autumn-winter, infancy to the second childhood of old age to compost to birth again- then there is no beginning and no end, and one always has the possibility of living from the center. In fact, it is only by living from the center, from a place of wisdom, that we can live in balance. The indigenous people of the Americas warn that although we are in a new cycle, it may not be the same as the last. If we poison the earth and pollute the waters, how can the same flowers bloom?

Few realize that 2012 also marked a juncture in an important Daoist calendar. More than 1500 years ago, a Daoist scripture known as The Annals of the Sage Who Is To Come (Shang Qing Hou Sheng Dao Jun Lie Ji) predicted an imminent apocalypse in which the wicked would be exterminated by plagues, war, and flood. Only those who followed the Dao (the Way of Nature) and lived in the mountains would survive. Furthermore, Lao Zi, the founder of Daoist philosophy, would return to earth in his divine form as Tai Shang Lao Jun, The Most High Lord Lao. These events were prophesied to occur in the ren chen, water dragon year 512 A.D. Daoists prepared themselves for the new world by reciting sacred texts and practicing qigong. When the renaissance did not occur, new dates were calculated. According renowned Daoist scholar and author (and my former professor), Dr. Michel Strickmann, the proper date for the Daoist end/beginning is the water dragon year of 2012. 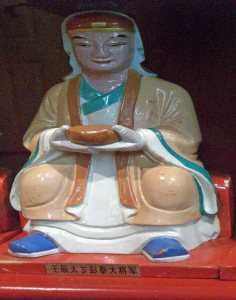 How do I interpret this strange congruence of dates, cycles, and prophecies? Daoists and Mayan priests agree that the world is in a dire state, and we need to make radical and difficult changes to protect the environment. A few months ago, the New York Times reported that Arctic Sea ice has shrunk 18% in the past five years and is predicted to be completely gone within the next two years! Recently the World Council of Churches, representing 349 churches and more than 560 million Christians worldwide issued a statement that is echoes the view of many ancient cultures. “The World Council of Churches believes that the whole Earth community deserves to benefit from the bounties of creation… Climate change is happening! It is imperative to act now without more delays in view of the serious and potentially irreversible impacts of climate change.”

What a shame that today many of us must practice qigong just to mitigate the effects of pollution! Wouldn’t it be better if the air we breathed were filled with pure, natural qi, and we needed no energetic filters? Then every breath would be qigong, and we could practice Standing Meditation or the Five Animal Frolics to celebrate our beautiful world! 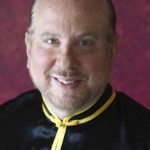 Kenneth Cohen is a renowned Qigong and Taiji Quan Master with more than 40 years of experience. He is the author of The Way of Qigong (Random House) and the winner of the leading international award in energy medicine, The Alyce and Elmer Green Award for Innovation and Lifetime Achievement. His work has been sponsored by the Mayo Clinic, the American Cancer Society, Health Canada, and numerous medical schools and conferences. For a schedule of his upcoming lectures and workshops, please see his web calendar at www.qigonghealing.com To host an event, you may write to him at info@qigonghealing.com

This entry was posted in From the Master and tagged artic sea, calendars, chinese, cycles, Daoist, daoist calendar, doomsday, five animal frolics, indigenous, mayan, mexican, new year, Qigong, standing meditation, the annals of the sage who is to come. Bookmark the permalink.