What is Yoga? Yoga Therapy?

What is Yoga?  Yoga Therapy? 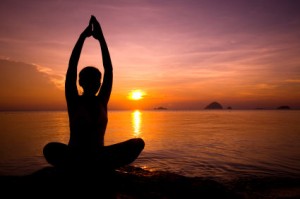 Most people have erroneous ideas about classical Yoga. Yoga was a spiritual discipline. There were moral precepts and prohibitions that disciples had to follow. In addition, there could be dietary restrictions. Yoga had other paths to enlightenment besides asanas, breathing and meditation, such as, prayer, faith and knowledge. The chosen path was determined by the Guru after analyzing the individual. In some instances any form or exercise was contraindicated. No connection to physical conditioning or health appears in the Vedic literature. You could not pay for Yoga lessons and only received new instructions when your Guru thought you had made sufficient progress. See–http://en.wikipedia.org/wiki/Yoga

Be cautious about recommending so-called Yoga to patients, especially the elderly. Patients with injuries from practicing Yoga are a common occurrence in our Traditional Chinese Medicine (TCM) clinic. Many teachers have made-up their own style ranging from almost no stretching to extreme contortions, not holding postures, practicing in a sauna-like room, using weights, etc.  You can injure yourself – see

Generally, scientists have little knowledge of Yoga and so cannot select qualified teachers for their subjects. The sample size is frequently too small and there is no control group. For example, recent research shows that regular, moderate stretching improves sport’s performance, probably by increasing muscle strength. A control group that just stretches could be used. Finally, experiments are difficult to duplicate because many teachers have their own style.

Another reason why such clinical trials are difficult to evaluate is the subjects are not tracked daily. Anyone who has taught any subject that requires daily practice knows that some people do not practice at home while others are fanatical. In addition, the pupil’s report of the amount of daily practice is often erroneous.

The rational use of “Yoga” as a therapy requires research into incorporating it with Ayurvedic medicine, just as Qigong is a branch of TCM – see http://www.banyanbotanicals.com/yoga/yogaandayurveda/

Postures should be individually assigned after an Ayurvedic diagnosis. This requires training in Ayurvedic medicine to examine the patient. The diagnosis consists of a past medical history, looking, feeling, questioning the patient and examining the patient. This includes Ayurvedic pulse taking. Then you must know the effects of the postures in Ayurvedic terms (pitta,vata,kapha) in order to select proper postures. The same procedure should be used for selecting proper breathing and meditation exercises.

Finally, to satisfy western doctors, the results should be explained in terms of western science.

[Dr. Eisen is a retired scientist, who constructed mathematical models in medicine. He has studied and taught Judo, Shotokan Karate, Aikido, Qigong, Praying Mantis Kung Fu, and Tai Chi in different places.  He took correspondence courses in Chinese herbology and studied other branches of Chinese medicine with a traditional Chinese medical doctor.  He was the Director of Education of the Chinese Medicine and Acupuncture Institute in Upper Darby, P.A.]

By profession, Dr. Eisen was a university Professor specializing in constructing mathematical models such as those in cancer chemotherapy and epilepsy. He has studied and taught Yoga, Judo, and Aikido. Dr. Eisen was the founder and chief-instructor of the Shotokan Karate Clubs at Carnegie-Mellon and Dusquene Universities and the University of Pittsburgh. He helped teach Yoga in Graterford prison. His curiousity about the relation of Qi to healing and martial arts led him to study TCM, Tai Chi and Praying Mantis Kung Fu. He was initiated as a Disciple of Master Gin Foon Mark. Dr. Eisen now teaches (at his Kwoon and by webcam), writes and researches Praying Mantis, Qigong and Yang Tai Chi - see http://home.comcast.net/~carolezak
View all posts by Martin Eisen →
This entry was posted in Scientific Qi Exploration, Yoga and tagged ayurveda, health, meditation, seniors, stretching, yoga, yoga therapy. Bookmark the permalink.

3 Responses to What is Yoga? Yoga Therapy?